As part of the University's Tomorrow Matters event series for 2021, we are hosting two exciting new Global Choices online Q&A sessions in February.

Global Choices is a series of high profile public talks by leading artists, politicians, campaigners and diplomats discussing some of the major cultural, economic and political public issues of our age.

These inspiring public lectures have addressed some of the most complex and pressing challenges facing the world today and have asked questions of people who have been witness to - and, in some cases, participants in major world events.

Shaking Things Up: A Decade in the Chair 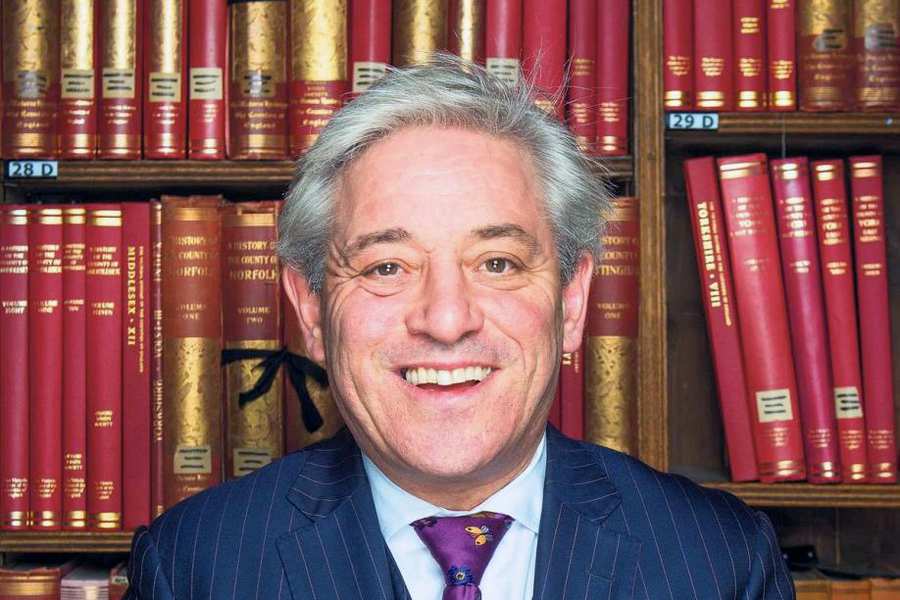 Speaker: John Bercow, former Speaker of the House of Commons

The Speaker of the House of Commons is one of the most senior offices in the British parliamentary system. Though, in the modern era, expected to be politically impartial, in a near 700-year history of the role Speakers have never been shy of courting controversy, even if it means setting themselves against monarchs and prime ministers.

Few, however, can claim to have attracted quite the global attention of the Rt. Hon. John Bercow, Speaker of the House of Commons for a decade until standing down from the role in October 2019. It was during the Brexit debates in the House of Commons that his declared intention to ensure that parliament held the government to account was made plain.

In recent years, he has clashed with Theresa May and, subsequently, Boris Johnson over the legislative agenda on Brexit. More widely, he has been praised for his efforts to enable MPs greater scrutiny of government ministers, perhaps no more so than December 2018 when he allowed an alliance of opposition MPs to bring forward a motion of contempt in the government.

After studying government at the University of Essex, John Bercow went on to work initially in banking, before entering politics as a councillor in London and later as a special adviser to numerous senior Conservative government ministers. He entered parliament as MP for Buckingham in 1997, and held the seat until standing down at the General Election in December 2019. He held a variety of shadow cabinet positions before standing for election to become Speaker of the House of Commons in June 2009. His autobiography, Unspeakable, has just been published. 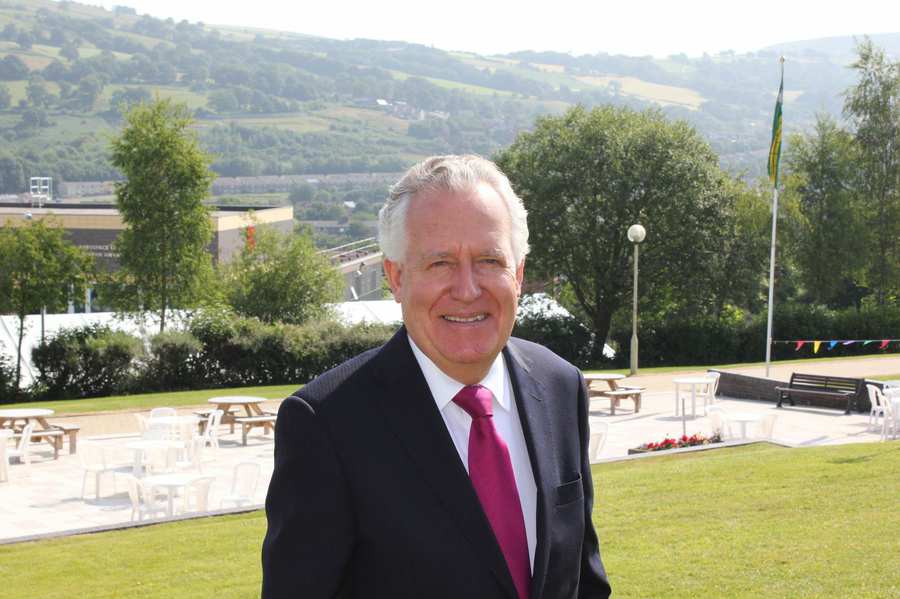 2020 marks the 30th anniversary of the release of Nelson Mandela from prison, simultaneously ending a period of incarceration which stretched over three decades and the beginning of the end of the apartheid system in South Africa which had endured throughout the second half of the twentieth century.

Following his release from prison, Nelson Mandela went on to become one of the most widely recognised figures in the world, revered for his for his commitment to reconciling differences and overcoming divisions. Last year, the BBC’s ‘Icons’ programme named Mandela the greatest leader of the twentieth century, ahead of Margaret Thatcher, Franklin D. Roosevelt and Winston Churchill.

What are the characteristics and values which Mandela embodied and which, as his struggle recedes into history, should continue to be remembered by future generations. Closer to home, how should we understand Mandela’s legacy for Africa, and for South Africa more particularly?

To address these questions, we welcomed back to campus Peter Hain, one of the leading figures in the campaign against apartheid and someone who came to know Mandela personally. After a childhood spent in South Africa, Peter Hain moved to Britain following his parents’ exile for their role in the anti-apartheid movement.

During a long career at the top of British politics, he held a succession of Cabinet posts, including Secretary of State for Wales and Secretary of State for Northern Ireland, respectively. He has published over a dozen books, including his autobiography, Outside In, and, most recently, Nelson Mandela – His Essential Life. He has been a Visiting Professor at the University of South Wales since 2015. 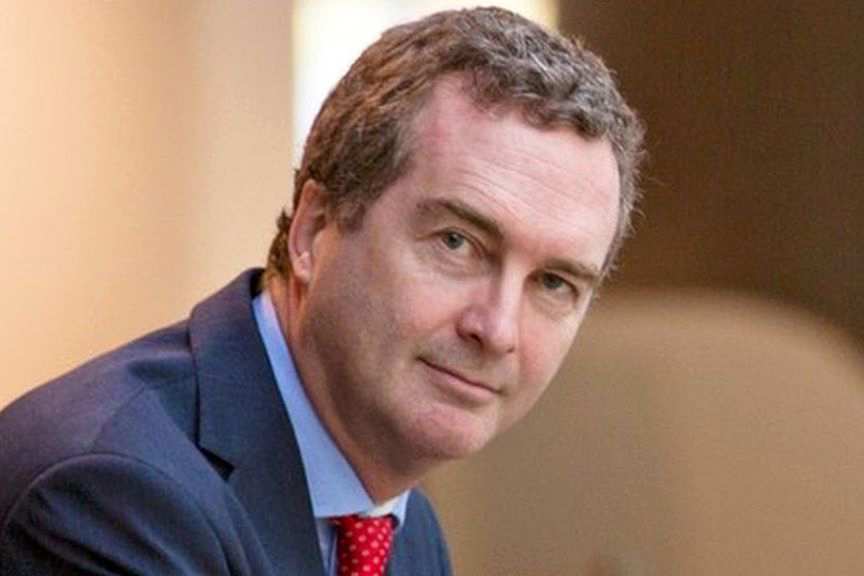 Arguably the most powerful form of new security challenge facing states across the world today is in encapsulated in the term ‘cyber security’. From relatively public obscurity a decade ago, it is now seen to be a field which has the potential to impact on all parts of society, from citizens to corporations, and, most fundamentally, on the ability of states to provide for national security.

Senior figures in the intelligence communities in the UK and USA already speak of the West being locked in ‘cyber conflict’, if not ‘cyber war’, with Russia, following allegations of hacking of elections in France, Germany and the USA, among other incidents. The issue of whether or not to allow foreign technology companies, such as China’s Huawei, a role in national technology infrastructure also represents another major area of public concern, and, in the UK, one which is central to the development of the country’s 5G network.

At a time when technology is fast becoming an integral feature of almost every aspect of life in modern societies, from communications to health care and from energy to commerce, how can governments best manage the security of our national interests? More particularly, how should the UK government engage with its Russian and Chinese counterparts to ensure cyber security does not become a major fault-line in east-west relations?

To address these issues, we welcome to the campus a former senior figure from GCHQ, the branch of the British intelligence services responsible for the nation’s cyber security. This a rare opportunity to discuss one of the most significant challenges we face not only here in the UK, but also globally. 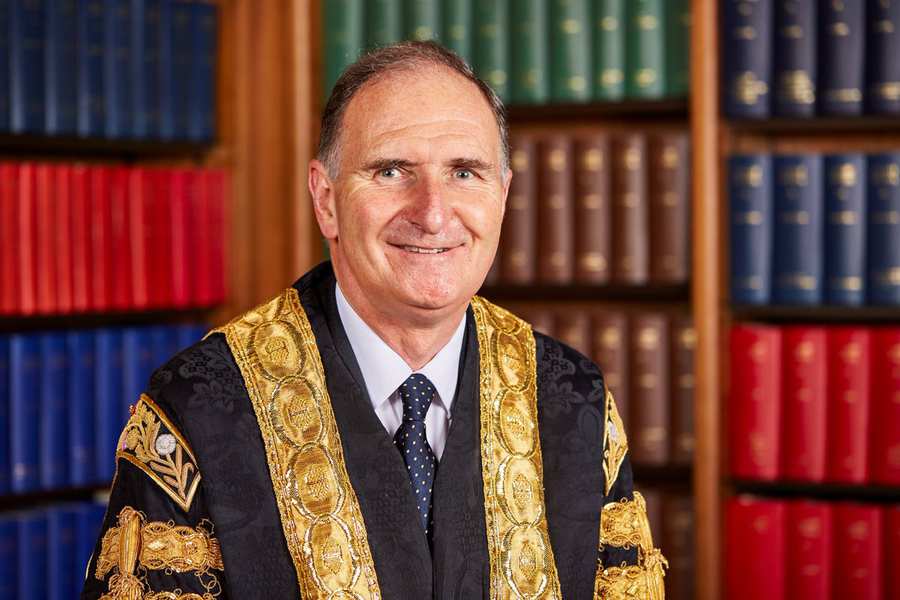 Speaker: Lord Lloyd-Jones, Justice of the Supreme Court of the United Kingdom

The last century has witnessed the growth of a substantive body of international law governing the relations between the world’s nation-states, but its increased use to protect the rights of individuals represents a potentially significant blurring of the boundary between national and international jurisdictions.

What principles might guide the resolution of disputes in this increasingly complex field? To address these matters, we are delighted to welcome to the university one of the foremost experts in the UK on international public law.

Lord Lloyd-Jones was educated at Pontypridd Boys’ Grammar School and Downing College, Cambridge. Called to the bar in 1975, he was later appointed Queen’s Counsel in 1999. Lord Lloyd-Jones has acted in numerous high profile proceedings, including the Pinochet extradition litigation and the ‘Bloody Sunday’ and Hutton inquiries. He was appointed as a Justice to the Supreme Court of the United Kingdom in 2012.

‘The Liberal Idea has become Obsolete’: The World According to Vladimir Putin 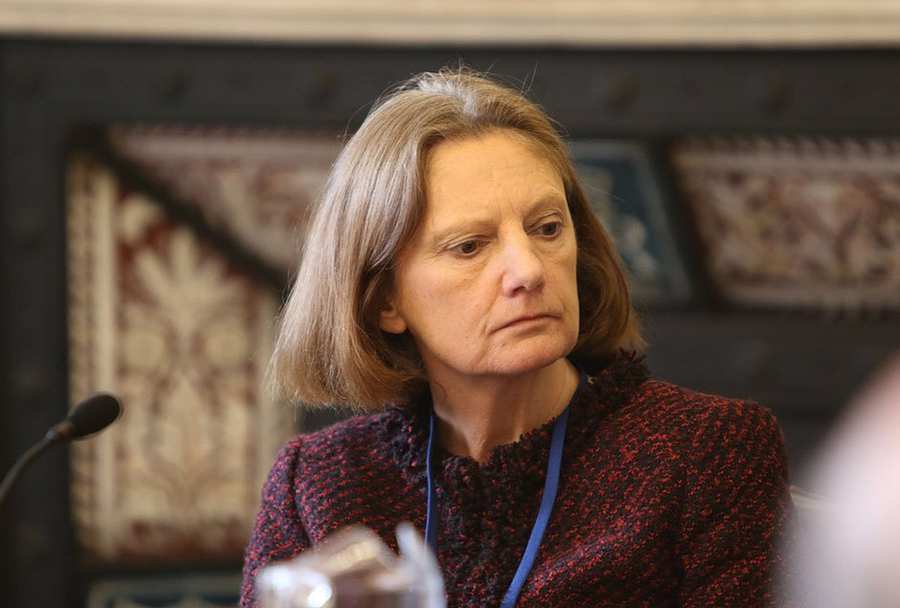 In a an interview given to the Financial Times in the summer, Vladimir Putin told British journalists that the rise of Donald Trump, the growing support for right wing populists in different parts of Europe, and, in the UK, Brexit, highlight that the liberal ideal which has long-guided western governments ‘has outlived its purpose’. Political elites which openly advocate support for cultural, religious and sexual diversity, he argued, are out of touch with voters who want a return to national traditions and ‘traditional values’.

Vladimir Putin is the longest serving leader of any of the major world powers, and a rival viewed both warily and admiringly by Donald Trump. How do such views shape Russia’s interactions with European governments, as well as that of the USA? In particular, how do they inform Russia’s policy towards its EU neighbours in the Baltics and in eastern Europe? To address these issues we welcome to campus Dame Anne Pringle, who, as British Ambassador to Russia (2008-2011), is a leading expert on the country and a close observer of President Putin.

Watch a recording of the lecture here. 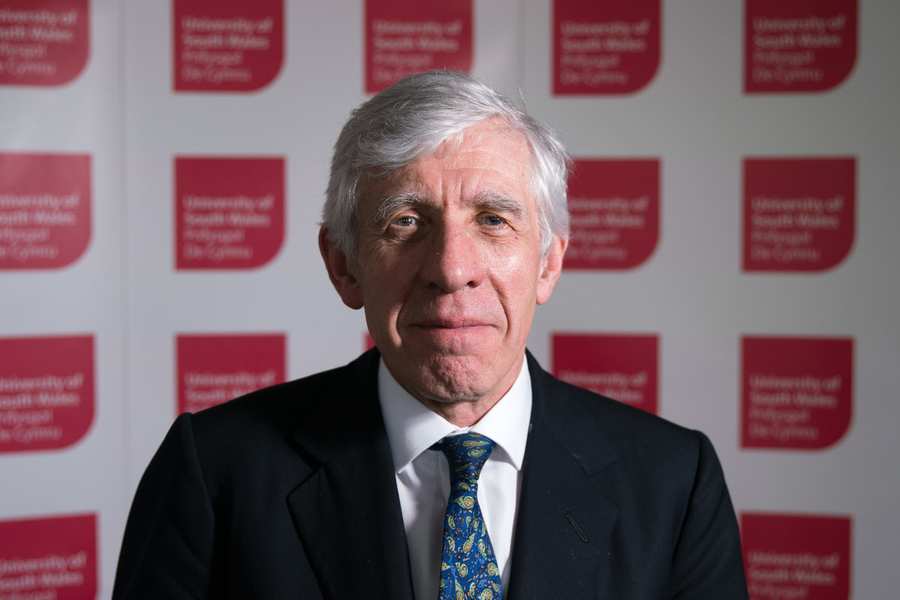 Home to one of the world’s oldest civilisations, and the source of a significant share of global gas and oil reserves, Iran is a strategically important member of the international community. It is also a country with which the UK has been at odds for much of the last forty years, since the 1979 Islamic Revolution.

Many in the UK – and in the US – share the view of Iran as a ‘rogue state’. Events over the last few months have dramatically heightened tensions, from its seizure of British and US oil tankers to growing concerns about its nuclear programme. Donald Trump has threatened Iran with military action, while Boris Johnson is under pressure to sever diplomatic channels. How should the UK respond?

To address this question, we welcome to campus the Rt. Hon Jack Straw, former British Foreign Secretary, and the author of a widely-praised new book published during the summer, The English Job: Understanding Iran and Why it Distrusts Britain. Jack Straw served as the MP for Blackburn (1979-2015). He held a succession of the most senior posts in government, including Home Secretary, Foreign Secretary and Lord Chancellor.

War with Russia: a Fantastical Notion? 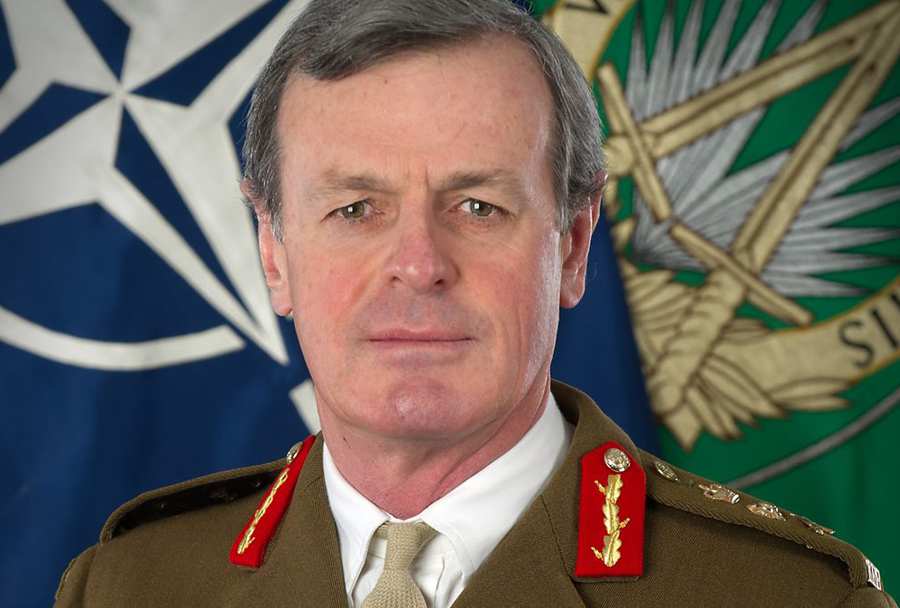 Thirty years after the end of the Cold War, UK intelligence experts point to a growing security threat from Russia. Whether through propaganda, espionage or cyber attacks, the threat from Russia represents a significant challenge, once again, to national security.

Russian state involvement in the conflicts in Crime and Syria, also pose challenges to the wider stability of the internationality community. What, however, of the prospect of any direct clash between British and Russian forces? Is it possible that Russian activities in Ukraine may be a portent of further incursions elsewhere in eastern Europe, such as the Baltic states?

To address these questions, we are delighted to welcome to the university Gen. Sir Richard Shirreff, former Deputy Supreme Allied Commander Europe. Born in Kenya, and educated at Oxford University, Sir Richard served in the British Army for nearly 40 years.

He saw active service in the Gulf War 1991. He was made CBE for his service as Commander of the 7thArmoured Brigade in Kosovo and made a Knight Commander of the Order of the Bath in 2010. In 2011, he was promoted to full General and appointed as NATO forces in Europe, a post he held until retirement in 2014. He is the author of The Coming War with Russia (2017). 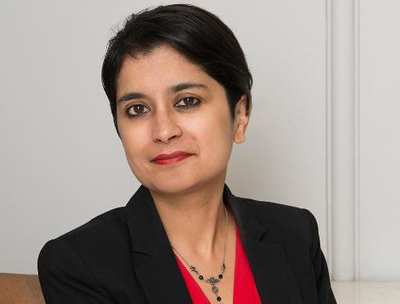 Hear some of our past speakers' views on Brexit, President Trump and more 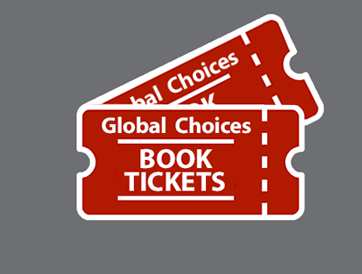