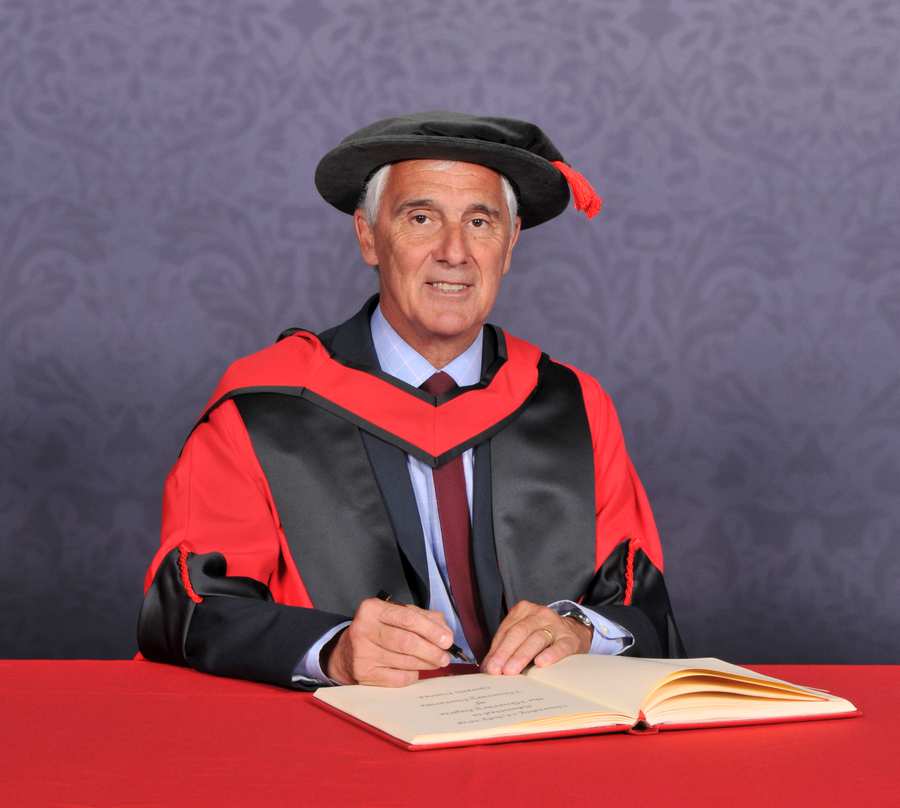 Gareth Davies was awarded an Honorary Doctorate of the University in recognition of his contribution to Welsh and British rugby.

Gareth joined the Board of the Welsh Rugby Union (WRU) in 2014 and was elected as Chairman in the same year.

He is a member of the World Rugby Council, its Executive Committee, as well as being a director of Rugby World Cup Limited, Six Nations Rugby Limited and the British Lions Designated Activity Company and is on the board of EPCR.

A former international fly-half and British and Irish Lions tourist in 1980, he earned 21 caps for his country and captained Wales on five occasions. 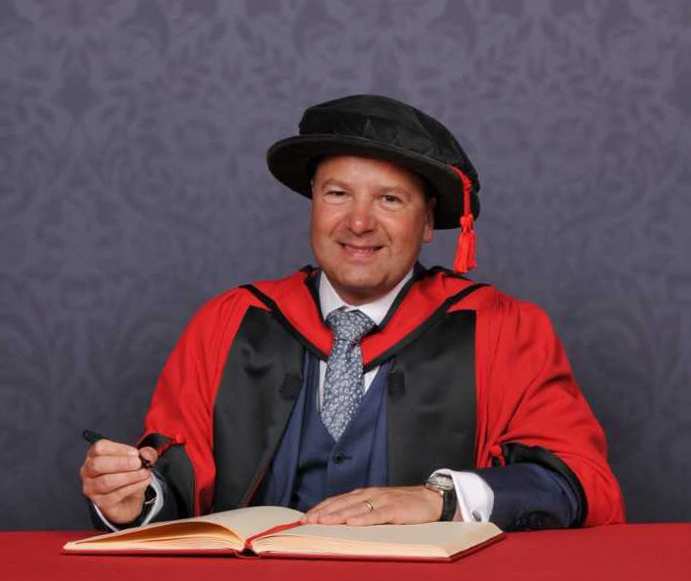 Jonathan Ford was awarded an Honorary Doctorate of the University in recognition of his contribution to the development of Welsh football.

He was appointed to the role of Chief Executive Officer in 2009, and has been widely credited with lifting the FAW's profile and increasing turnover.

During his tenure, Wales has staged its first UEFA competition with the European Women's Under-19s tournament in 2013 before hosting the prestigious Super Cup in 2014.

In the summer of 2017, Cardiff staged the women's and men's Champions League Finals. 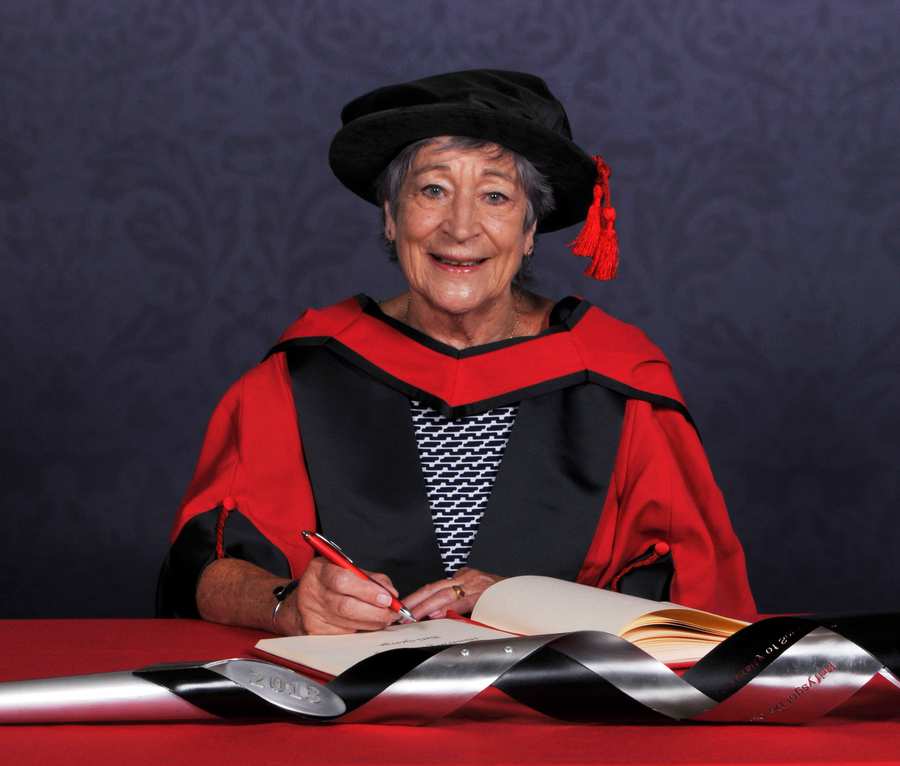 Beti George was awarded an Honorary Fellowship of the University in recognition of her contribution to broadcasting in Wales.

Beti was educated at Cardiff University College and Aberystwyth. After starting her career in teaching at girls and boys grammar schools, she moved to Swansea and worked for the BBC as a correspondent for the Good Morning programme. As well as presenting news on S4C with Gwyn Llewelyn, Beti introduced series of music programmes. 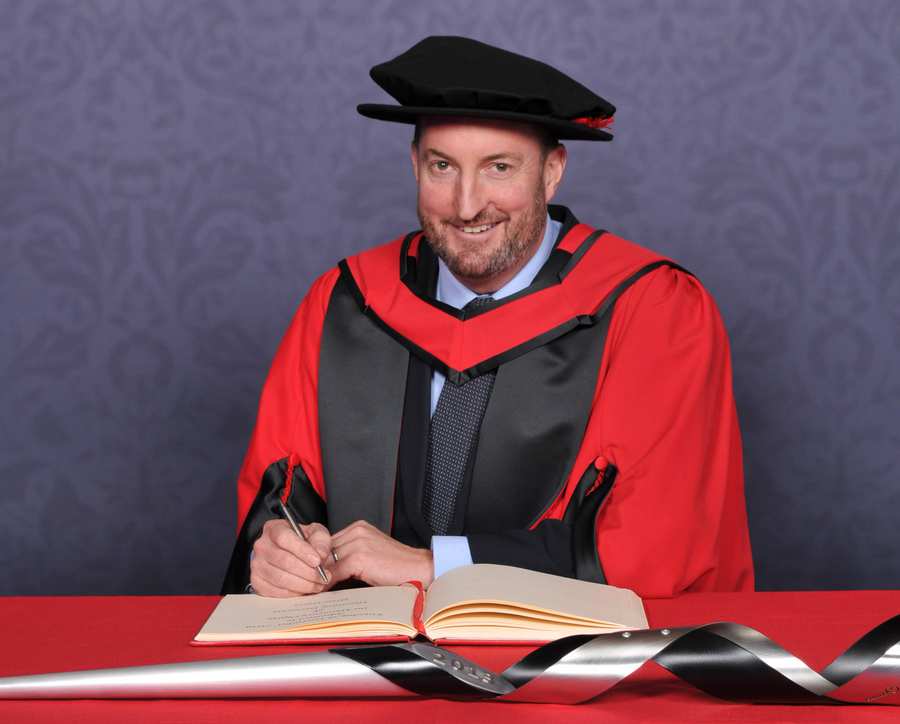 Guto Harri was awarded an Honorary Doctorate of the University in recognition of his contribution to broadcasting and politics.

Born in Cardiff, Guto studied Politics, Philosophy and Economics at Oxford University before undertaking a postgraduate course in Broadcast Journalism. He started his career as a journalist at the South Wales Argus, before moving into Welsh-language radio, national radio and television. He became the BBC’s chief political correspondent in 2002, then North America business correspondent until 2007. In 2008 he was appointed Communications Director for Boris Johnson’s administration as Mayor of London.

Guto joined News International in 2012 as Head of PR and in 2015, became Managing Director of External Communications at Liberty Global, which is owned by Virgin Media. 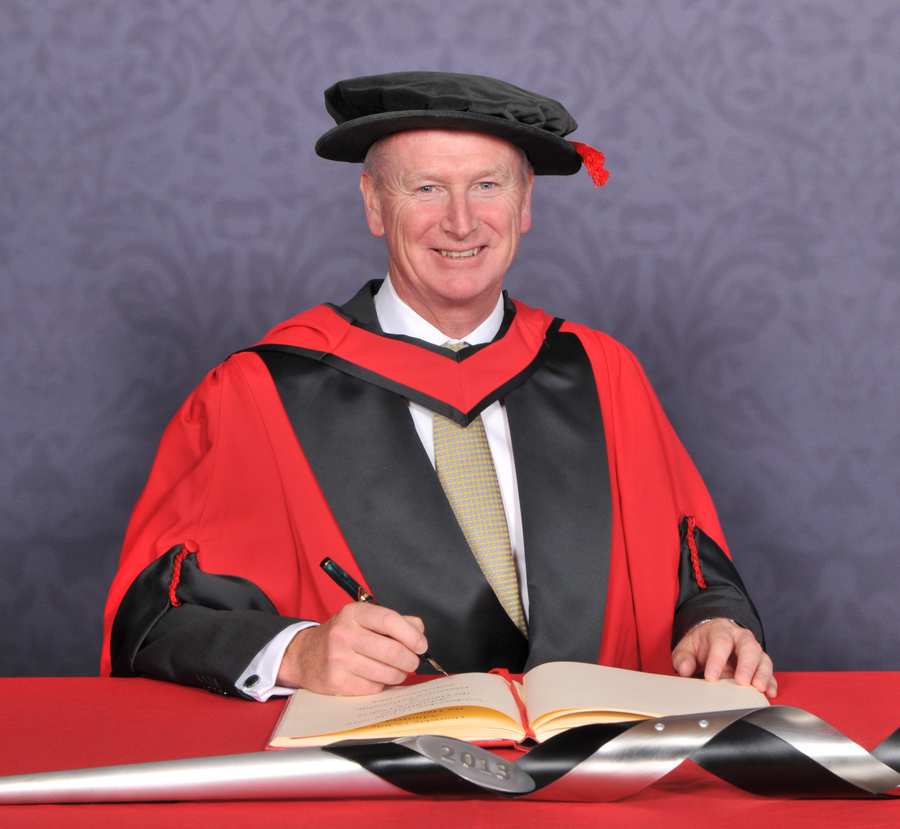 Bob James was awarded an Honorary Fellowship of the University in recognition of his contribution to the aviation engineering industry in the UK.

Bob studied Mechanical and Manufacturing Engineering in 1984 at Loughborough and has a career in aircraft engineering spanning Rolls-Royce PLC, British Airways and General Electric. He is a highly regarded professional in his field having presented at many industry conferences, undertaken expert witness activity and having co-founded TES aviation, an engine management and leasing company that he sold to DVB Bank SE in July 2007.

Mr James subsequently went on to establish Aerfin Limited in September 2010, pursuing his passion for the aviation business through entrepreneurial leadership to provide aftermarket services for commercial aircraft. 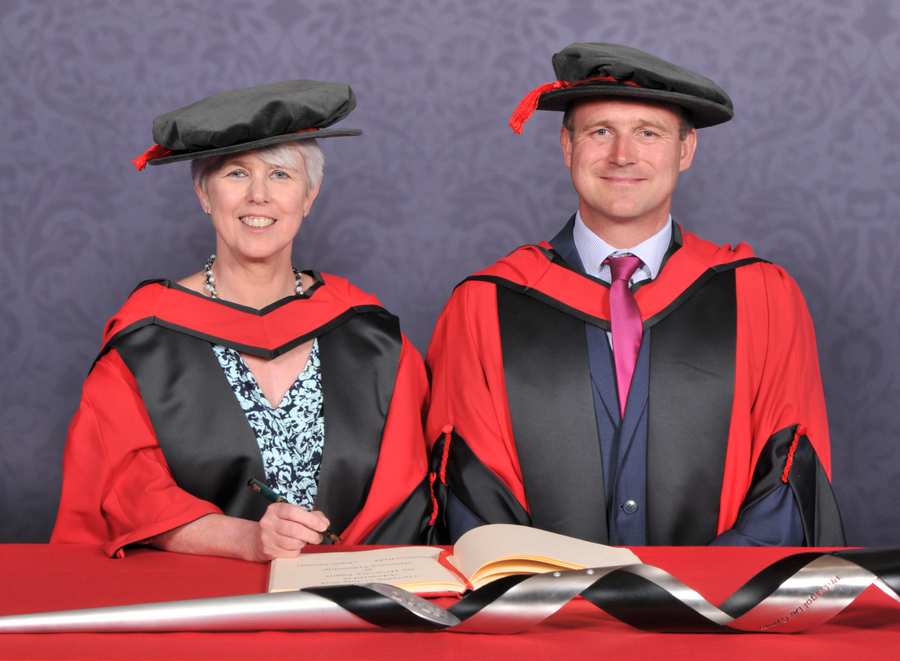 Jayne Nicholls and Jonathan Ridd were awarded Honorary Fellowships of the University in recognition of their work in helping people with learning disabilities.
Following the death of their brother Paul, who suffered from a severe learning disability, Jonathan and Jayne have helped to implement recommendations that will improve the standard of care for adults in a similar position.

After Paul’s death in January 2004, an Ombudsman report was published, highlighting failures within the health board. To create something positive in Paul's memory, Jonathan and Jayne became heavily involved in overseeing the implementation of the Ombudsman’s recommendations. 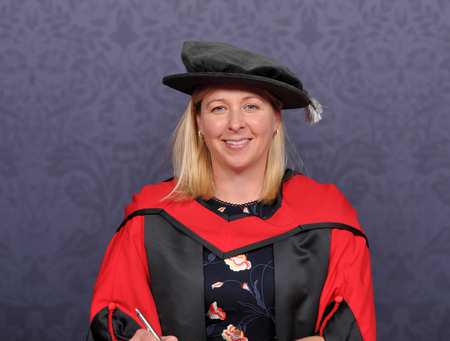 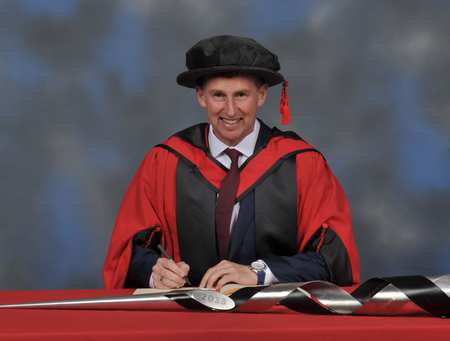 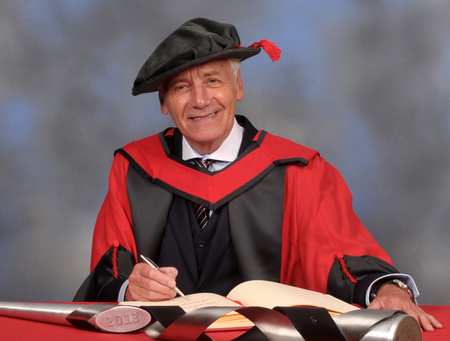 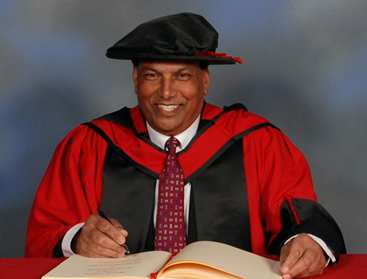 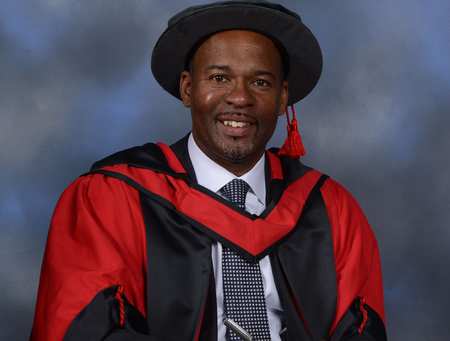 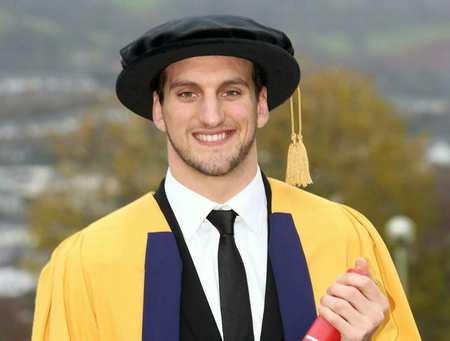