The Board of Governors is the University of South Wales’s governing body. It carries the ultimate responsibility for the University’s educational character and mission and oversight of its activities, including our overall strategic direction and for the management of our finances, property and setting a framework for the pay and conditions of staff.

The Board meets formally at least four times in each academic year. Its membership has a majority of people who are not employed by the University, known as lay members. The Chair of the Board of Governors, Louise Evans, is appointed by the Board of Governors from within the lay category of the membership. The Vice-Chancellor, members of the Executive, a member of the Academic Board and student and staff representatives also serve on the Board. 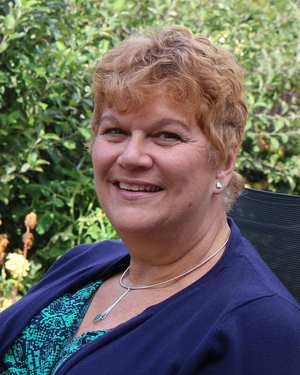 Louise Evans is a retired (2018) executive and former member of the leadership team at Grant Thornton UK LLP. Louise was a Tax Partner in the Cardiff and Bristol Offices of Grant Thornton and worked there from 2000, firstly as Tax Partner, then as Managing Partner of Bristol and Cardiff Offices from 2006.

In 2010 Louise became one of the three members of the Region’s Managing Board. In 2015 she was invited to be a member of Grant Thornton’s national leadership team, and as Business Unit Leader for the South Region, she had overall responsibility for 5 offices and almost 700 employees.

Louise is also a non-executive director of No Fit State Circus and Chair (and a Trustee) for Kidney Wales. Louise is a former international field hockey umpire, an international assessor of umpires and a former board member of the Welsh National Hockey Union. 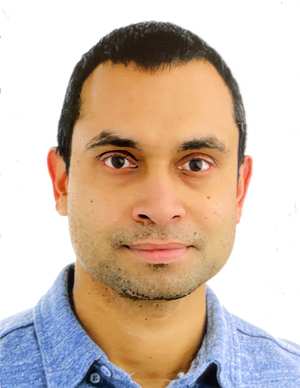 Member of the People & Values Committee: Over the past 20+ years, Sanjay has built and operated global eCommerce businesses in Retail, Travel and Entertainment, and led organizations in six countries across three continents.

He currently serves Amazon.com Europe in multiple capacities, including as General Manager for Amazon Prime, Director for Consumer Marketing, and member of the Management Board for A.E.C.

He served as a member of the Industry Panel for Committee of Advertising Practice, ASA, UK. Sanjay is a Computer Scientist by training, and an alumnus of the London Business School and the Indian Institute of Management. 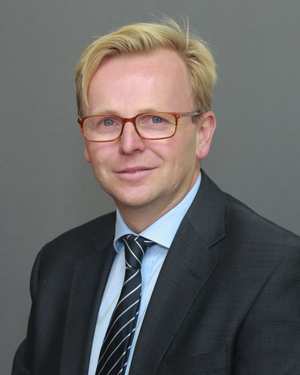 Chair of the Royal Welsh College of Music and Drama (RWCMD) Board of Directors.

John is an experienced leader in investment and private banking, including senior roles at Barclays, Lombard Odier and Goldman Sachs.

Chair of the RWCMD London advisory group and Pimlico Opera and trustee of Orion Orchestra. John lives in London. 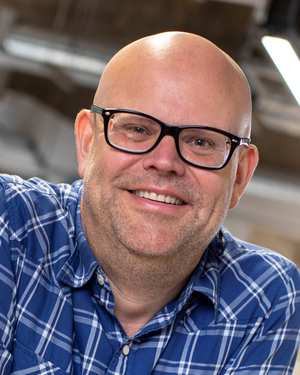 Independent Governor and member of the Audit Committee: David is a chartered accountant, with a career spanning more than 20 years in a variety of global finance roles in large UK corporates including Marks & Spencer and Diageo.

David has lead Finance teams around the world and brings a wide range of experience across all aspects of the finance function from systems and process implementation and governance to commercial finance and pricing, control and compliance, and performance management.

He is also a Non Executive Board member at Brandon Trust, Audit Wales and Hockey Wales. 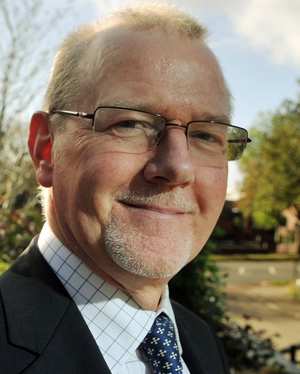 Independent Governor and member of the Audit Committee: Philip was Chief Executive, Higher Education Funding Council for Wales from 2004 – 2012. He is now a higher education consultant.

Recent assignments include advice on higher education restructuring, funding and strategy in Ireland, Trustee of Jisc (the body that provides digital infrastructure and services to UK HE and FE) and chair of its Audit and Risk Committee, and consultant to the 2020 Research Assessment Exercise in Hong Kong.

Prior to HEFCW he was Professor of Government and Technology Policy, and Pro-Vice Chancellor, at the University of Manchester. 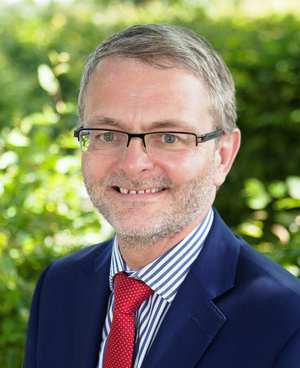 Chair of the Nominations Committee and governor nominee on the Higher Academic Awards Committee: Michael is the former Vice Chancellor of Staffordshire University. 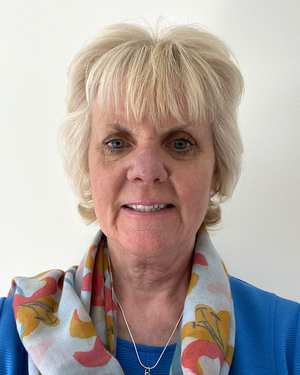 USW Independent Governor and Chair (elect) HR Committee. Debbie is an Executive board level HR professional experienced in the international environment of a FTSE 100/250 plc having transitioned it from IGO status to private, private equity to plc and most recently, integrating four subsidiaries. 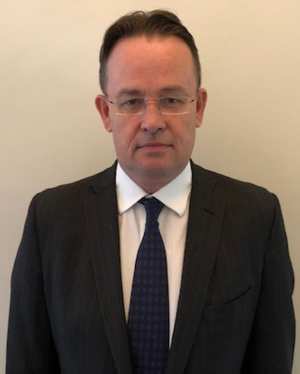 Chair of the Finance and Resources Committee: Previously a Partner for Deloitte, Richard has more than 30 years' experience of finance, M&A and corporate relationship building.

Richard grew up in South Wales and has a law degree from the University of Birmingham. 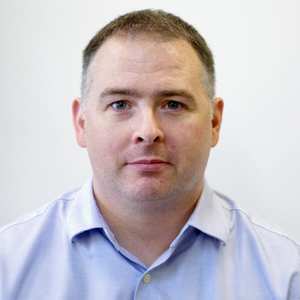 Sion has 25 years’ experience leading brand and marketing teams in the UK, the US and across Europe.

He has led local, national and global organisations encouraging participation in grassroots sport, and was a member of Lancaster University’s Equality, Diversity and Inclusion Committee.

Sion has a degree in European Business Studies from Coventry University and an MBA from Lancaster University. 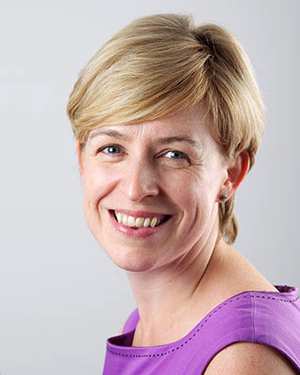 Chair of the Audit Committee: Alison has 20 years’ experience working in finance, delivering service improvement and organisational change and has held a number of leadership roles across public services in Wales.

A Fellow of the Institute of Chartered Accountants in England and Wales (ICAEW), Alison’s early career was spent working with PwC.

Alison has a BA Hons in French and is a graduate of the University of Southampton.

With a background in Electrical/Electronic Engineering and an MSc in Information Systems Management, Michael has held various senior & board level roles in Design & Development, Manufacturing, Project/Programme Management, Strategy, Business Development and Business Management over the last 30 years in the areas of leading edge technology, complex systems, solutions & services primarily within the Security, Defence, Cyber & Information sectors. 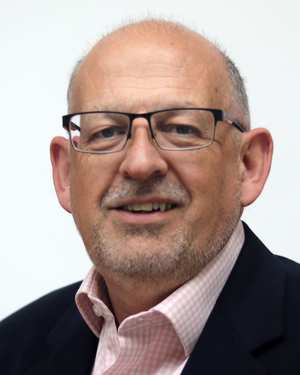 Member of Finance & Resources Committee and Chair of the Board of Directors, Merthyr Tydfil College.

Chris is a chartered surveyor and a past Chair of both CBI Wales and the Central Cardiff Enterprise Zone.

Chris is also a current member of the Investment Panel for Cardiff Capital Region’s City Deal.

He graduated from the Polytechnic of Wales (Treforest campus) in 1988.

Steve has around 20 years’ experience in industry as a leader in digital and marketing disciplines including delivering digital transformations in large, blue chip organisations.

He is currently Chief Digital Officer for Admiral and previous roles include Digital Director at BT, Head of Online at British Gas Business and Head of E-Commerce at O2.

Steve has an MBA from the University of Leicester Management School as well as a Humanities degree and postgraduate qualifications in marketing.

Representative of Academic Board 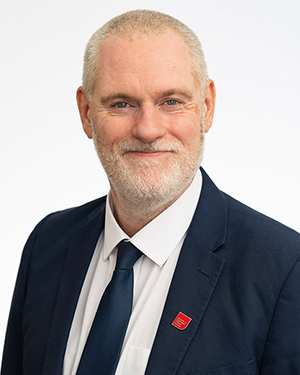 Dr Ben Calvert took up the position of Vice-Chancellor of the University of South Wales in September 2021. Ben joined USW in 2015 as Pro Vice Chancellor for Student Experience, before becoming Deputy Vice Chancellor in 2019.

Prior to joining USW, he worked at the University of Gloucestershire, progressing from being a Course Leader, to Head of Department, to Dean of Faculty; a post that he held for six years.

As a Dean, Ben managed across a broad discipline base including Schools of Media, Humanities, Art and Design and Computing and Technology. He established several new degree courses including Popular Music, Television Production and Radio Production, and was part of a team that secured Skillset Academy accreditation for the School of Media. 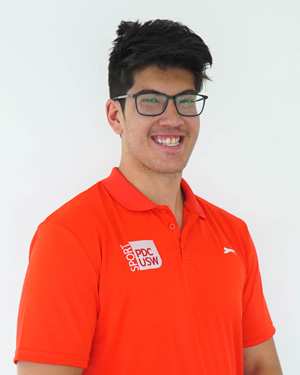 As President of the Students’ Union, David is responsible for leading the Full-time Officer team and ensuring the student voice is heard at a university, local and national level by lobbying and campaigning.

The President is the key communicator between the Union, the University, the NUS and external stakeholders. 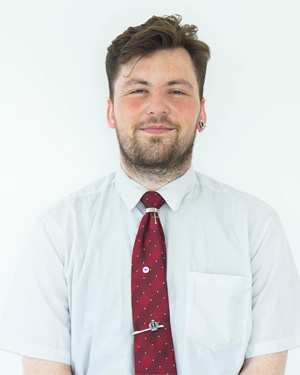 As Education Officer, Kyle represents students across all campuses on matters pertaining to education and academic experience.

Kyle works closely with Course Reps and Student Voice Reps, as well as the Full-time Officer Team to ensure the student voice is heard. 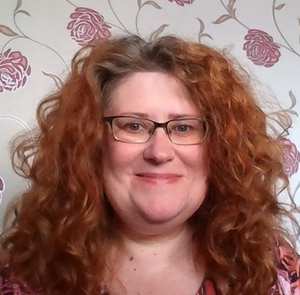 Angela Lewis is currently based in Learning Services, as a Work Placement Partner. She has over 15 years’ experience within the University’s support function, including ten as a Union Rep and more recently as Chair of Unison.

Co-opted Members of the Executive 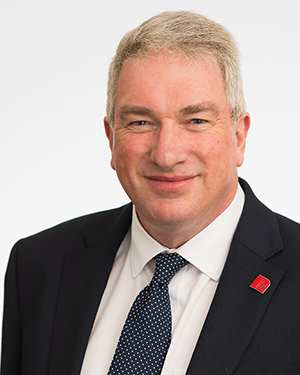 Mark Milton took up the position of Chief Operating Officer of the University in January 2020. He brings with him a wealth of experience as the former Director of People & Organisational Development for Avon & Somerset Police. Spending the early part of his career in the pensions sector, Mark built his expertise in HR, accounting, audit and marketing, while studying at the University of the West of England for professional qualifications in people management and development.

He worked for Prudential and Clerical Medical for 25 years in a number of roles, before taking up the position of a Chief Officer at Wiltshire Police in 2005. This role also included a new collaborative element, with the opportunity to offer strategic advice to a neighbouring force, Gwent Police. Mark joined Avon & Somerset Constabulary in 2017, before taking up his role at USW. He is former Vice-Chair of the Chartered Institute of Personnel and Development Police Forum, and recently became a Fellow of the CIPD. 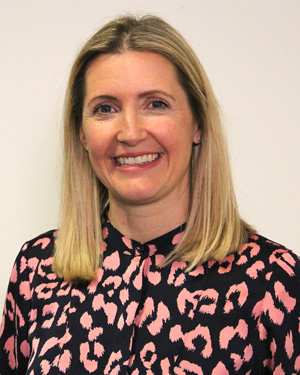 Professor Donna Whitehead joined USW as the University’s Deputy Vice-Chancellor in November 2021. Prior to taking up the role, Donna was the Deputy Vice-Chancellor of London Metropolitan University. Within this role Donna was responsible for all academic and student support teams including the academic schools, student services, research and KE, registry, learning services, learning and teaching, and student and academic administration. A core focus of her role was to create an inclusive university that created equitable outcomes for staff and students. During her time at London Met, Donna led the teams to deliver improvements in all student outcomes and a range of other institutional outcomes.

Prior to joining London Met, Donna was the Pro Vice-Chancellor and Executive Dean for the Faculty of Business and Law at the University of the West of England (UWE Bristol). Whilst at UWE, Donna led on enterprise and entrepreneurship across the university, embedding enterprise skills into the curriculum for all students, and helping to lead partnerships with businesses, the third sector as well as international education providers. Donna joined UWE from USW, where she had initially worked as the Head of School of Law, Accounting and Finance and later became the Deputy Dean for the former Faculty of Business and Society. Donna started her academic career at the University of Sunderland, where she had also completed her undergraduate studies; she worked there as a lecturer, senior lecturer and then as team leader for law. She taught a variety of areas of law but with a particular passion for Family Law.