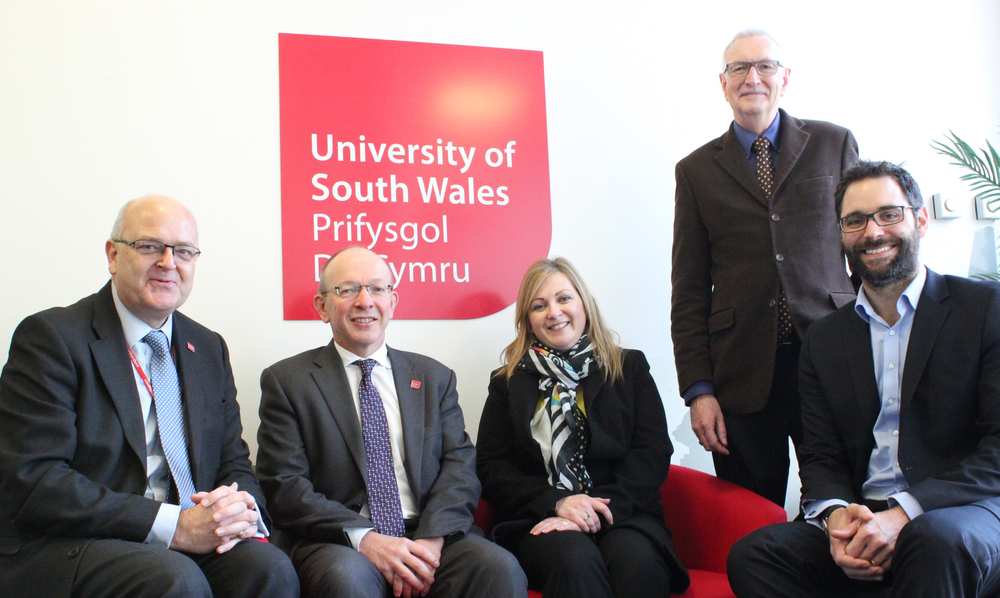 A Newport-based business with international connections has joined the team delivering the city’s Knowledge Quarter.

At the Newport City Summit held at the University of South Wales’s (USW) City Campus earlier this week, it was announced that Value People will deliver business planning services for the Newport Knowledge Quarter.

Led by management consultant Stefan Sanchez, who has a had a diverse career in the public sector, including the Welsh Government; and Alan Brown, who has also worked at the heart of Welsh Government and as an independent adviser to the finance minister, Value People will work with USW, Coleg Gwent and Newport City Council on the development. The company is also currently delivering business case assignments in Wales, England, Sweden and New Zealand.

The Knowledge Quarter will be a minimum £60m development anchored at USW’s riverside campus, and will see a major new learning campus expand along the riverbank and surrounding area. It will include a major new development to potentially accommodate a relocation of Coleg Gwent’s Nash Road Campus, with a potential for shared development of learning and social space.

“Value People are delighted to have the opportunity to work in our home city and support the University of South Wales, Coleg Gwent and Newport City Council to develop a compelling business case for the delivery of the Newport Knowledge Quarter,” said Mr Sanchez.

“As a Newport-based company, we understand and share the funding partners’ aspirations for this project which has the potential to provide significant benefits for the continued economic growth of the city and wider region.”

Huw Williams, USW Deputy Vice-Chancellor, said: “Appointing a local consultancy to manage the Newport Knowledge Quarter development was vital to us, to ensure it reflects the unique demands of this project.

“Our aim is for it to act as a beacon to lift educational aspiration, encouraging further and higher education participation in Newport and across the region.

“We are serious about making this happen, and know that Stefan and Alan fully understand what it means for all of the partners.”

Mr Lacey added: “The whole concept behind the Newport Knowledge Quarter is to show how further and higher education can support the aspirations of everyone in Newport.

“By bringing in local entrepreneurs we are showing that we value this great city, and want to work together to develop the next generation and help them put their skills to use in this region.”