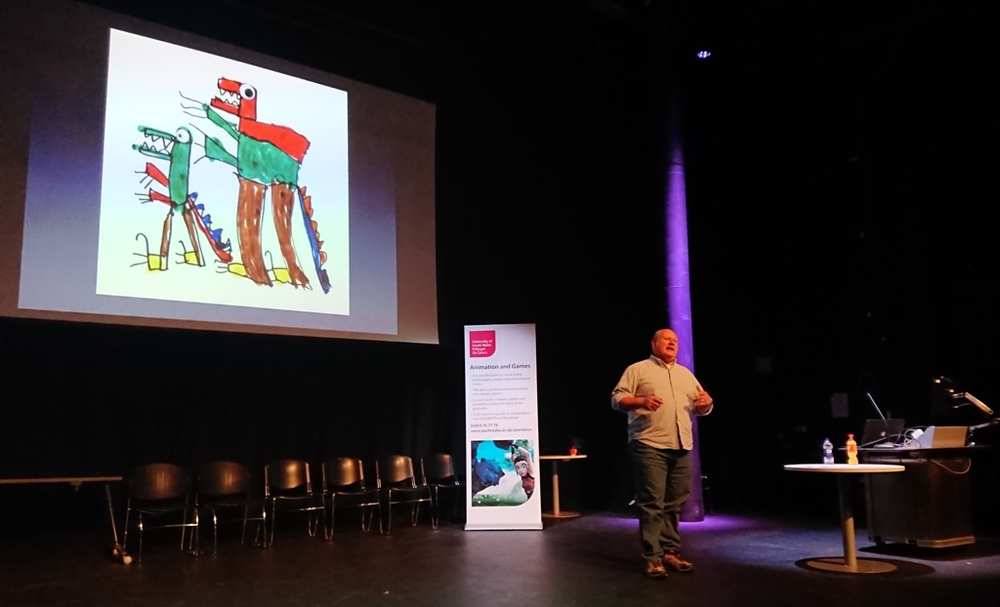 Hot off the back of recently being awarded the University's Distinguished Alumni Award for 2017, we were delighted to welcome multi award winning Hollywood animator Marco Marenghi, back to our Cardiff campus this evening.

Enthusiasm is everything.. The people I like to surround myself with are perennially upbeat.

An electronics engineer by trade, Marco was unemployed when his wife spotted an animation course at the University of Glamorgan in the mid 1990s. Marco took his second chance at education as a mature student and hasn't looked back since.

Marco's impressive filmography includes working for Sony supervising the animation on blockbusters such  as I am Legend and Ghost Rider, working on Disney's Alice in Wonderland, DC Comics' Green Lantern and later directing the animation for the Walking With Dinosaurs movie.

After graduation Marco spent four years working for Framestore in London, working on projects including the James Bond movie Tomorrow Never Dies and the BAFTA and Emmy award winning Walking with Dinosaurs, which he still regards as his favourite work. Marco was then headhunted by Steven Spielberg's Dreamworks studio in Hollywood to work on movies such as Minority Report.

Subsequently employed by Sony Pictures Imageworks as an animation supervisor with budgets exceeding $50m, Marco says he's been delighted to work with talented animators from all over the world, including old University friends from South Wales. Today Marco has returned to his original employer Framestore in California and among other projects, is developing animation associated with entertainment parks, games and commercials.

Your classmates are some of the most important contacts you'll ever make in your career. As a small industry you never know who will end up being your boss - or you theirs...

Course Leader and Senior Lecturer in Computer Animation, Gareth Hutchinson commented: "It's been fantastic to welcome Marco back to campus and for our students to have 'money can't buy' 1-2-1s with him. For current students and returning alumni to be able to hear from Marco right here on campus, it's been absolutely invaluable."

Are you in a position to help inspire our current students ? Contact the Alumni Team to explore the volunteering options.