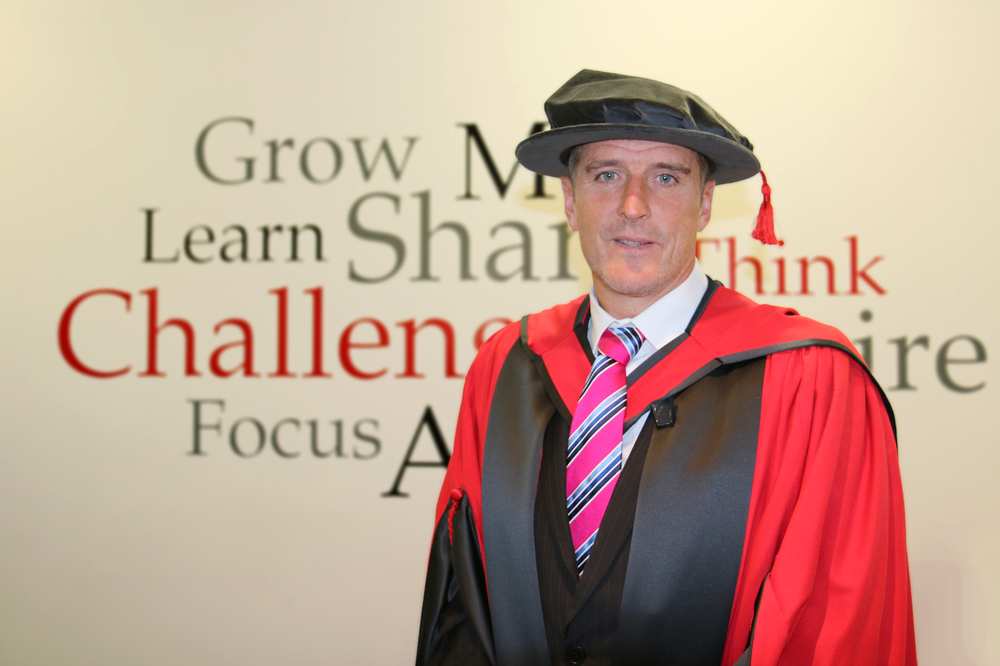 Iolo Williams has received his honorary fellowship from USW

Conservationist and broadcaster Iolo Williams received an honorary fellowship from the University of South Wales today.

The TV presenter, who is best known as a popular member of the Springwatch and Winterwatch teams, was presented with the award during the University’s graduation ceremonies at the Treforest Campus.

His work caught the attention of the BBC, which followed him in his RSPB role for Visions of Snowdonia and Birdman. Iolo left the Society in the late 1990s to work full-time in the media and his programmes, in both English and Welsh, concentrate on the wildlife of Wales and the world.

Iolo has written several books on Welsh wildlife in both English and Welsh, and is a regular contributor to several magazines, including BBC Wildlife.

“I’m very excited and very honoured to be getting my honorary fellowship from the University of South Wales,” Iolo said.

“I have a close contact with university going back a long way. My elder brother Rhodri came here in the late 70s to do a degree in computer science, which was a new thing then, and that really was a springboard for him to go on to work for Rolls-Royce.

“He went on to work in Sweden, and in 1984 he went to work in Los Angeles, and has been there ever since, so it worked very, very well for him.”

He added: “Congratulations to all the students who are graduating today. My advice to them is: Be inspired by what you do, and use your position to inspire others. I still marvel at the wonders of the natural world all around me, every single day.”