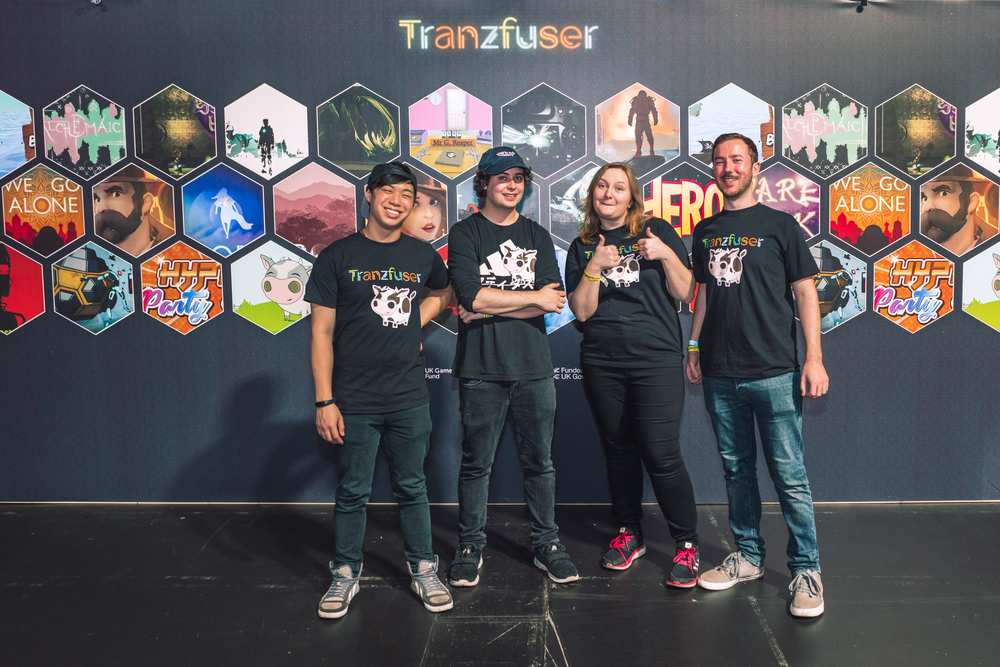 A University of South Wales (USW) team that’s made up of some of the UK’s most talented young games developers has been awarded a grant that could help take its creations into millions of homes.

Mochi Mode joined Shuttershade Studios, from the University of Huddersfield, as winners of Tranzfuser, a graduate talent competition funded by the Government’s UK Games Fund, which saw start-up video game studios from across the country battling it out for grants.

The two winning teams, both receiving £25,000, have joined the portfolio of professional games development studios working with the UK Games Fund community.

Over the summer, Tranzfuser gave 23 teams just 10 weeks to take their idea for a great game, from concept to playable demo, to be showcased in front of 80,000 games fans and a panel of expert judges at the UK’s most popular video games festival, EGX. The teams developed all manner of fun and innovative games, from single-player puzzles to multiplayer room-scale Virtual Reality experiences.

Awarded a grant of £5,000 from UKGF, the teams developed their games with support from a nationwide network of Tranzfuser Local Hubs, based at some of the best universities for video game design and development.

Mochi Mode wowed the judges and public with their game of bright visuals and simple one touch gameplay that sees players controlling a herd of cows. The setting changes to different locations across the Wild West, but the goal is the same: players must guide the herd to safety through a host of colourful obstacles in this fun arcade game.

Laura said: "After graduating, it's tough to know what steps will help you 'breakthrough' into the games industry. That was especially true for us with the aspiration to start up our own studio. Tranzfuser has given us guidance at a crucial point of our development. Most importantly, it has allowed us to make a little magic."

New for 2017 is the Tranzfuser Accelerator, a unique programme where the runner-up teams from the competition receive tailor-made consultancy packages to give them the best chance of successfully applying to the UK Games Fund.

The UK Games Fund and Tranzfuser are both funded as part of the £4m UK Government programme of games development and talent funding announced in 2016, run by UK Games Talent and Finance Community Interest Company (UKGTF).

Paul Durrant, UKGTF’s founder, said: "All of the teams worked hard after securing their place on Tranzfuser 2017. Each of the 23 teams has put in a huge effort and each has benefitted significantly from real-world learning throughout. The winning teams are the ones that best managed the scope of their projects, had a shared creative objective across the team and better understood the target audience for their particular games."

Matt Hancock, Creative Industries Minister, said: “The UK games industry is a fantastic success story and we want to see it continue to grow from strength to strength. The Tranzfuser programme is aimed at identifying and supporting the talented young games developers and the original and innovative games they are producing right here in the UK.

"Last year’s Tranzfuser alumni went on to publish their own game and I wish this year’s winners the same success in turning their creativity into a reality for us all to enjoy.”