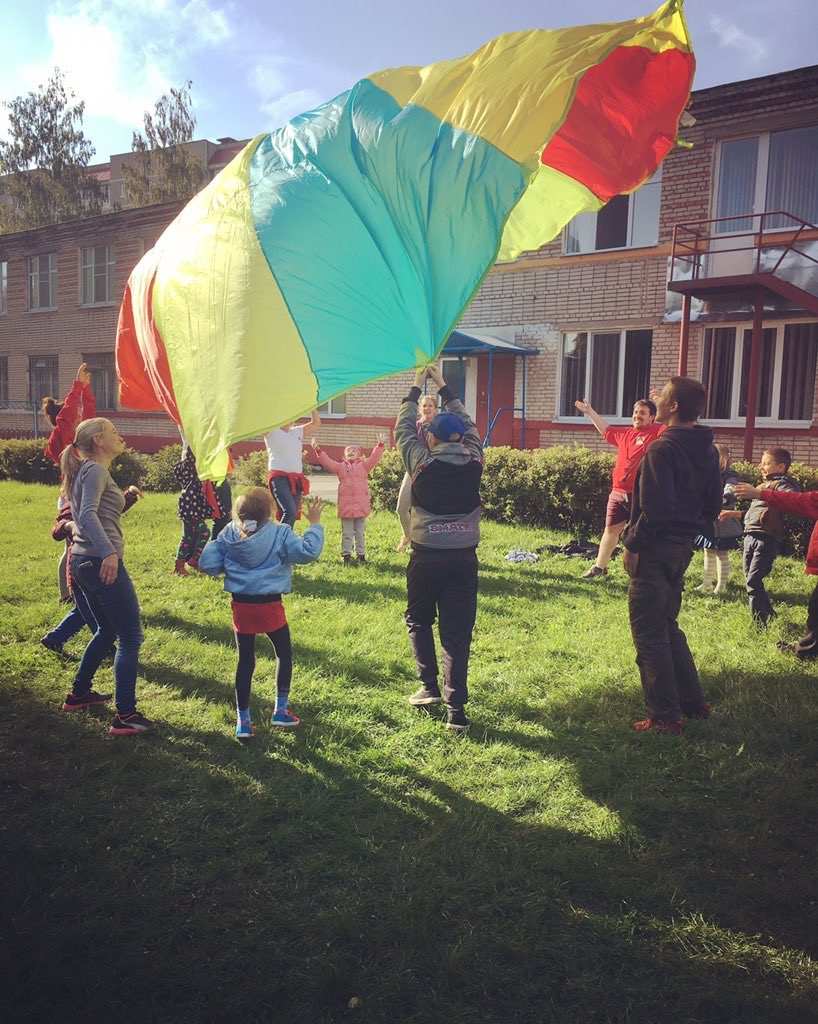 The students playing with the children during their trip.

STUDENTS got first-hand experience of how they could make big changes to the lives of disadvantaged children and orphans during a special charity trip across Europe.

The group, who are studying learning disability and adultnursing, and psychology, at the University of South Wales (USW), recently spent a week in the north European republic of Belarus, on a trip which was organised by Cardiff-based charity Leaves of Hope.

The charity usually works with young people from Britain, and takes them to work in orphanages in the former Soviet territory.

While in the country, the students from USW spent time working with children at the Zhodino Children's Shelter, while also seeing other youngsters in their foster homes.

There was also a trip to the British Embassy in the capital city of Minsk, where they were hosted by Ian Fox, who is the Deputy Head of Mission at the Embassy, and got to recount their experiences of working with the country’s youngsters. Those involved all received a certificate for their work.

Rachel Morgan, who is the Specialist Lead (LearningDisability Nursing) at USW, worked with Leaves of Hope to organise the trip.

“It was a great opportunity for the students to get involved in a project that would really expand their experience of working with different groups,” Rachel explained.

“The trip to Belarus was also a huge eye-opener for them. The country is still affected by its time as part of a communist regime, and there are some major problems with alcoholism, and this impacts a lot on the children and the people’s emotions.

“Children are discouraged from expressing emotions, whether it’s happy or sad, which is a culture we’re not used to.”

However, little things made a massive difference to the students and the youngsters they dealt with during the trip.

“When we first went to the children’s shelter, it was difficult to break down the barriers initially with some of the staff. But we stood out in our red hoodies, and the children soon warmed to us,” Rachel added.

“By the end of the week the uniform become recognisable, and the children were really happy when they saw us coming, excitedly running to greet us. It was wonderful to see how the relationships grew and developed, and how our work there could make such big changes in such a short time.”

From a learning perspective, it was also an important part of skills development.

“The Belarus trip was a great way for the team to collaborate, and for them to hone important team-working skills,” said Rachel.

“Staying in a hostel, preparing meals together, being part of something wider, all helps the students to prepare for similar situations when they leave us and go into the world of work, where they’ll need to be able to build up those strong relationships.

“It’s been a great experience for them, and we’re planning for it to become an annual trip, so that USW and Leaves of Hope can benefit from the experiences and support on offer.”

Just prior to our arrival, Leaves of Hope introduced a fostering and prevention project which has resulted in over 1,000 children being saved from a life in an orphanage.