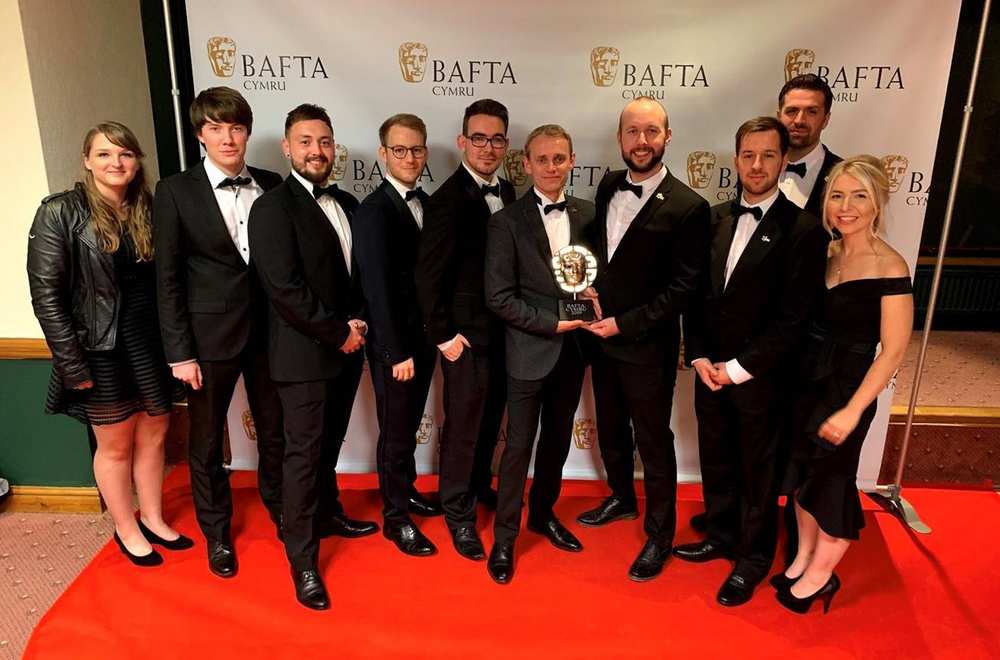 BA (Hons) Computer Games Development Graduate and winner of the 2016 Graduate of the Last Decade Alumni Award, Richard Pring, has done it again!

Richard and the team at Wales Interactive have bagged themselves another win at this year’s BAFTA Cymru Awards, making this their third BAFTA win. Their virtual reality title, Time Carnage VR, has seen them take the 2019 BAFTA Cymru for Best Game, following their BAFTA Cymru success in both 2012 and 2018.

“This has been a great way to top off another very successful year for me and Wales Interactive, we have continued to strive to become a driving force behind games here in Wales and getting recognition on this scale makes all the hard work worth it. “

This was a particularly special year for the team, as this was the first BAFTA that was received for a game that was made by the whole Wales Interactive Team – many of whom are fellow graduates of the University.

To make this year even more special Time Carnage VR utilised every member of the team, many who are graduates from USW! We could not have done it without them!