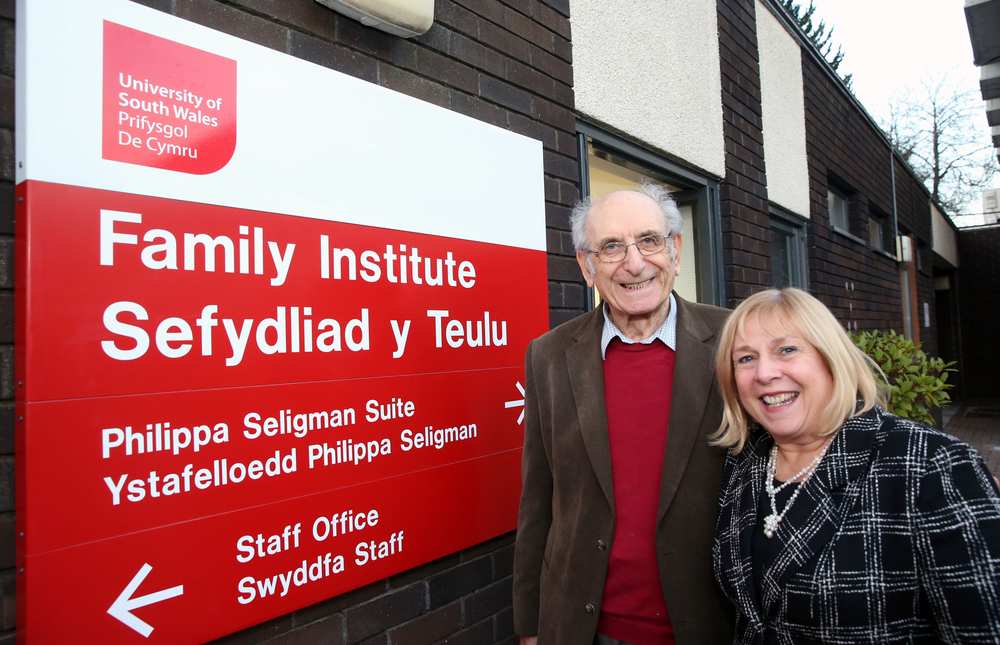 The Philippa Seligman Suite was officially opened by David Seligman OBE, Philippa’s husband and one of Wales’ most eminent lawyers, during a ceremony hosted at the University’s Family Institute, Glyntaff Campus this week.

Philippa was awarded an Honorary Doctorate by the University in 2010 in recognition of her expertise in the field of counselling, and this is the first facility at USW to have been named by the Seligman family.

As Philippa sadly passed away in December last year, before the work on the Family Institute was completed, David and Professor Julie Lydon OBE, Vice Chancellor of the University, officially opened the Suite on her behalf.

Professor Julie Lydon said: “The University has had a long association with Philippa and her family, so we are delighted to have invested in her vision for the future of this hugely important therapy service. These newly refurbished facilities will take forward the substance and the reputation of the Family Institute.”

David added: “I would like to thank the University for making this happen. Many of those with connections to the Family Institute knew Philippa as a family therapist in her professional capacity, both as colleagues and as clients, and we were delighted to be able to help in the refurbishment of the suite. My only sadness is that Philippa isn’t here to see the facilities being used.”

Jeff Faris, Senior Lecturer in Psychotherapy, spoke about Philippa’s connection with the Institute, and said: “The magnitude of Philippa’s work can still be felt and appreciated by many in the profession. Her contribution assures her place on the map of the family therapy world, and we feel proud to have known her.”