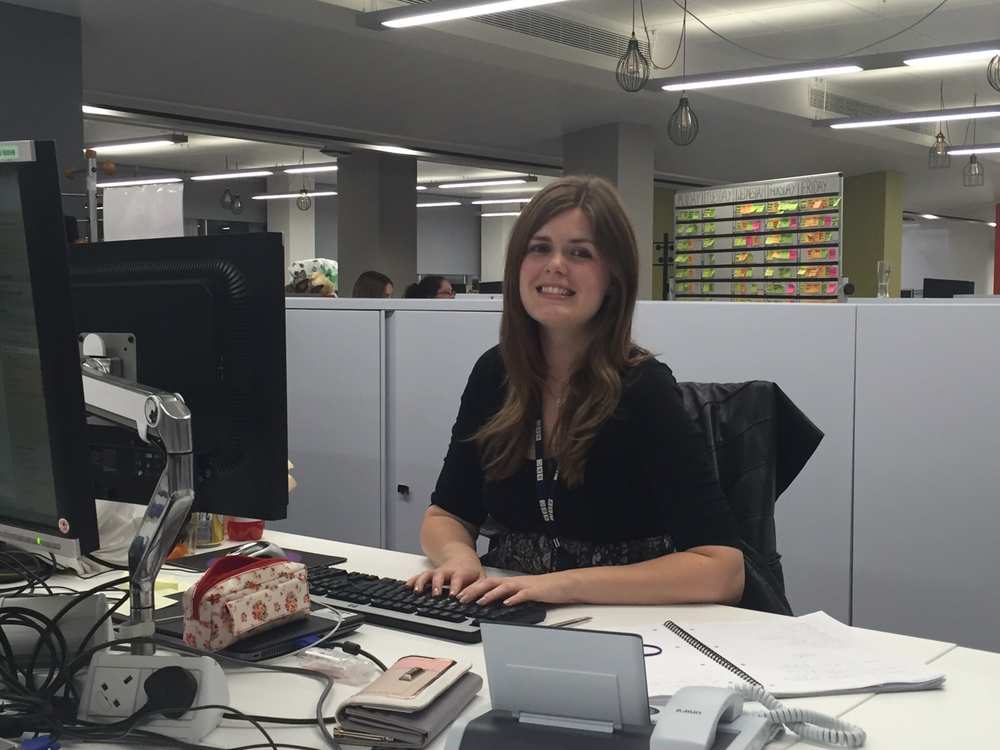 When Nicola Robertson arrived in Pontypridd from her native Newark, Nottinghamshire, she was a teenager with a steely ambition.

About to embark on a course studying Drama, Theatre and Media (graduated 2007), she wasn't certain which avenue she would go down.

But after three years on the then University of Glamorgan's Treforest campus, she realised she had a love for the media which would eventually see her working on one of the most successful shows on British television.

Nicola, 29, is coming to the end of her stint on BBC One's prime time favourite, Strictly Come Dancing – but before she hands back her dancing shoes, she has planning for the biggest programme of the lot to contend with this week.

This weekend sees the final of the show, and Nicola, a production co-ordinator, has two acts battling it out for the glitter ball.

'There are five production co-ordinators on the show, four of us look after the couples and when the celebrities were revealed they were divided between us,' explained Nicola.

'Among mine were Anton du Beke and his partner Katie Derham and Giovanni Pernice and Georgia May Foote, both of whom have made it through to the final.

'The programme is constantly busy. Most days I don't have time to eat or even go to the loo – it really is full on!

'But of course this Saturday is what we've all been working towards and every day we get nearer to it so the excitement and the pressure mounts!'

Nicola worked on a live radio project as part of her degree and that was where she met Senior Lecturer in Media and Journalism, Julie Kissick.

"I was a part time lecturer when Nicola was studying with us. My substantive post was assistant editor at BBC Radio Wales and Nicola was keen to get her foot in the door. She started as a receptionist, made a really good impression and over time went for and secured a variety of roles in radio before moving in to television.

"She's a real grafter, and quietly determined – a great example of what a Creative Industries student can achieve with the right support behind them and the range of skills our courses offer. I can't tell you how proud I was to see the aston with her name on the first time the Strictly credits rolled at the start of this series. I've got everything crossed that one of her acts wins on Saturday. It would be the icing on the cake!"