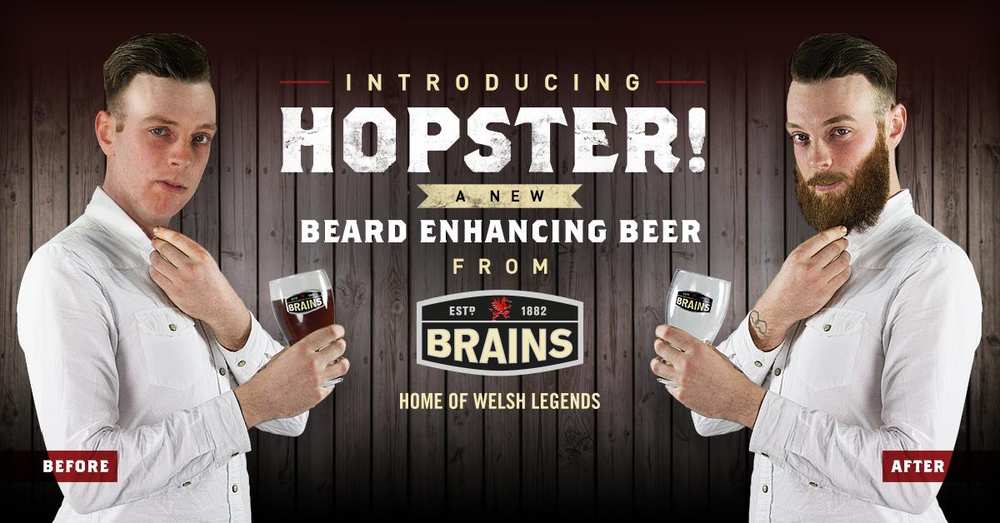 Advertising Design students at the University of South Wales worked on a major live brief for Brains, which saw the winning concept published all over the city as part of a high profile April Fools marketing campaign.

You may have seen the concept on Friday and wondered: is this too good to be true? Is there really a beer which can make a beard grow?

You wouldn’t be alone: the creative artwork was a clever piece of design work, that really did seem almost believable, using the clever hashtag: #Giveitagrow!

Advertising students worked with advertising agency Hello Starling to produce the concept as part of a live brief set by the agency for the students.

“We were approached to do a live brief with the students” commented James, managing director of Hello Starling. “ We were really keen but thought – we can do one better – let’s do a competition and make the results part of an actual campaign”. 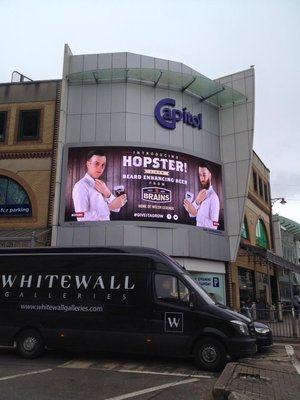 Brains are one of Hello Starling’s roster of great Welsh brand clients, and after agreeing to the collaboration, Hello Starling came to visits students at ATRiuM to set the brief. After agreeing a shortlist, these students, made up of groups spanning all year groups of the course, were asked to develop their concepts further. In the end the winning group was made up of Matt Kerslake , Tara Peters and Mateusz Misaczek who came up with the idea of a beer that can make you grow a beard!

“This was an amazing opportunity for our students to work with Hello Starling and one of Wales ‘ premier brands and to see the campaign go live in print, social media and across the city. It was really thrilling “ commented Lee Thomas, course leader.

The winning group then had to organise the photoshoot and models in order to get the creative delivered in time for April 1st which is when it was released across a range of media platforms including outdoor media in Cardiff city centre. Details of where you may have seen the amazing advert.