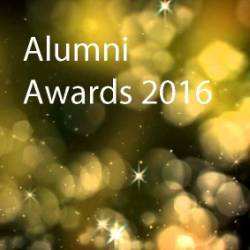 The University of South Wales community - graduates and students alike - is filled with people making a difference at all levels of society, worldwide. Be that in business or industry, society or culture – or right here on our doorstep within the University.

New for 2016 has been the launch of our annual Alumni Awards which seek to recognise the excellence and achievement of individuals within our network. The actions of our alumni reflect the excellence of a USW education and our mission to provide not only innovative education and world class graduates, but also culturally aware global citizens making positive strides.

We were delighted to receive 65 nominations over the four award categories in our inaugural year. The standard of nominations was high in all categories and shortlisting the applications to top 4 in each category was not an easy task. The judging panel considered submissions in some detail and were impressed by both the high quality of activity being carried out within the alumni community and the resulting impact being felt within the network and beyond.

Award finalists will be welcomed to our Vice Chancellor hosted Alumni Awards and Supporter Reception being held next month at SWALEC stadium in Cardiff. Category winners will be announced on the night.

We are delighted to announce the 2016 shortlisted category finalists:

Inspiring the Next Generation Award

Inspired to nominate someone you know who is making a difference or who has achieved success as a graduate of the University? Check back for our 2017 Awards to be launched in spring 2017