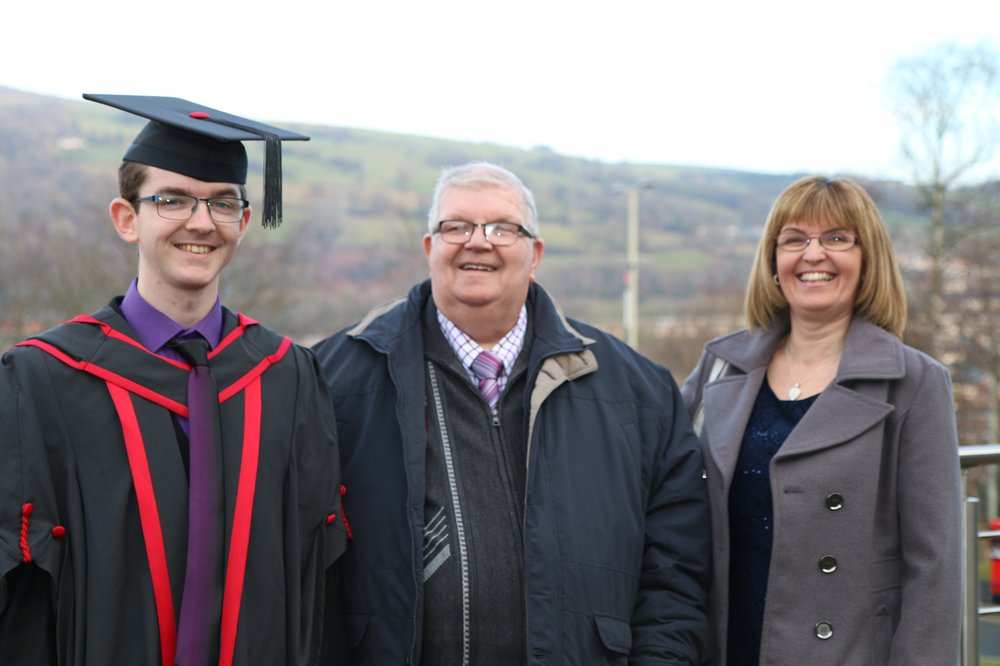 Ian Hopkins has just finished a Foundation Degree in ICT, and has become the third generation of his family to complete his studies at the same institution.

The 23-year-old, from Llanbradach, near Caerphilly, graduated from the University of South Wales (USW) last Friday.

His whole family was there to witness the proud moment, including mum Carol, 52, and grandfather Kenneth Tilley, 79, who had also studied at the institution.

Carol – who now works in the Commercial and Client Services department at USW - graduated with first class honours in Management and Business in 2007, under its previous guise as the University of Glamorgan.

Kenneth attended in the early 50s – when the institution was known as the South Wales and Monmouthshire School of Mines – to study Chemistry. He went on to have a career as an industrial Chemist.

Ian has now secured a job at Lewis Girls School in Ystrad Mynach, working as an ICT technician.