How Moe can help children to speak up 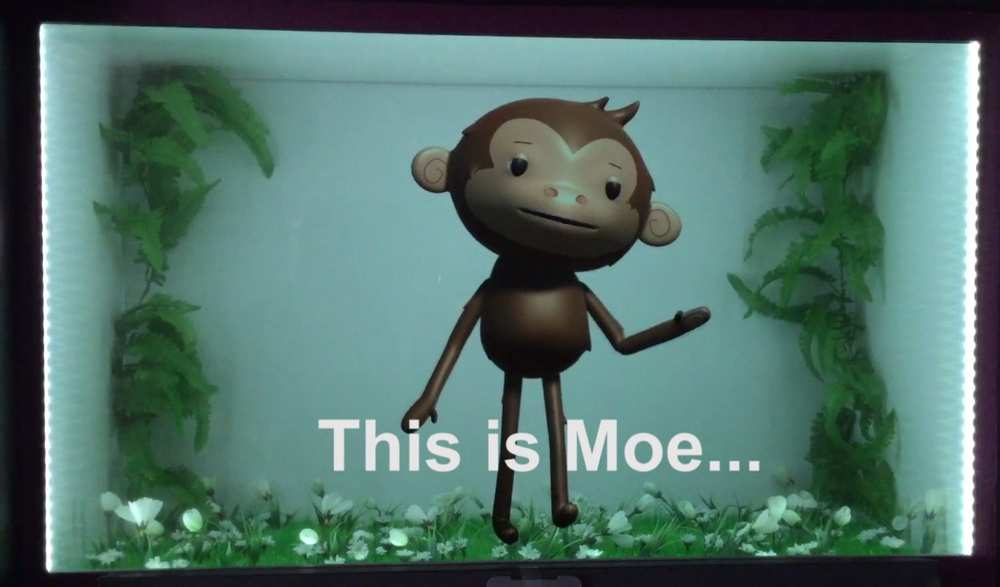 A computer-generated monkey avatar that can help adults communicate with children is being developed through a new partnership.

The Centre of Excellence in Mobile and Emerging Technologies (CEMET), which is based at the University of South Wales (USW), is working with Abertillery-based Evoke Education to develop a system which uses a character, called Moe, to talk to children.

Utilising motion-capture and cutting-edge screen technology, the operator can talk to the children through the persona of Moe.

Using the system, the adult taking on the Moe character can interact with the children as they watch and listen. The aim is to make learning fun allowing the children to feel more comfortable communicating with the avatar, rather than interacting with an adult.

“The idea of Moe – who is neither male of female – is to give teachers a chance to talk directly to the children in a way that we have found can hold their attention,” said David Hinton of Evoke Education.

“By letting the teacher put themselves out of sight, but still be able to talk to the children and hear their questions, they can develop a new relationship with the child. What we have found is that adding this new persona can develop the dynamic, which can really help the learning process.

“We are looking at ways it can be used in other areas, possibly by social workers or court officials, to handle difficult situations where children might not be happy talking to adults, but might interact with Moe.”

Clayton Jones, of CEMET, added: “We were approached by Evoke to help them develop their idea to enhance children’s learning through augmented reality.

“We liked their idea, understood the reasons they were unable to proceed without our support, so we agreed to help. It’s exactly the sort of project we’re here to support.

“The user testing we have undertaken suggests that this product is a very immersive experience for the children, they are completely captivated when talking to Moe. More than that, they enjoy it and they retain the information that’s discussed during the interaction.”

CEMET is based at USW, and has £4.2m of backing from the European Regional Development Fund (ERDF) through the Welsh Government. Its purpose is to provide R&D support to SMEs in the Valleys, West and North Wales, which are developing emerging technologies.

For more details on the programme and the product visit Cemet.wales