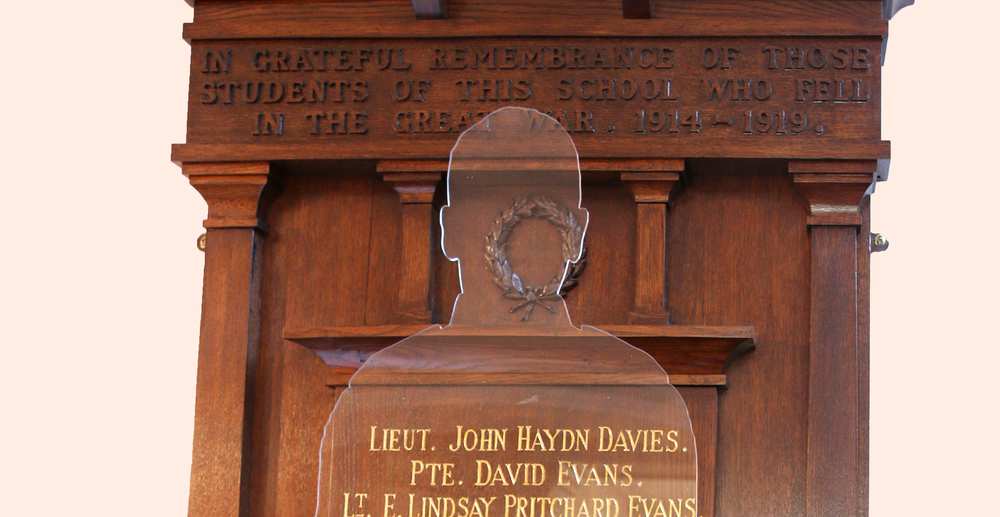 In recognition of the former students of the University who have lost their lives in all conflicts, we we will be holding a formal Act of Remembrance on Friday 9 November. These gatherings are also to mark the 100th Anniversary of the First Armistice.

Alumni and friends are invited to join the University community on Friday 9 November at the Meeting House (Treforest Campus) at 10am followed by the laying of a poppy wreath on the memorial plaque in Tŷ Crawshay at 10.50am, on the memorial plinth at Glyntaff Campus at 11.45am and at Newport City Campus at 2pm.

Transparent figures that commemorate the fallen soldiers of WW1 are helping the University mark the 100th anniversary of the Armistice. Dotted around campus, the figures represent the 12 students of USW’s predecessor institutions who died during the Great War, which ended on November 11, 1918.

We would welcome anyone who would like to join us at any of our services on Friday 9 November.

Read more about some of the University's fallen