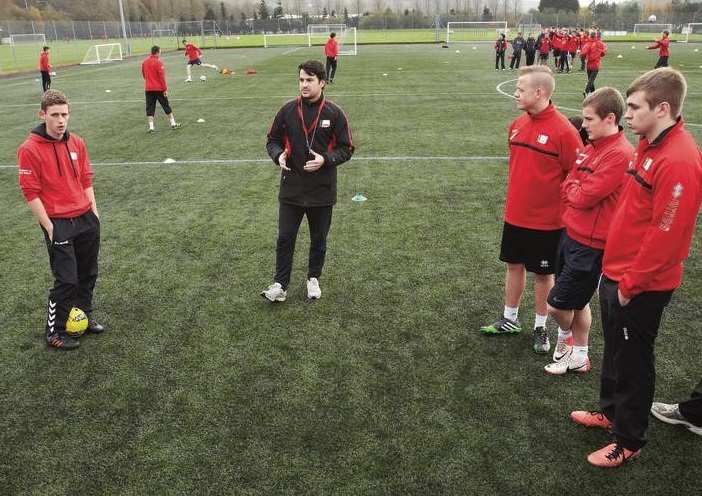 Joao Sacramento has just been appointed as Assistant Manager of Tottenham Hotspur Football Club – the youngest ever in the Premier League.

Joao studied a BSc in Sports Coaching and Development at USW, and then went on to study an MSc in Advanced Performance Football Coaching, which he graduated from in 2012.

During his time at USW, Joao played for the University’s men’s first team – currently the BUCS National Champions and Premier South League Winners, with USW Football Club ranked number one in the UK based on BUCS points.

He then went on to coach the team for a year, under Dave Adams – a former lecturer at USW and now the Technical Director at FAW – and Team Manager, and Head of Sport at USW, Steve Savage.

Steve said: “We are so proud of what Joao has achieved with his latest appointment at one of the World's best football clubs Tottenham Hotspur.

“When he was an undergraduate student with us, he actually did a piece of work analysing Jose Mourinho’s coaching philosophy. He looked at his philosophy, his view on the game, as well as his use of the concept of tactical periodisation. He sent that work to Jose, and he actually got a reply, so it’s fantastic to now see Joao working with him in the Premier League.

“Joao really stood out during his time with us – his work ethic and commitment to football was second to none.

“He has a real flair for coaching and analysis. During his time coaching the men’s football team at USW, he would spend a considerable amount of time watching opposition teams and compiling reports of their strengths and weaknesses. He has real attention to detail and understanding of the game.

“I think that Joao’s story shows that if you put in the work and have the commitment and drive to succeed, then anything is possible. A true role model for all students.”