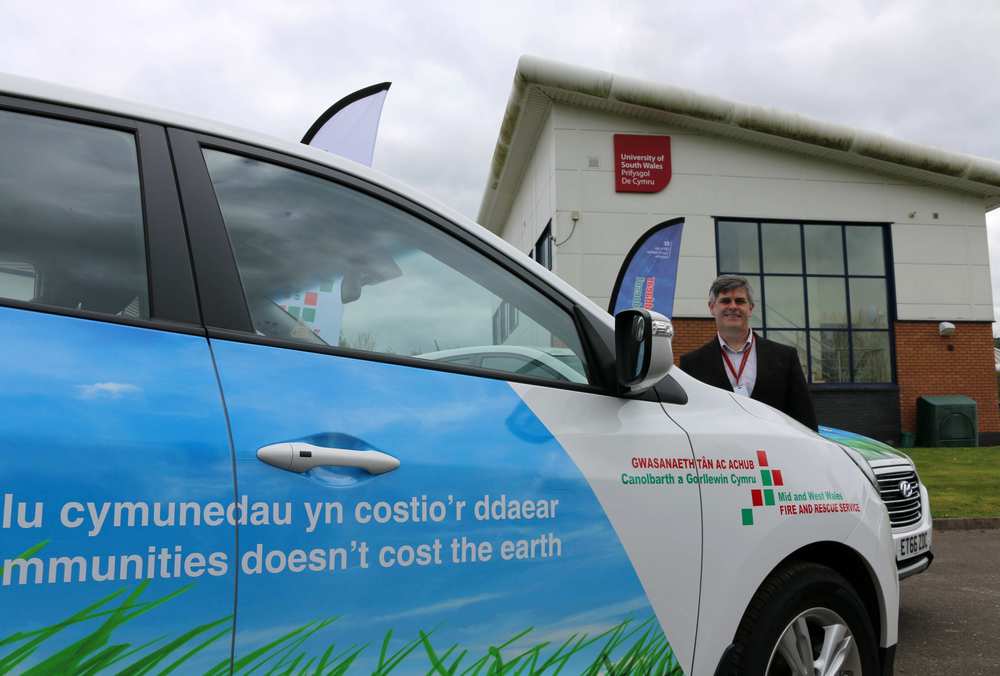 A research project led by the University of South Wales’s Hydrogen Centre is one of a number of green energy developments recently unveiled by Neath Port Talbot Council.

FLEXIS (Flexible Integrated Energy Systems), a £24million research project led by USW, Cardiff University and Swansea University, is supporting the Council’s Decarbonisation and Renewable Energy Strategy through applying its research to a physical site based in the county, known as the FLEXIS demonstration area.

The project is designed to develop an energy systems research capability in Wales which will build on the world class capability that already exists in Welsh universities, and will be delivered in West Wales, the South Wales Valleys, and East Wales.

Professor Hywel Thomas, FLEXIS Principal Investigator said: “We are delighted to be working so closely with Neath Port Talbot Borough Council on a number of traction projects contributing to a low carbon smart future. Job creation, addressing fuel poverty and air quality are all outcomes fundamental to FLEXIS research.”

NPT Council have signed a Memorandum of Understanding with FLEXIS, which outlines a number of other projects including: further development of low emission vehicles; using ground-breaking ‘green-power’ system that uses ammonia to store and release zero-carbon energy; hydrogen and mine-water as heat for homes and communities; and working with industrial partners to de-risk the decarbonisation of heat.

Part-funded by the European Regional Development Fund through the Welsh Government, the vision of the five-year FLEXIS project is to achieve a resilient, affordable, secure energy system across Wales with the potential for global application.

Watch a video on the FLEXIS demonstration area: