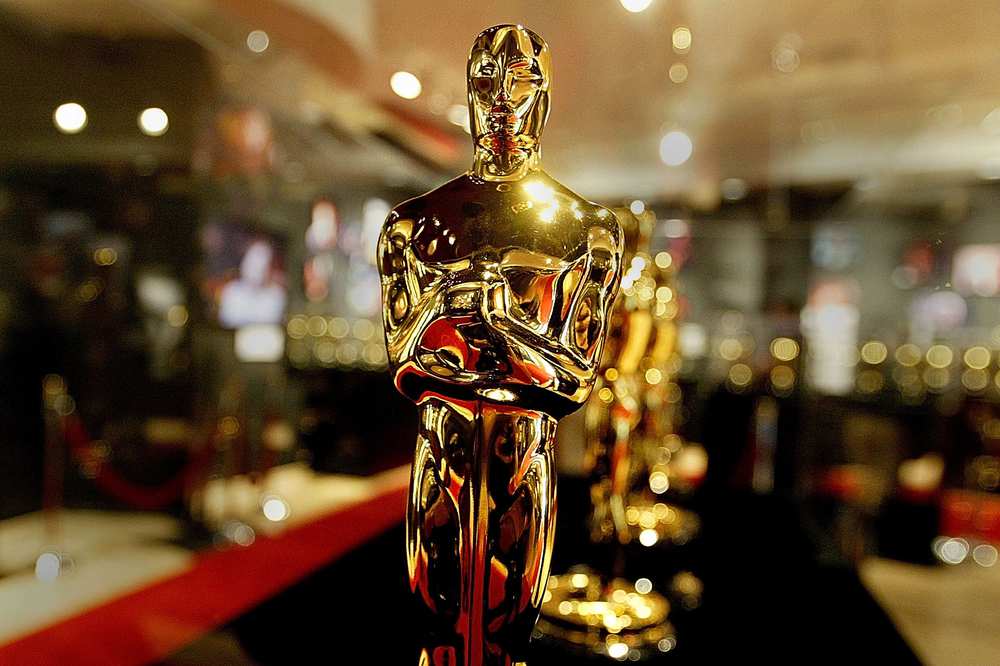 Our graduates are behind some of the most successful films of the past year, which are nominated for 2020 Academy Awards.

A total of 15 former students from USW’s Film and TV School Wales have worked on films that have been listed in this year’s nominations, in the categories of Production Design, Visual Effects and Animated Feature Film.

The 92nd Academy Awards take place on Sunday 9th February in Los Angeles, and will be streamed globally from 10pm GMT.

Daniel Kemeys, a digital compositor from Cwmbran, worked on Star Wars: The Rise of Skywalker, which has been nominated in the Visual Effects category. 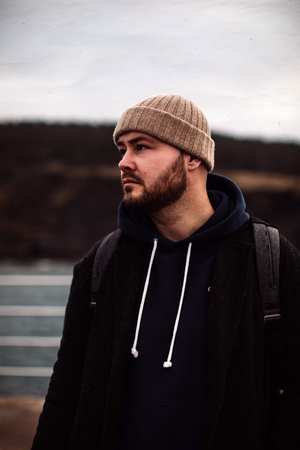 The 27-year-old, who graduated from USW in 2014 with a BA (Hons) Visual Effects and Motion Graphics, worked for nine months on the fantasy sci-fi film.

Describing his work at London ILM (Industrial Light & Magic), Daniel explained: “A digital compositor, in the simplest of terms, is using specialist software (such as Photoshop) but with moving images.

“We take all of the elements and put them together to make a shot look authentic. My job is to make sure that when the shot leaves the studio, it looks as if those effects were always there.”

A team of around 40 compositors worked on 650 different shots for the film, which also won a Visual Effects Society (VES) Award last week.

Daniel was also part of the team that won an Oscar for the Jungle Book in 2016 – just one of an impressive list of films that he has worked on, including Avengers: Endgame, Thor: Ragnarok, Venom and Pirates of the Caribbean: Dead Men Tell No Tales.

“It’s an amazing feeling to be part of this year’s Oscars, and to be listed alongside all of these other huge movies. The finishing aspect of a shot is so important, and it has been so rewarding to see my contribution to the film up there on the big screen.

“London ILM is one of the best visual effects companies in the world, and it’s an honour to work for them.”

John Dolman, from Mountain Ash, worked on Avengers: Endgame,  which has also been nominated in the Visual Effects category.

The 28-year-old, who graduated from USW in 2016 with a BA (Hons) Visual Effects and Motion Graphics, is a Paint & Roto artist based at Framestore, a London visual effects company which works on productions for film and TV.

Having started as a runner, Framestore offered John a mentor and he was able to train as a digital compositor alongside his day job.

“Prep artists clean up the backgrounds and foreground objects of live-action footage, ready for the effects to be layered on to it by compositors,” said John.

“This involves removing anything that shouldn’t be there, such as cables, CGI tracking markers from costumes – and all manner of other imperfections.

“My work on Avengers: Endgame was concentrated on shots featuring Chris Hemsworth, who plays Thor, but as an overweight version of the character. He was wearing as pillow stuffed underneath his jumper to add padding, so my task was to ‘iron out’ the creases in his top in order to hide the outline of the pillow and make it look as if he was that size. It’s all about preparing shots to make them look as real as possible when the effects are added.”

John has worked on a host of big movies, including Mowgli: Legend of the Jungle, Thor: Ragnarok, Avengers: Infinity War, Christopher Robin, Pokemon Detective Pikachu, and Lady and the Tramp, as well as upcoming films The King’s Man, Wonder Woman 1984 and A Boy Called Christmas.

He said: “It was a brilliant surprise to see the nominees list for this year’s Oscars. Although my contribution to the film was relatively small, the roto / prep work makes a big difference to the seamless appearance of special effects.”

Stephen Enticott, from Llanharri, worked on The Lion King, which has also been nominated in the Visual Effects category at this year’s Academy Awards. Stephen studied Computer Animation at USW, graduating in 1998. He is now an Animation Supervisor for MPC Film. 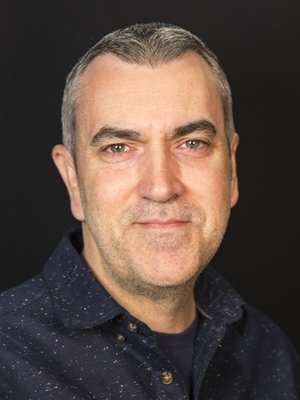 He said: “It feels fantastic to be nominated. It is always nice to be recognised by your peers. Every one of the shows is a culmination of a lot of people, skills and problem-solving. It is truly a testament to everyone involved. There were over 130 animators working on The Lion King over the course of the production, which shows the time, energy and collaboration involved.

Stephen was working for Double Negative as Head of Department in animation when he was approached by MPC to work on The Lion King. Since graduating, he has worked on 26 projects – 20 films, two mini-series, two long-format TV shows, a TV series and a commercial.

He said: “Some of my highlights have been working on productions such as; Baewulf, I am Legend, Watchmen, John Carter, Godzilla, Bourne Legacy, Fast & Furious 6 and Avengers: Age of Ultron. I have also worked on Walking with Dinosaurs, Dinotopia, Harry Potter and the Chamber of Secrets, Harry Potter and the Prisoner of Azkaban, Monster House and Antman.

“Finishing every project is an achievement. I have had amazing experiences. I have had the opportunities to meet a variety of people and directors and get an insight into how their minds work and their creative processes. Most recently, a stand-out moment was attending the world premiere of The Lion King in Los Angeles.

“Disney are one of the best clients I have ever worked with. They encouraged collaboration from production to direction and they want you to bring something to the process. It very much felt like you working with them and not for them. Overall it was an amazing experience.”

Oliver Herrick, from Lincoln, was part of the Art Department on the film 1917. Amongst many other awards, 1917 won Best Production Design at the BAFTAs last weekend and has been nominated for several Oscars. Oliver graduated from USW in 2015 with a BA (Hons) TV & Film Set Design.

He explained: “I was fortunate to get a job right after graduation. I moved to London within a few days and started working on Ready Player One, directed by Stephen Spielberg. I worked on set with Stephen which was a very surreal moment for a young graduate fresh from university.”

Olive went on to work as an Assistant on Mission Impossible: Fallout, before working as a Junior Draughtsperson on 1917 for nine months.

He said: “This involved technical drawing for sets and model-making. One particular set we worked on was that of a French town. It was incredible when I saw that set come to life on the big screen.

“It is an honour to work on a production that has been recognised by the industry awards. It is really encouraging to see the movie get the recognition it deserves.”

After finishing 1917, Oliver went on to work on pre-production for the re-working of the Disney classic, The Little Mermaid, and TV show The Witcher.

He said: “I am now working on The Flash, which is due to be released in 2022. My aim is to keep gaining experience and build my portfolio.”

Danny Clark, from Oxford, was also part of the Art Department on the film 1917. Amongst many other awards, 1917 won Best Production Design at the BAFTAs and has been nominated for several Oscars. Danny graduated from USW in 2010 with a BA (Hons) TV & Film Set Design.

Danny’s interest in film was sparked at a young age. He said: “I was intrigued by set design and wanted to work on film. For as long as I can remember I aspired to work on vast sets and castles. When I was ten, my dad sneaked me into Pinewood Studios, and the experience stayed with me.”

He said: “This was very exciting, it involved very detailed drawings and lots of secrecy, as you can imagine.”

Danny worked as an Assistant Art Director on the film 1917. He explained: “This involved running different sets, managing the design process on location, and building the scenery. For example, working with the Production Designer and Art Director, we created a German front-line trench and bunker.

“We used war logs, books and historical documents to be as accurate as we could be. We used aerial photography, taking on board the choreography of the actors to give audience direct visuals. We wanted it to be realistic but not embellished. It was stripped back and put the story above everything else.”

He said: “The film is such an interesting but also horrific story. It was an honour to try to convey this through design. To clarify how real it was, the trenches actually flooded. It was hard work but we got to have a hot shower at the end of the day. Of course, the reality was that those poor soldiers didn’t have anywhere near that kind of luxury.

“The Director’s vision was to film each scene in one continuous shot so we had to include the set for the next shot whilst also making sure each scene was long enough to match the length of the script. It was very complicated and a real challenge. No piece of set was ever used twice.”

USW Careers still here for you

Join us in Brussels

Vacancy: Join us as we develop our team