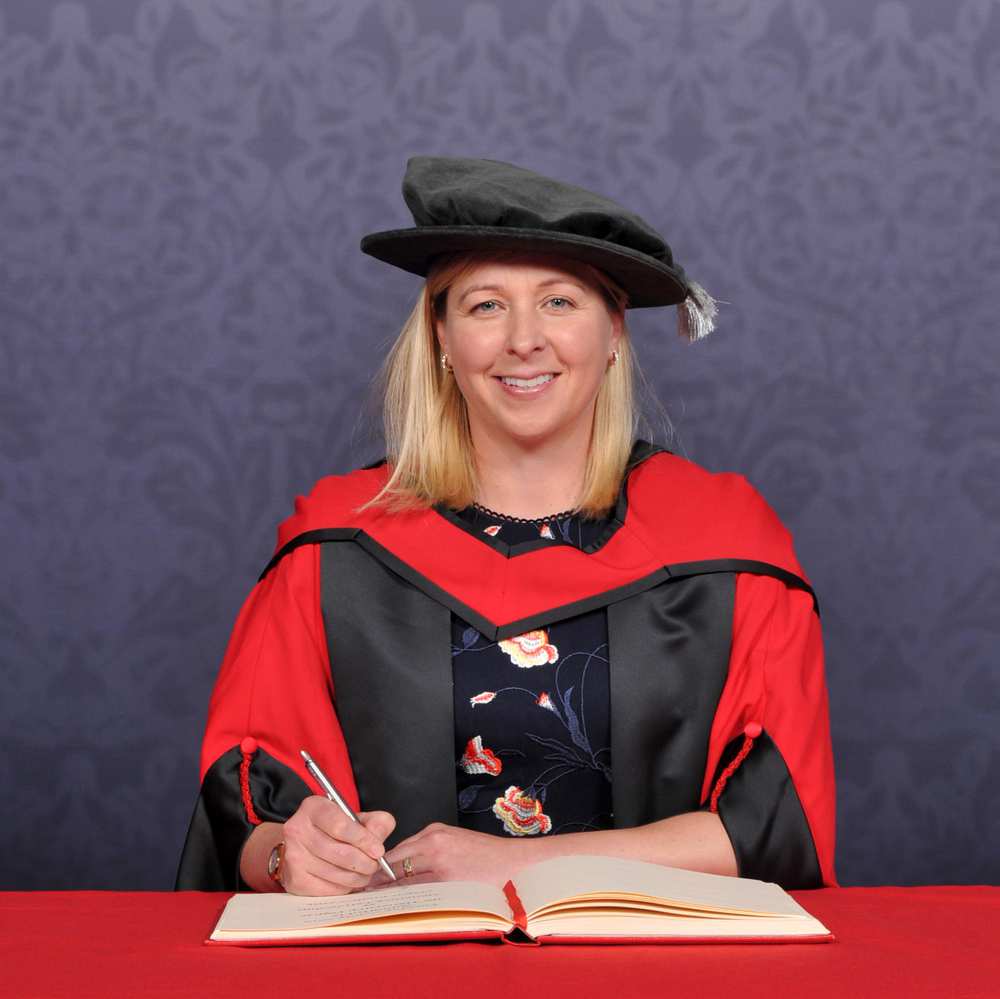 Jayne Ludlow has received a Fellowship from USW

The award is the latest honour for Ms Ludlow, who was awarded an MBE for services to women's football in Wales in the June 2019 Queen's Birthday Honours. Earlier in 2019 she guided Wales to the brink of qualification for the recent Women’s World Cup in France.

USW confers Fellowships on outstanding people who are true leaders in their field, inviting them to become part of the academic community through this significant honour.

After receiving the Fellowship, Ms Ludlow said: “It’s absolutely fantastic. This year has been huge for us as a group of staff, players, and for me individually.

“It probably means a lot more than many things over the past few years, because of where we are – in my community. I’m a Rhondda kid, my sister actually came through this university, but I went further afield.

“But one of the main reasons I came back to Wales was to make sure we enthuse more females to take up the game and we grow the game, and an entity like USW recognising the female game in particular is massive for us as a national team, and for every young female in the future who wants to come through this system.”

Professor Julie Lydon, Vice-Chancellor of the USW, said: “We are delighted to be honouring Jayne with this Fellowship.

“Jayne’s tireless work as the national football team manager, and her efforts to promote the development of the game, are an inspiration for thousands, and will doubtlessly lead more girls into the sport.

“We are looking forward to working with her on further developing sports coaching among females, and seeking her views on how USW can continue to improve the sports courses we offer to thousands of undergraduates.”

Rob Griffiths, Deputy Head of Health, Sport and Professional Practice at USW, told the graduation ceremony at which Ms Ludlow was awarded her Fellowship: “Passionate about education, she continues to develop both herself and those around her.

“She currently works as an ambassador for USW sport playing an integral role in helping us achieve our strategic goal of encouraging more females to study sports related degrees.

“Jayne is a vital contributor to our ambitious Women in Sport project that aims to support and mentor students and develop the graduate skills required to work in female sport.”