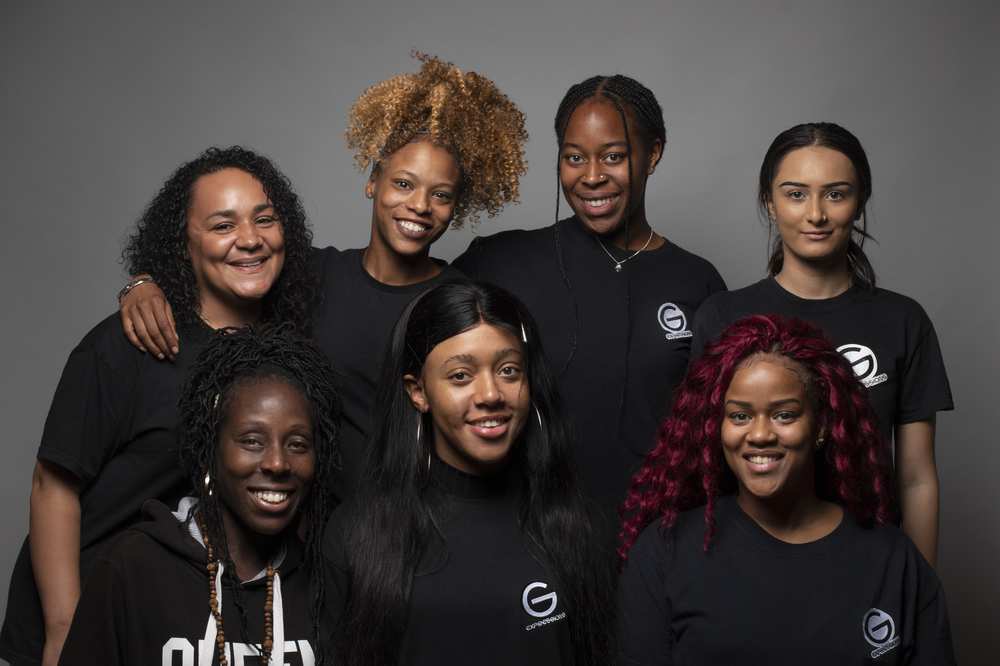 A Partnership between the University of South Wales and two Newport-based charities established by a USW graduate has been praised by education inspectors.

In its report ‘The Value of Youth Work Training, A sustainable model for Wales’, Estyn – which inspects quality and standards in education and training in Wales – praised the work USW does with Newport charities Urban Circle and G-Expressions.

Both were set up by Newport-born Loren Henry (BA (Hons) Youth and Community Work, 2011 and MA Working with Children and Young People, 2015), Urban Circle - an independent youth arts organisation -  in 2006, and G-Expressions, a few years later, after Urban Circle workers recognised there was a demand for dance among young people in the city.

In 2010, a law change meant that one of the charities’ senior staff had to be educated to degree level, with Loren picking, as she describes it, the short straw. She went on to complete her undergraduate degree in 2011, and then went one better by completing her Masters degree four years later.

The relationship proved to be a fruitful one for Loren, the University and the charities, after an agreement was reached for Urban Circle and G-Expressions to be based at USW’s Newport Campus from the end of 2017.

And it is this joint working that impressed the inspectors, who highlighted the benefits the partnership provides for the charities, their staff, the youngsters it helps, and Youth Work students at USW.

“This project is an excellent example of partnership working in the community and of the principle of educating and growing community leaders who lead by example and in turn educate the community around them,” they said.

“In this way, creative practitioners continue to drive change and improvement for young people.”

They added: “The project develops young people’s talents, engenders a love of learning, and gives them skills and qualifications for employment. It also widens young people’s horizons by giving them access to higher education (HE) facilities and institutions they would never normally experience.”

The benefits for those studying at USW were also highlighted.

“The project also enables students on youth and community work degrees and MA courses to use the project as a work placement setting and HE staff and qualified ex-students often work as supervisors to the trainees.”

Loren backed up the report’s finding, singing the praises of USW and the support the University and its staff have offered to her and her charity colleagues.

“Being a former student and now being based at the campus, I get support in so many different ways,” she said. “The staff who used to teach me are still there on an emotional level, as a friend, a colleague, and they give me great advice.

“Being based at USW means we have access to USW’s Youth and  Community staff, and am able to get high-level advice from experts, so you know it is going to be the right advice.”

Being in the campus is also a massive benefit to the youngsters who attend sessions organised by the charity.

“Being in this building (USW’s Newport Campus) really raises their aspirations. The fact that some of them can even go into a building like that is an experience in itself,” Loren said.

“When I was younger I didn’t think that University was a place for me, but I was wrong about that, and it’s the same with some of these young people.

“Some of them may not have even seen themselves going beyond secondary school because they faced struggles, but the fact that they are even in a learning environment like this, and they see others learning, that alone has a positive effect on our young people.

“And they feel welcomed, and somewhere they can class as a place of their own, where they can mix with people they may have felt are unapproachable – like lecturers. They get exposed to people who they may never have mixed with, and that has such a major influence on them.”

Course Leader Mick Conroy added: “For me, the partnership with Urban Circle and G-Expressions demonstrates the professional values and principles embedded in the Youth & Community Work courses here at USW.

“Within the Youth Work team we aim to 'practice what we preach', both in terms of delivering a social justice agenda locally and nationally and in encouraging students to think and act in an anti-discriminatory and anti-oppressive ways.

“The recent Estyn report on Youth Work Training in Wales also shows the impact the USW Youth Work Course has in a number of other delivery areas, and highlights good practice in our assessment and professional placement work.”