Work hard, don’t complain and be the one person a company would be foolish to let go. And remember, not every shot is a glory shot. My job title is Animation Director but I’m the kind of guy that will still bring the coffee – I think it’s important to keep your feet firmly on the ground. 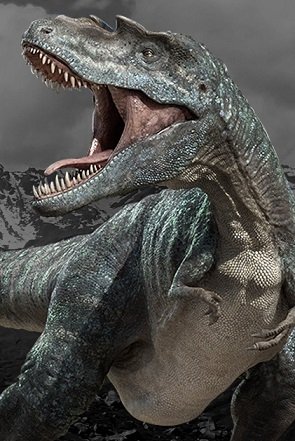 An electronics engineer by trade, Marco was unemployed when his wife spotted an animation course at the University of Glamorgan. "I hadn't really drawn since school," he said. "I literally only went to check it out to get my wife off my back."

Marco had to thank his wife Joanne for spotting the course. Given his enthusiasm for Tom and Jerry cartoons, she knew how much he'd enjoy trying his hand at animation. "She realised before I did that I had a passion for this," he says. "I was pretty good at drawing in school but the first time around - when I wanted to pursue an art career - there really wasn't anything like this available" he added.

Marco took his second chance and although he initially felt intimidated by the talented younger students he says his life experience gave him the drive to persevere. “As a mature student, it was kind of weird to be back `in school’. I was surrounded by so many talented individuals and longed to be able to do what came so easily to them. I think it was my tenacity to overcome the obstacles that made me push hard and bring a few of my co-students along for the ride. I knew what was waiting at the end of the course and wanted to be sure I hit the ground running.  I still, to this day, get to work with fellow class mates all over the world.”

He was right to persevere, as his filmography boasts an impressive list including working for Sony supervising the animation on blockbusters such as I Am Legend and Ghost Rider along with the Disney’s Alice in Wonderland, DC Comics' Green Lantern and later directing the animation for the Walking With Dinosaurs movie.

After graduation he spent four years working for Framestore in London, working on projects including the James Bond movie Tomorrow Never Dies and the BAFTA and Emmy award winning Walking with Dinosaurs, which he still regards as his favourite work. Marco was then headhunted by Steven Spielberg's Dreamworks studio in Hollywood to work on movies such as Minority Report. Subsequently employed by Sony Pictures Imageworks as an animation supervisor with budgets exceeding $50m, Marco says he's been delighted to work with talented animators from all over the world, including old University friends from South Wales.

Currently based in Los Angeles with his wife and two children, Marco received the Friz Freling lifetime Achievement Award in Animation in 2008, and returned to Wales in July 2009 to receive an Honorary Doctorate from his former college.

In 2017, Marco was awarded the University's Distinguished Alumni Award.