A day in the life of a learning disabilities nurse

Dafydd and his mum

Connor and his mum

I was always searching for my vocation in life, and I found it in learning disability nursing. I graduated from USW's learning disabilities nursing degree three years ago, and was fortunate to go straight into this job.

Ours is a unique and specialist role. So many people don’t know we exist, or even what we do.

People with learning disabilities live in our community and it’s our job as LD nurses to help them get the same quality of life, emotional and physical wellbeing as the rest of us enjoy.

It’s the best job in the world.

This is just a small part of what I do as a learning disability community nurse. In Cardiff East we have a caseload of 250 people, aged 18 upwards. Our core areas are mental health, epilepsy, challenging behaviour and complex needs. We work with people who live alone, with their family and in supported living houses.

Learning disability nurses are part of a multi and interdisciplinary team, so I work closely with a number of professions including GPs, hospitals, and social workers.  We always work in a person-centred and individualised way and ensure that the needs of the person with learning disabilities dictate who is involved.

Dafydd is a 21-year-old man with mild learning disabilities and complex epilepsy, which is difficult to control. I first met him when he was in hospital, recovering from a fall down the stairs, sustained after a particularly violent seizure. A few months ago, his seizures started to increase, at one point he was having fifty a day. Eight weeks ago, he went into a coma and we thought we were going to lose him. Thankfully he recovered, and we began the process of finding him somewhere new to live.

Dafydd was adamant he wanted to stay with his mum. It was very hard to find somewhere to keep them together, but with our colleagues in social services and occupational therapy, we managed to find a suitable place on one floor for them both, where we can continue working with him at home, and where he is happy and settled.

Connor is a 23-year-old man with severe learning disabilities and autism. Until February, he was living at home and had never been away from home for even a night. When he first moved in to the supported living house, with three other young men, it was very difficult for him. Because of his autism, he didn’t understand the move and was distressed by it. We did lots of work with him to make sure he felt safe and settled. A lot of that was us understanding him better. The fact that he is so happy now, is a sign that that we succeeded

His parents also found it hard at first, but they can see how happy he is. He goes home every Sunday for a visit, and his dad told me that when he drops him back in the car, Connor runs into the house, takes off his shoes and sits down with a smile. He’s got his independence and has found his place within life.

Lewis, 22, comes from a profoundly deaf family. His parents and brother are both deaf. His mum married again and had more children, and it became crowded at home. Lewis really struggled with this and became very aggressive. It became necessary to medicate him to keep him and the family safe.

Eventually, it was decided that it was in his best interests to leave home, which was difficult for everyone. But since then, he has come on leaps and bounds. Lewis loves living with three other young men, they are very active and always out and about. He is off the medication entirely and his relationship with his family is amazing. Lewis has grown and flourished - without our help it could have been so different."

The photographs in this piece were produced by BA (Hons) Photojournalism students Samuel Padget and Benjamin Blyth.

They said: "We both thoroughly enjoyed working on this shoot, particularly having an insight into Kim's job, a role we had little knowledge of before today. Seeing the way in which Kim worked with her clients was not only fascinating but genuinely lovely, and we both went away with a new level of respect for the work that Kim, and other LD nurses undertake day to day.

A highlight for us both was the way in which Lewis and Connor reacted to the cameras, playing up to them and quite clearly loving the attention. It’s always nice to put a smile on someone’s face when working!

We both left the day inspired by Dafydd's story - in intensive care eight weeks ago and now planning a trip to Vegas. If that's not motivation then what is?" 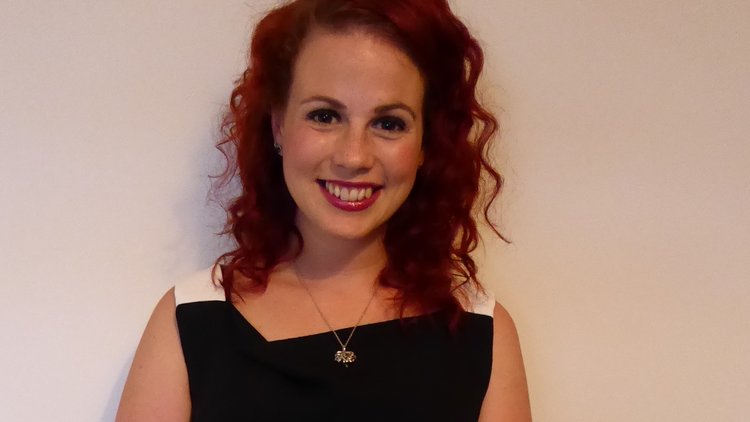 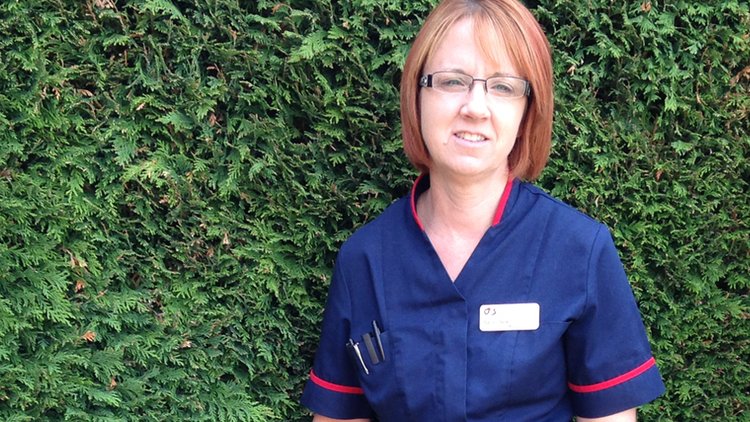 Sarah is the Deputy Clinical Lead at Parc Prison

Our Research: The Once for Wales Healthcare Profile 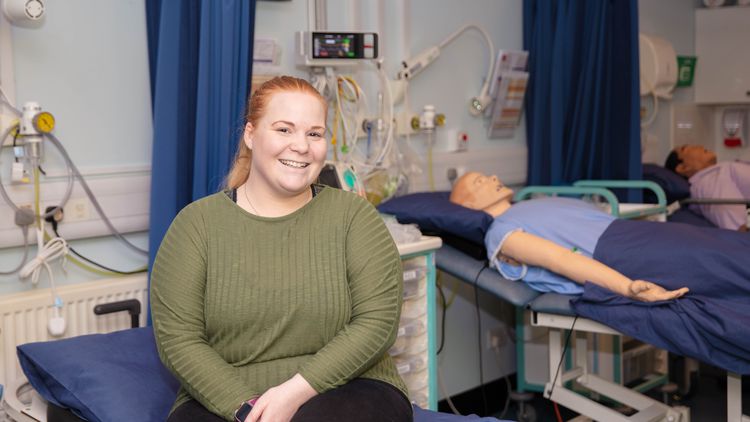 Student nurse blogger Victoria talks about 'My Journey into Nursing' 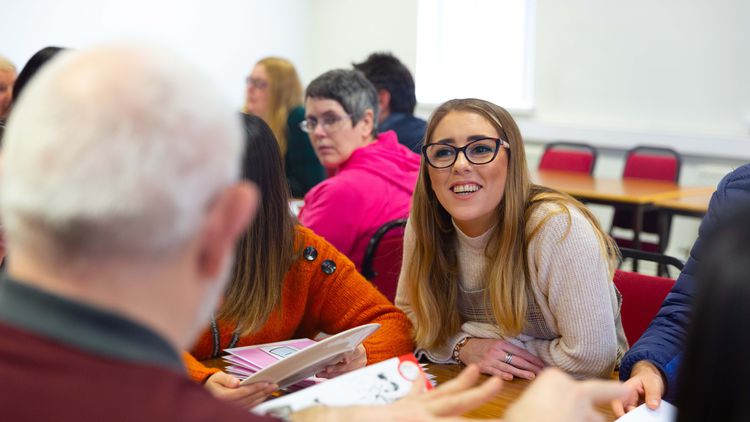 I want to work with children who have complex needs 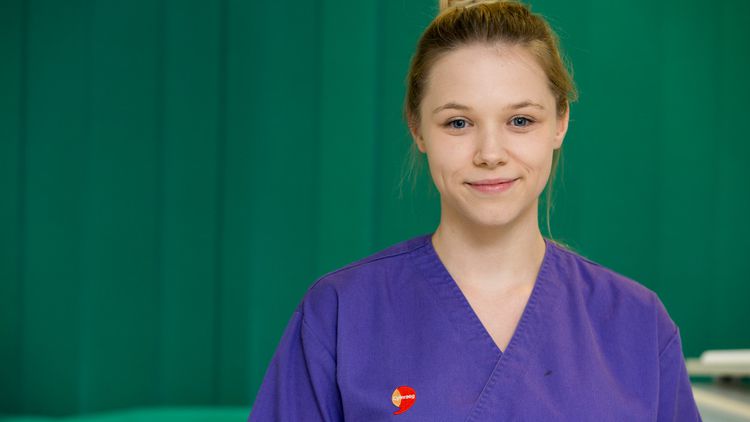 How to write a personal statement for Nursing and Midwifery 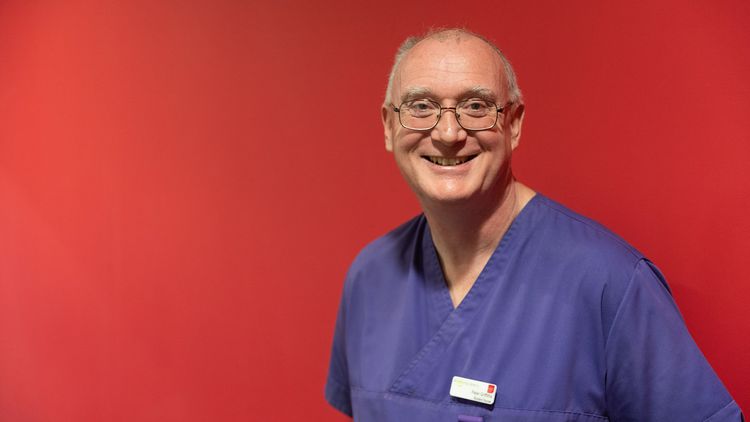 Mature students have a lot to offer 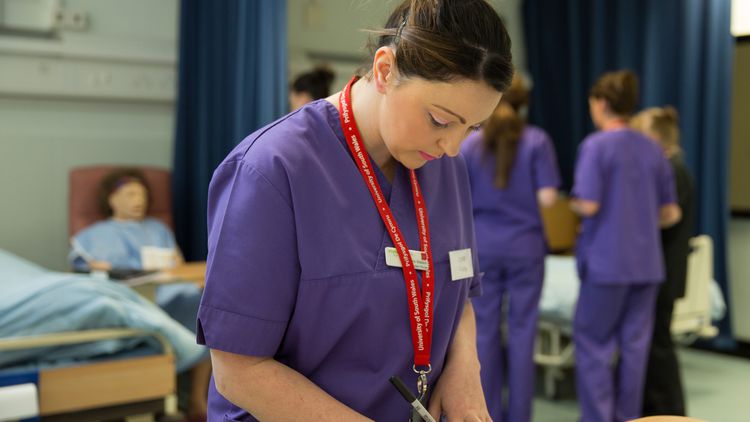 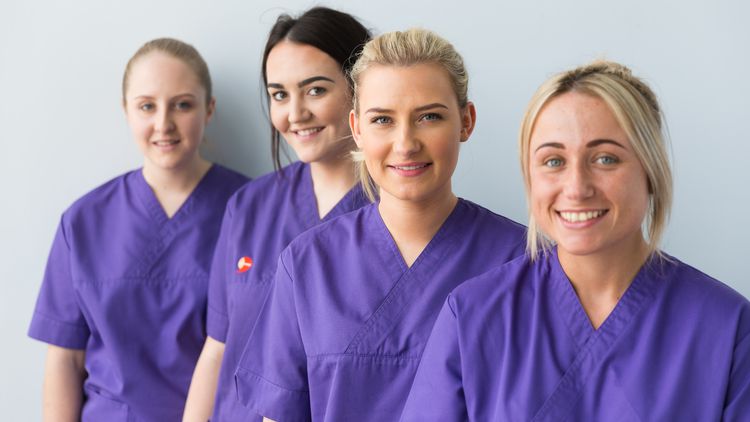 How to apply for Nursing 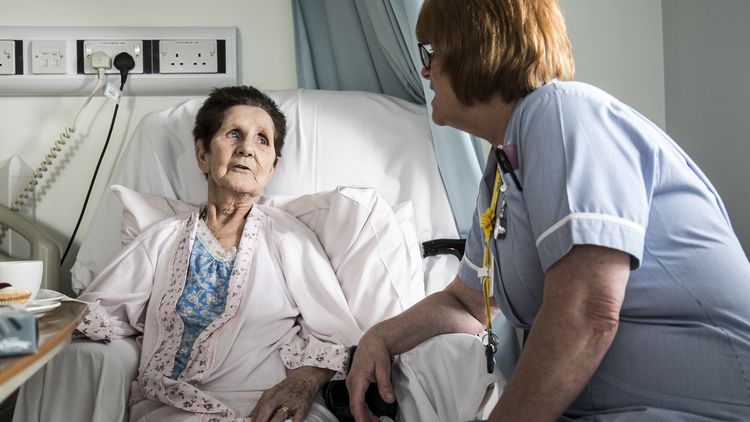 My journey so far…

Reason to smile: A student nurse is helping people with learning disabilities overcome fears of the dentist