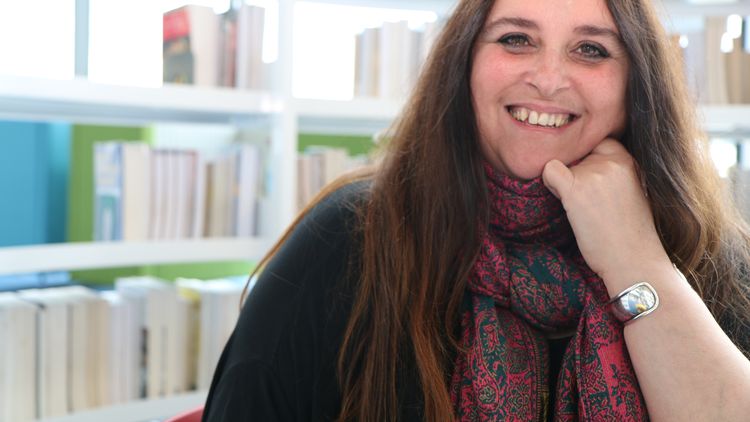 Odette Debono always thought she wasn’t good enough to go to university - but she’s just got a first-class honours degree in English and Creative Writing.

And that’s not all. The 51-year-old mum-of-one from Newport - who has graduated from the English and Creative Writing degree - has also scooped the Tony Curtis Poetry Prize, which is presented to the USW student with the best compilation of work in their final year, for her collection called ‘Newport Girl’.

To add to her accolades, she’s also having one of her award-winning pieces published in The London Magazine, England’s oldest literary periodical, which has been published since 1732 and is renowned in the British literary landscape.

Odette’s recognition is something she would only have dreamed of just five years ago, when she was, in her own words, ‘stuck in a rut’.

“My life really wasn’t going anywhere,” she explained. “I left school with no qualifications - no one was going to employ me, and I really thought I had nothing to offer.”

However, Odette’s friend Sarah Wreathal knew that she had more in her, especially since she’d been able to pass an English GCSE in her mid-30s.

“Ever since I was young I had never been encouraged to achieve anything or even take an interest in academic studies, so was unaware of my abilities,” Odette said. “But Sarah knew that there was plenty of ability inside me, I just had to believe in myself more.”

After undertaking a university taster course, Odette then completed a foundation degree at USW - covering a wide range of subjects including English, religion, culture, and media studies - before being accepted onto the writing degree.

“I’d always liked writing, so it seemed like the natural choice,” she said. “Over the three-year writing degree, I wrote in lots of different genres including memoir, short stories, poetry and travel pieces, one of which, Mad Monkeys and River Rats, which focuses on the time I spent in Thailand, turned into a very enjoyable two-year project.

“The poetry collection ‘Newport Girl’, which won the Tony Curtis Prize, is made up 21 poems about my childhood growing up in Newport and Merthyr Tydfil. They are very personal pieces, and chronicle my life through my eyes.”

“I want to go on to do a Masters, which may just get me a doctorate,” she said. “I think Doctor Debono has quite a nice ring to it!”

Whatever she decides to do next, Odette is looking forward, and not back to the years where she doubted her ability.

“I absolutely loved what I was doing. I wanted to improve my own writing,” she said.

“But it wasn’t about proving something to anyone else, I wanted to prove to myself that I could do it. And I think I’ve done that.”

Some of Odette's poems from 'Newport Girl'

Or chairs old and rickety

Bits of bright cloth slip through

While I was sleeping

They narrow into the distance

The sun angles down onto

Tying fluttery bunting to one roof

Flap and snap in a low breeze

On this day of days

That children don’t know about

But a party’s a party

Down the narrow streets

Join together to form

In paper cups that

Dissolve around the rim

At points along the way

Refereeing between the shoulders

With fistfuls of crisps

The curbs while I was away

Narrow into the distance

When the wind blows through my hair,

Lifting it high and whippy to the sky,

When it kisses the heads

Of early bluebells and late snowdrops

Then curves to the treetops and

Whispers to those who can hear,

Do you whoop down the chimney

To leave sooty signs on the floor?

Did you want more?

Are you in the eyes of your children?

Peeking, now and then,

At a world without you? Or…

You could just be hiding,

At the corner of my eye?

In the faces of strangers?

In the folds of curtains?

Did you go to Heaven?

With Jesus to comfort you in your loss

In the deep earth, trapped

With a bony past

That lies uneasily beneath

Your life in a jar?

Did you fly into my heart?

(I remember a thud). 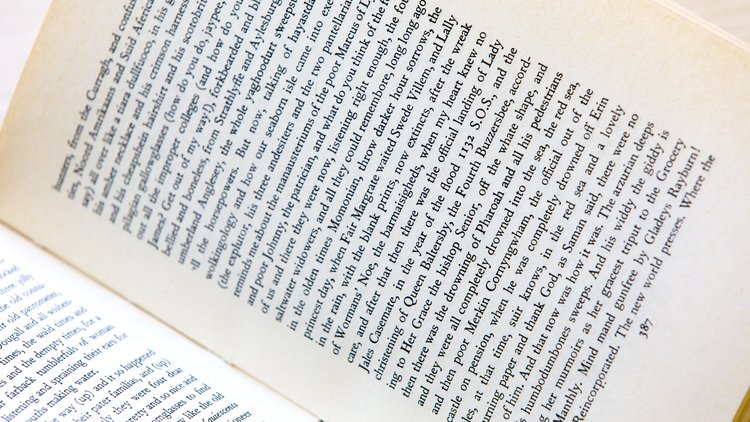 Aiyanna is a Graduate Bid Writer 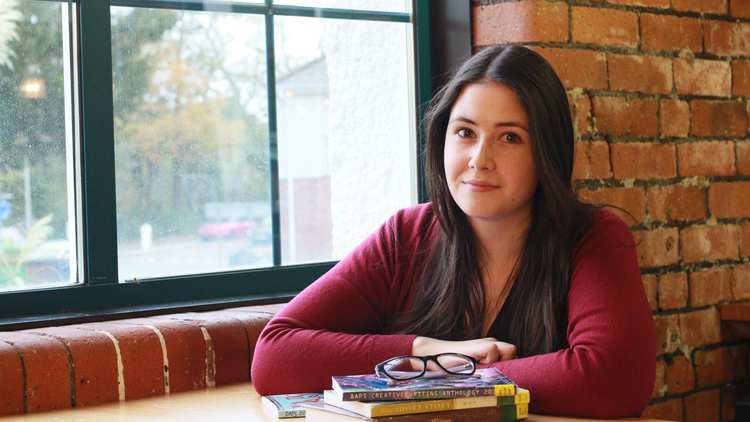 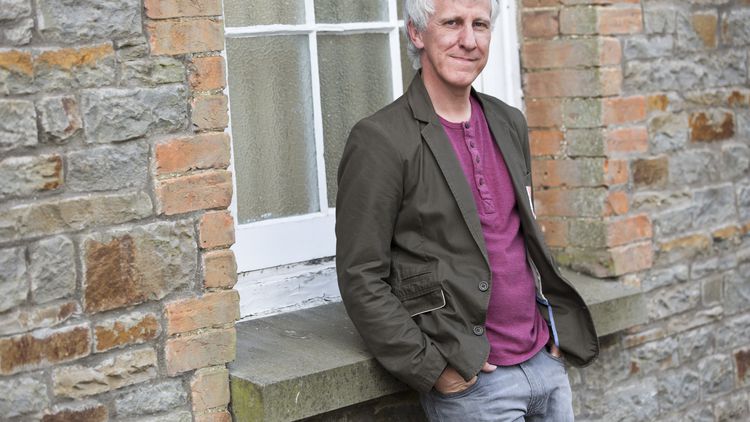 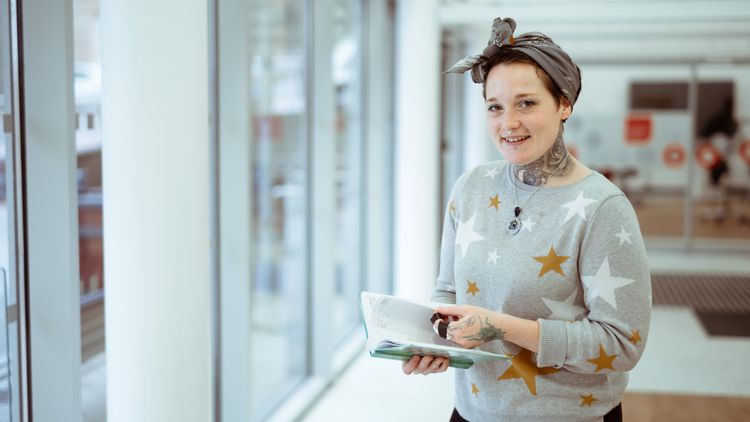 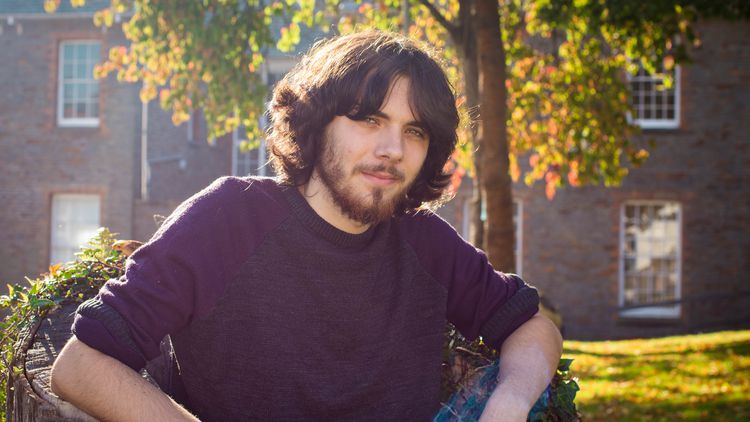 Being President of Daps, the creative writing anthology 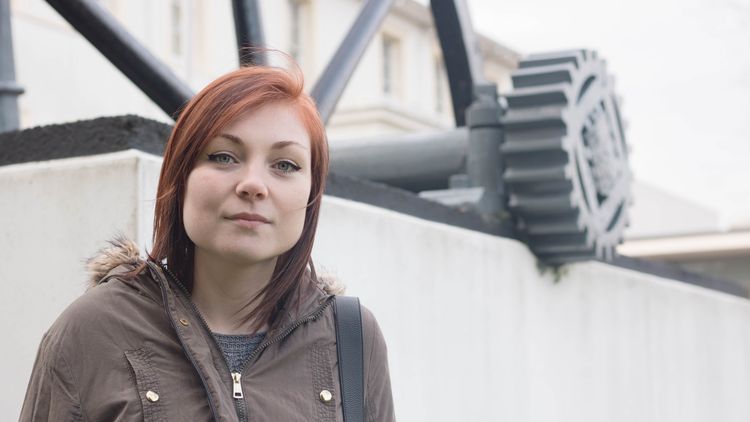 Bryony is fine tuning her skills as a creative writer

Aiyanna is a Graduate Bid Writer 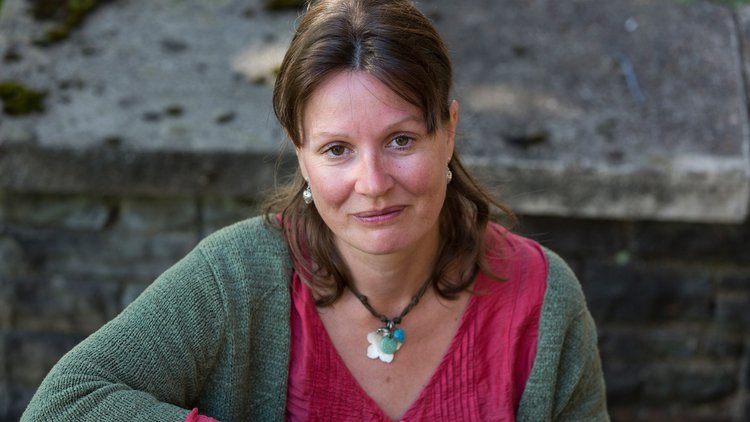 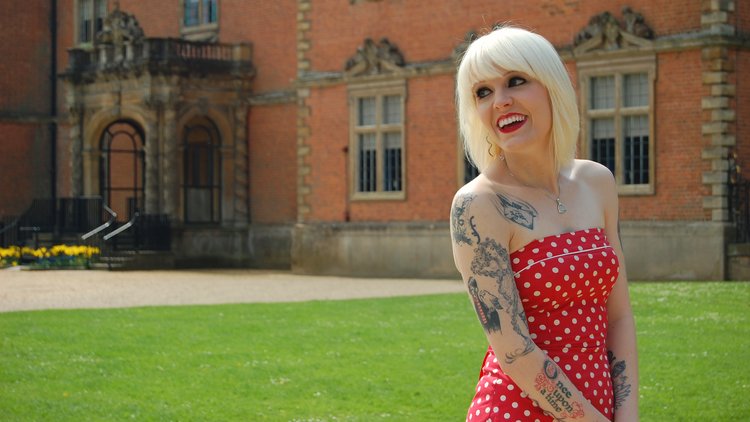 I have always craved words more than food 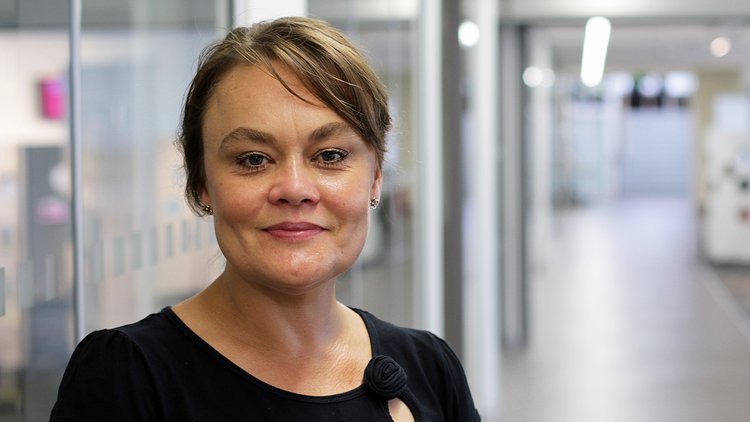 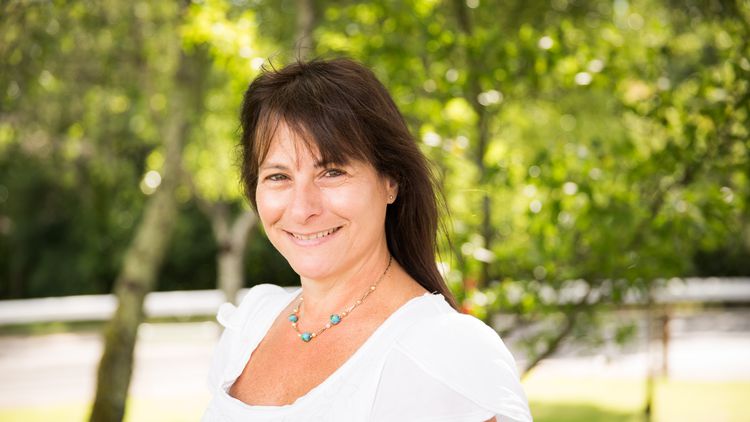 I get to combine my passion with my profession 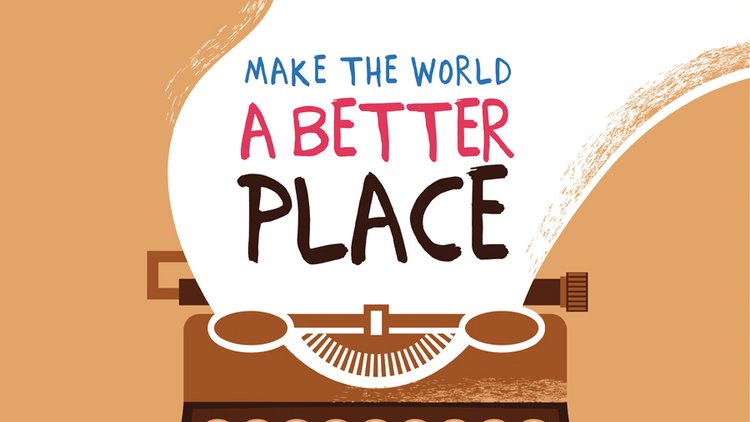 How to write short stories