Film Graduate Asif Kapadia filmed Amy, based on singer Amy Winehouse, which has become the highest grossing documentary of all time in the United Kingdom, and also won him an Oscar for 'Best Documentary' in 2016. In 2018 he is set to release Maradona, based on Argentine football legend Diego Maradona. Asif spoke to us about his career to date and his time at Newport Film School.

“I think films should be exciting and dramatic. Some people say I'd never go and see a documentary at the cinema. I treat them like dramas. I think that's the main thing. Make it feel like you're watching a drama but its real,” says Asif Kapadia, film maker, storyteller, director of the Oscar and BAFTA-winning documentary film Amy and alumnus of the University of South Wales, having studied at the former Newport Film School.

Although mainly known for his documentary films including ‘Senna’, a biopic of the late Brazilian racing driver, Kapadia didn’t train specifically as a documentary film maker. In fact, his first feature film, The Warrior, was anything but, telling the tale of a man who renounces his role as an enforcer to a local lord but then becomes the prey in a murderous hunt through the Himalayas. It won two BAFTA awards in 2001.

But telling stories through images, rather than talking heads, is something Kapadia believes makes documentaries like ‘Amy’ and ‘Senna’ more appealing to people.

“Senna was like an action film. The aim is always to get people who don't watch documentaries to go and see it because they want to see a good film and they want to be entertained. Maybe they don't like sport or Amy Winehouse but the intention is to get them there for the movie experience.”

While ‘Senna’ was, in many respects, a celebration of the life of one of motor racings greatest ever drivers, ‘Amy’ was an altogether more sensitive subject with debate and accusations about the singer’s life continuing long after her death. Asif admits that, from the start, he didn’t know Amy’s story that well:

Amy was all about building trust

“I knew her music, I knew she was singer and I had her CDs, but I'd never met her or saw her perform live. I just felt there were lots of questions that perhaps to me remained unanswered. Why did her life turn out the way it did? Why is it possible that someone can die in this day and age in front of our eyes and it didn't feel like a big shock to anyone? Why is she on stage when she doesn't look well? I didn't really understand. I'm interested in making films where I learn along the way, like the audience, that's how I feel, I'm the audience.

In making the film Asif spoke to many of Amy Winehouse’s friends and family. With the media furore surrounding Amy and the accusations that had been made in public, Asif had to build trust and understanding before people agreed to talk to him:

“You've got to spend time getting to know people and spending time looking at them and listening to them and for me, with ‘Amy’, a big part of it was just getting people's trust. It was all about trust, it was all about people who thought something awful had happened and it’s like no one had cared in the world. Nobody seemed to have an interest in what was really going on. And then I came along and they didn't have any trust for anyone. So I had to somehow speak to them and listen to them in a way that no one had done before. That was my job.

“What was interesting with Amy particularly, which I have never done in a film, and in a way wasn't very difficult, but as a piece of film making it was a departure and a bit of a dream because there was no screen play. There was no document at all. There was never a structure, nothing on paper. It literally all came out of conversations and I just started making the film.”

Asif’s career began in at the former Newport film school, which is now part of the University of South Wales. And, for him, without that course and that opportunity, he doesn’t believe he’d have ended up making films like ‘Senna’ or ‘Amy’.

“I studied a two year HND film course from 1990-92 and I lived in Pill. Everything I shot was on film, you had to load the camera yourself, you had to shoot the camera and you had to cut the film. For me it was kind of the end of an era of making film and learning how precious your material is and really having to think before you shoot, which is the opposite of what you would do now when you shoot and then you think.

“I basically spent two years just making movies. I worked for people in every different capacity. I was a camera assistant, a focus puller, laying tracking, being first assistant director, being in the art department, doing whatever it took to learn to write and direct my own stuff.

“At that time it was exactly what I needed. There were other courses that were theoretical but my love and passion for filmmaking came from being on set, and Newport was literally two years of being on set.

“A really important part of my journey is that the first film that I made at Newport was called 'Pizza Man' and my tutor was very supportive of it and I still love the film and it was a documentary about an Italian pizzeria owner in Pill. That was my first documentary. So the journey went from there to ‘Senna’ and ‘Amy’.

“It's still one of my favourite films. I shot it on VHS and cut it linear. It was old-school editing where, if I wanted to change anything, I had to go right back to the beginning. It was literally starting with a VHS master and degrading the footage every time I did a copy.

“In the end people loved that film and it could have been on TV but it was never good enough quality-wise to be on TV so it never got shown anywhere. But it was really the start of my interest in docs and working with people and telling a story from a character point of view.” 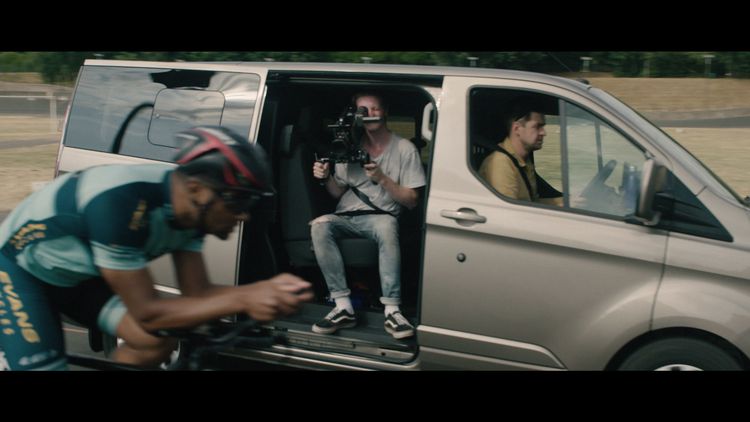 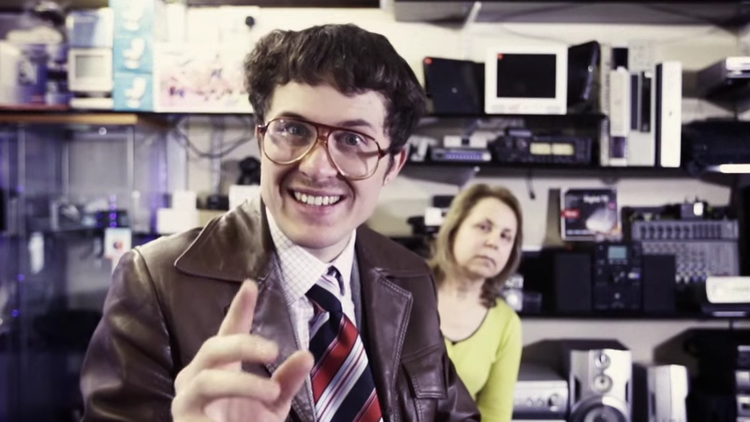 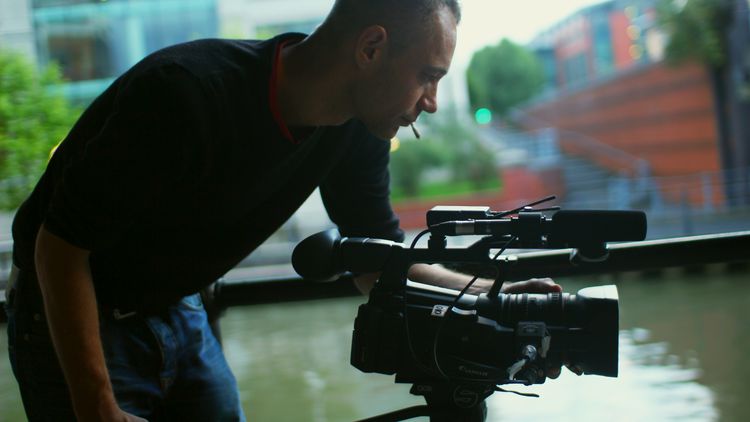