It's a joy for us to be contributing to a diverse and rich theatrical ecology: Big Loop Theatre Company 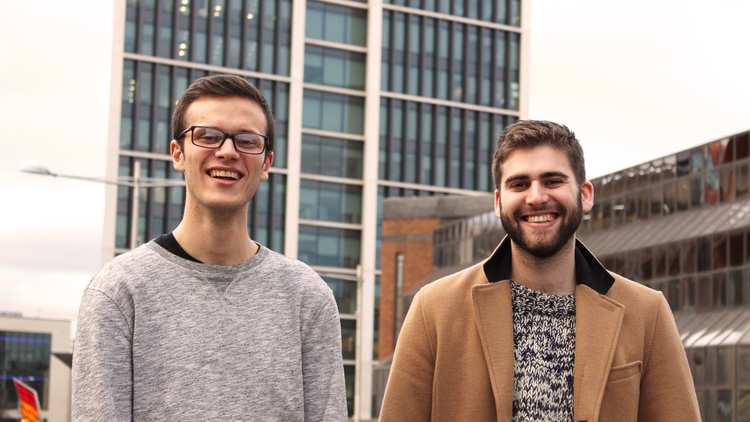 George Soave, from Milton Keynes, and Duncan Hallis, from Salisbury, are recent graduates from the MA Drama degree at the University of South Wales. Both progressed from the BA (Hons) Theatre and Drama to the MA at our Cardiff Campus. Both are founding members of Cardiff-based Big Loop Theatre Company and co-founders of the Cardiff Fringe Theatre Festival. We caught up with them to talk about the course and what they’ve been up to since graduation.

You both studied the undergraduate BA (Hons) Theatre and Drama at USW. What inspired or encouraged you to take the step going from the BA to the MA Drama degree?

George: It was the luxury of having that extra year to experiment. It would have been difficult to do that if we weren't in a university environment. If you graduated from the BA with a 2.1 or above, which we both did, there was a scholarship at the time which meant that the tuition fees for the MA would be cheaper. Financially, it made a lot of sense to do that.

Duncan: A similar situation for me. It was really cost-effective. I spent most of my undergrad really excited at finishing my degree and going out, getting into the industry and making work. It wasn’t until the end of my third year that I realised that meant nothing with regards to plans. I had no idea what I was going to do with that first year out of uni. The MA worked as a really great bridging point for me between my undergrad and working in a professional context. It afforded me another year to come to terms with what I wanted to do and how I wanted to go about doing it.

Duncan: There’s a lot more freedom and a lot more responsibility on you as a student. A large part of the MA involves independent study. There is a lot of focus on you and figuring out what your practice is or what you would like your practice to be. One of the most fantastic things about our MA was that you could use it for whatever you want. There’s such a broad range of lecturers with different specialisms that they can advise you based on their own interests and experiences, or find someone who can. They also have contacts with people in the professional world. The lecturers also want to learn from you as well. There have been instances where lecturers have been asked about something that they don’t know about, they’ve gone away and read up on it and have then come back the next week and ably taught it to students. I think it’s brilliant that the drama department at USW are prepared to do that for you.

George: The MA is also a smaller course. In our year, there were 13 of us whereas, in the BA there were about 70 people on the course. Having a smaller class means that you get a much more focused approach with those lecturers. We were really fortunate that the cohort was so varied. It was so valuable to watch so many people have such a variety of theatre and theatre-making. There’s comedy, children’s theatre, autobiographical, performance art, teaching science with theatre. We’ve experienced it all. It was valuable to have a safe space to consume experimental work.

What was the highlight of the MA degree for you? What did you particularly enjoy?

Duncan: My highlight would probably be my major project. Another student and I devised, wrote and put on a comedic play called ‘Flowers’. I think it went well and, in my head, it was a success because that was a prime example of something that we could have only made in a safe context. I was so nervous about it and I don’t think it ever would have got to the point of performance if it was something that was being made in a professional, commercial climate. It was only something that we could properly throw ourselves into knowing that, if it went wrong, we would only get a slightly below average grade.

George: I would say that one of my highlights was the module ‘Reflective Practice 1’. It was our first live performance of the MA and I worked with another MA student. We created a piece that wasn’t like anything I’d ever made before. It had personal ties to me and my teenage years. Growing up, I spent time sat behind a computer watching YouTube videos and we created this sort of performance installation based around the idea of YouTube celebrities. It felt pleasantly nostalgic to do research around this topic and to create a half-hour piece of theatre. It opened my eyes to the variety of form – it was educating.

You are both members of Big Loop Theatre Company, a company that you founded with three other USW MA Drama graduates. How did that come about?

George: I’m the creative producer for Big Loop, which centres around admin and day-to-day business management. The five of us are all young and new to working in the industry. We are all very much still learning and that’s what’s so exciting about it is that it’s taken a little bit of time to set up the company as well. It’s allowed us a bit of breathing space to find our feet. Something that I’ve noticed in the past few months is that we’ve started looking towards the future and we really want to capitalise on this creative platform that we’ve established to make a living – to be theatre professionals and do it as our primary jobs.

Duncan: Big Loop was chosen as the name from one of the lines of the play. We are a collective of five; myself, George, Cory Tucker, Kitty Hughes and Allie Downing (all USW graduates). We are based in Cardiff but have made work in Bristol and East Wales.

You’ve also gone on to help set up the Cardiff Fringe Theatre Festival, which had its inaugural year last year, which is quite an achievement. Could you tell us a little bit about that?

Duncan: For its first year, we deem it to be a great success, a success that wholly belongs to the artists and performers who took part in the festival and to the audiences who came and watched. It’s such an exciting thing to be a part of, to facilitate and make happen. We really felt like it was a platform that was needed in Cardiff because of the vibrancy and quality of the fringe theatre community in Cardiff. We felt that it needed to happen. So many artists are at the stage where we want to be putting on work but we need a place to perform our work and people to come and see it. If you don’t have those two things, you can’t be sustainable as a company. We’re really excited to be putting the festival on again this year.

What is Cardiff like as a place to produce creative work?

Duncan: I did have ideas of moving to a larger city after I graduated from university, somewhere like London, Manchester or Edinburgh. From my experience, Cardiff has got such a rich culture and so much brilliant art is made here. The biggest difference between Cardiff and other larger cities is that you are so much more noticeable here, whether that's you emailing people and asking to meet up and have a coffee or you have a performance that you are trying to promote.

George: It’s such a joy for us to be here and contributing to such a diverse and rich theatrical ecology. It’s still growing and to be a part of that and to get our work noticed by the people who have been here and have been producing work for a lot longer than we have, is a real pleasure.

What advice would you give to people thinking of studying MA Drama at USW?

George: Don’t be put off if you are coming from a different background. There’s very clear evidence that it works and can work, as long as you have a passion. If you can come, contribute and be part of the conversation then I would recommend studying the MA.

Duncan: Take risks and make the work that you would never ever be able to make if you weren’t in an academic environment. By doing the MA, you’re demonstrating that you have a passion to achieve. You need to make sure the degree works for you, it’s in line with your ideas and interests and that you’re gaining something from it. Also, be nice! Nothing will get you further than being nice, respectful and kind to others and communicating to them that you appreciate their work and support. It’s something that is really apparent in the drama department at USW and I’ve always felt like they cared about us as students and now as graduates.

You can find out more about Big Loop Theatre Company at their Facebook page. The Cardiff Fringe Theatre Festival runs from the 15th - 26th June 2017. More information can be found at their website. 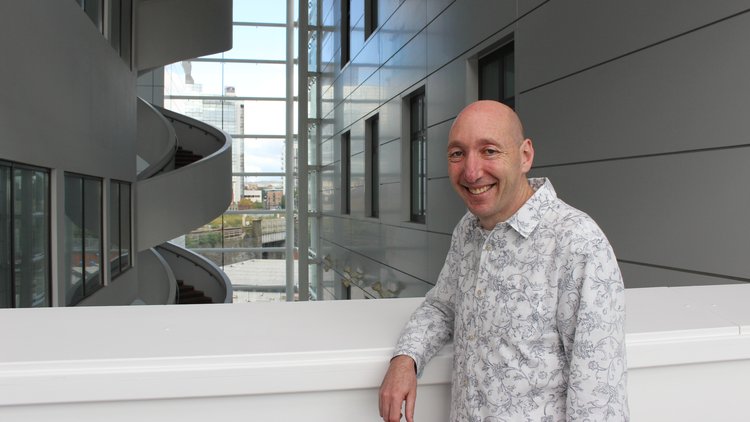