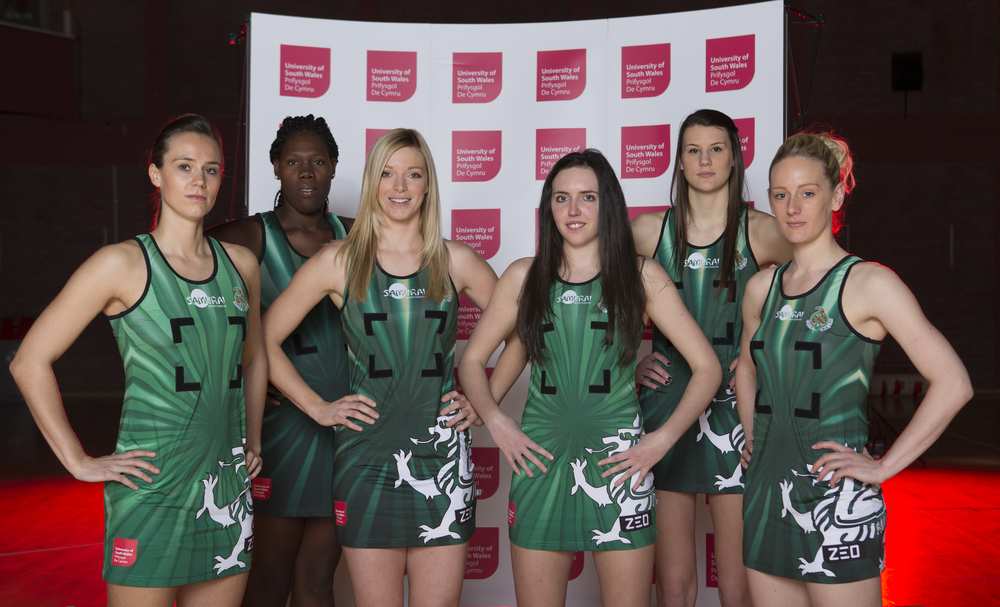 The University of South Wales has announced its renewed sponsorship of Wales’s netball team, the Celtic Dragons.

The partnership renewal was announced, along with this season’s team, earlier this week.

Dr Linda Evans, Head of the School of Health, Sport & Professional Practice at the University of South Wales, said: “The University is delighted to be continuing its support of the Celtic Dragons and sponsoring the team for their next season.

"We hope that through our work with Welsh Netball, more women will realise their sporting potential and play competitively.”

Trish Wilcox, Head of Elite Performance at Welsh Netball, added: “We are thrilled that the University has again come on board for our 2015 season after a successful year in partnership.

"Netball is finally the leading women’s sport in Wales and to have a new, forward thinking University supporting the Celtic Dragons is very exciting for our future.”