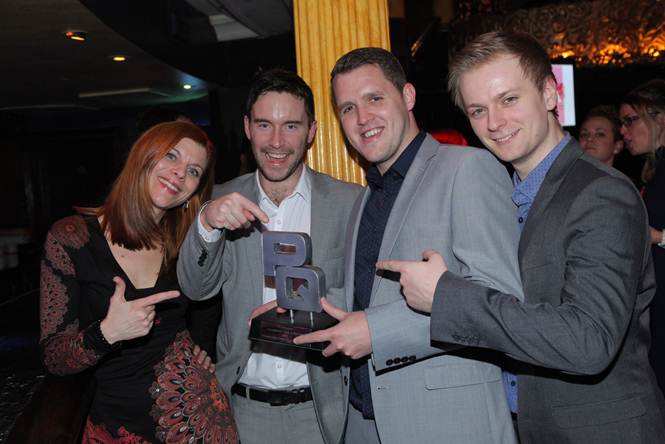 Two past USW professional Accounting students have been recognised for their outstanding efforts at the PQ Magazine Awards 2015. The prestigious annual PQ Awards recognise the best institutions, teachers, materials, students and learning platforms in the accountancy market.

The Finance team from JoJo Maman Bebe, the Newport based babyware retailer, successfully won ‘Finance Team of the Year’.

Tom Burns, an ACCA Affiliate, and Robert Price, who studied CIMA at the University of South Wales, were part of the successful team.

Tom and Robert were amongst four members of the team who accepted the prize at the Awards Ceremony, on the 10th February at Cafe de Paris in London.

Find out more about studying Accounting at the University of South Wales.