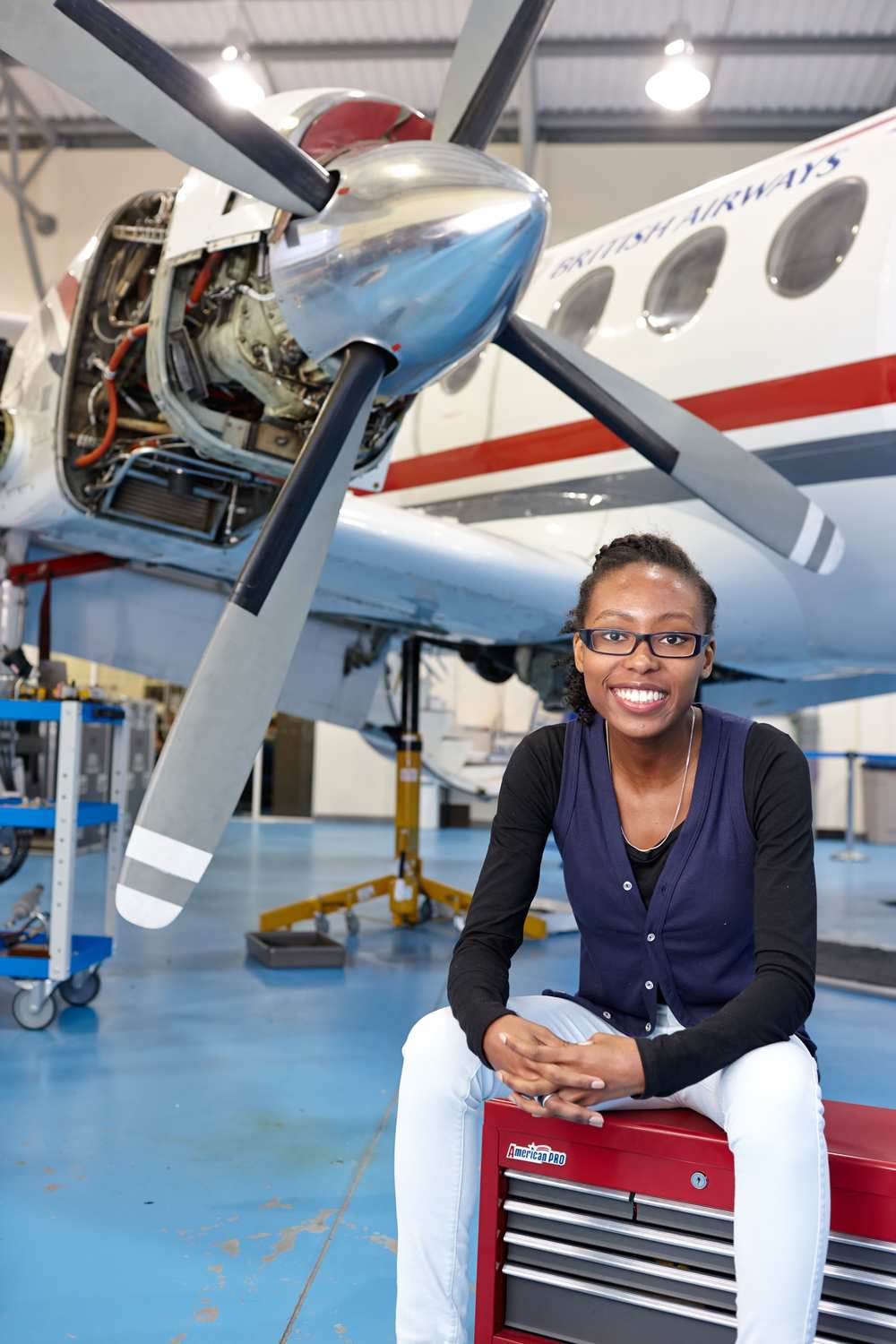 A University of South Wales graduate is flying high after receiving a first-class honours degree and being named British Airways AME (Aircraft Maintenance Engineering) student of the year.

As a reward, 22 year-old-Natalie Simpson will be flying ‘club class’ to Seattle where she will visit the Boeing factory.

“I can’t wait, it’s really exciting. They’re being pretty tight-lipped about what I’m going to be doing and seeing but I do know I’ll see the Boeing production line which will be amazing. And I get to fly back on a 787 ‘Dreamliner’ jet as well so I’m really looking forward to that,” said Natalie.

Natalie is also set to start the second part of a six-week placement with British Airways.

“They put us into shifts and we get to work with the engineers and mechanics on that shift. I had a similar placement last year and we did engine servicing, changing the oil, and checking fan blades, cabin equipment and electronics.”

Natalie studied BSc (Hons) Aircraft Maintenance Engineering at the University after taking some advice from her dad:

“He was a mechanic and when I was nine or ten years old I told him I wanted to be one too. But he said no and told me to find something where there was a better chance of progression so I decided to look at aircraft engineering.”

And Natalie credits her opportunities with British Airways with the course she studied at the University of South Wales.

“I don’t think I would’ve got as close to BA if I hadn’t studied at USW.

“Also, the course offers such a lot of hands-on experience that I don’t think other universities offer, so I feel like I can go straight in and start working on aircraft right away.”

USW is the only university in the UK that has integrated the industry-standard aircraft maintenance qualification ‘EASA Part-66’ with an Honours degree, and delivers it on campus.