From Cardiff to the Caribbean: The USW student aiming to save a species 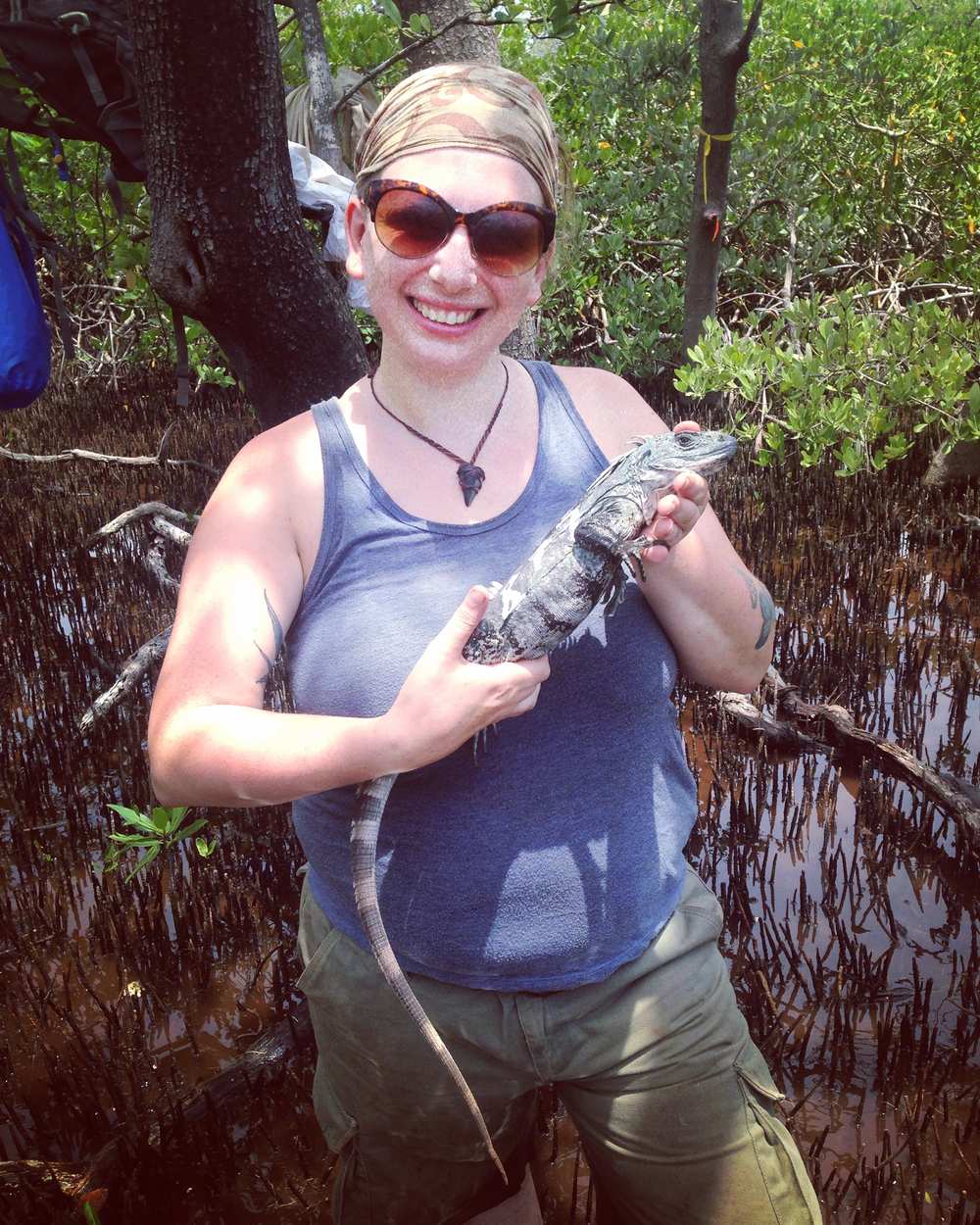 Daisy Maryon with one of the 'swampers'

A SCIENTIST has been battling to save a reptile from extinction – and warding off poachers - after swapping Cardiff for the Caribbean.

Daisy Maryon, 29, who’s a Masters student and lecturer at the University of South Wales (USW), has just returned from a nine-month field trip to the small island of Utila – which is about 15 miles off the coast of Honduras in Central America, and around half the size of Guernsey.

During her stay, Daisy - who has a degree in International Wildlife Biology - carried out detailed research into the habitat and lifestyle of the Utila spiny tailed iguana – which is known by the island’s 3,000 or so residents as the ‘swamper’.

“The work has been looking at the iguana and how it can be saved from extinction,” said Daisy.

“It is on the International Union for Conservation of Nature (IUCN) red list – which means it is a critically endangered species. The specialist IUCN group I have been working with has been looking at how the little reptile can be saved and protected.”

The work has been quite tough for Daisy and her colleagues. The swamper – which is about 40cm to 70cm from its nose to the tip of its tail - is the only iguana in the world that lives a mangrove habitat, meaning there was a lot of wading through chest-deep water and clambering over roots to contend with, before the animals could be caught and fitted with radio tags. 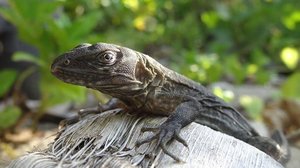 There was also the problem of poachers to deal with.

“The number of swampers is also dropping because they are being hunted and their habitat is being destroyed,” Daisy said.

“The animals are eaten as an Easter dish – the females with the eggs still inside them are cooked and then eaten as a delicacy, and the poacher will hunt it to sell it.

“That’s why we’ve started an education programme from the Kanahau Utila Research and Conservation facility, in partnership with two other bodies, to raise awareness among the local schoolchildren of the issue, and the fact the swampers could disappear.”

The work on protecting the iguanas won’t just be a benefit to that one species, Daisy explained, as there is the possibility that they have a much wider importance.

“The research we are carrying out is also looking at whether the swampers are a ‘keystone’ species, and how they adapt to the changing world around them” she said.

“We’re looking at whether they play a vital role in seed dispersal – which would obviously mean that their demise could be much more significant to the surrounding eco-system.

“This is why it’s so important that we are able to help with the monitoring programme for the iguanas and to see if there’s any need for a repopulation programme, as once they’re gone we won’t know exactly how important they actually were to the environment on the island.”