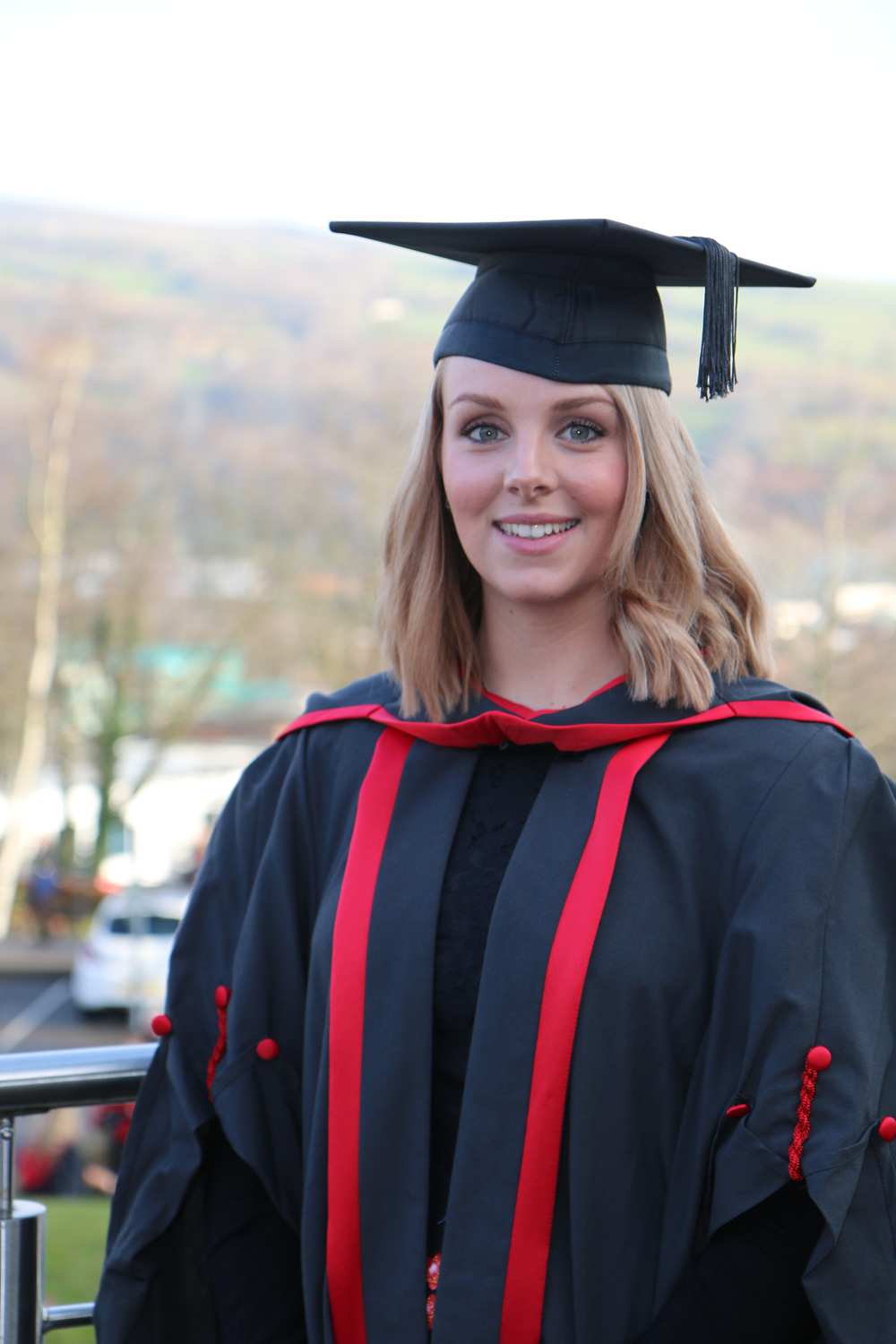 IT’S going to be quite a Christmas this year for Hannah Samuel – the 24-year-old is now the proud owner of not one, but two, degrees.

In September she finished her second three-year course at the University of South Wales (USW) – so now boasts a Bachelor of Science in Learning Disability Nursing, and the same qualification in Health and Social Care, which she gained in 2013.

She collected her second degree at USW last week, as just one of hundreds of successful students who have completed their courses.

But it wasn’t the start of days of pre-Christmas celebrations for Hannah, who is from Bridgend and is a former pupil of Ynysawdre Comprehensive School in Tondu. She is already employed as a nurse for people with learning disabilities, working full-time in Cardiff for Abertawe Bro Morgannwg University Health Board.

And it’s a job that Hannah has been working towards since childhood.

”I’ve always been a caring person, but wasn’t sure which branch of nursing I wanted to go into – that’s the reason I went back to studying after doing my first degree,” she said.

“I got involved in volunteering for charity Scope and supporting a young lady with a learning disability and that gave me some idea of the direction I wanted to go in.”

Getting a job as soon as she graduated was just the latest success for Hannah, who was also recognised for her commitment while at USW. 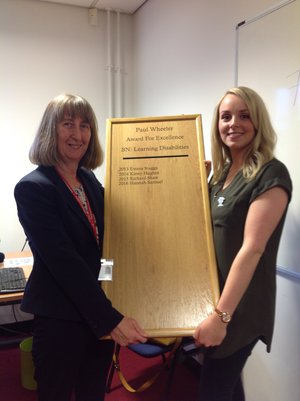 She was awarded the Paul Wheeler Award by the university, which is presented to a third year learning disability student nurse in honour of the lecturer. Paul – who always strove for and achieved excellence - was one of the first learning disability graduates from the institution in 2000, and subsequently became a senior lecturer. He died in 2008.

Hannah was also a student representative for the All Wales Strengthening the Commitment group, which develops strategies for meeting the challenges faced by learning disability nurses, employers and the service as a whole in ensuring the delivery of high-quality nursing care for people with learning disabilities.

And Hannah’s days of studying might not be over yet – she’s already considering taking on a Masters course in years to come. And she might just be returning to USW.

“The reason I chose to go to USW was because of the quality of what’s on offer to students,” she said.

“The simulated learning facilities are second to none, and the teaching is really up to date.

“Plus, being really close to home, it made managing finances much easier.”