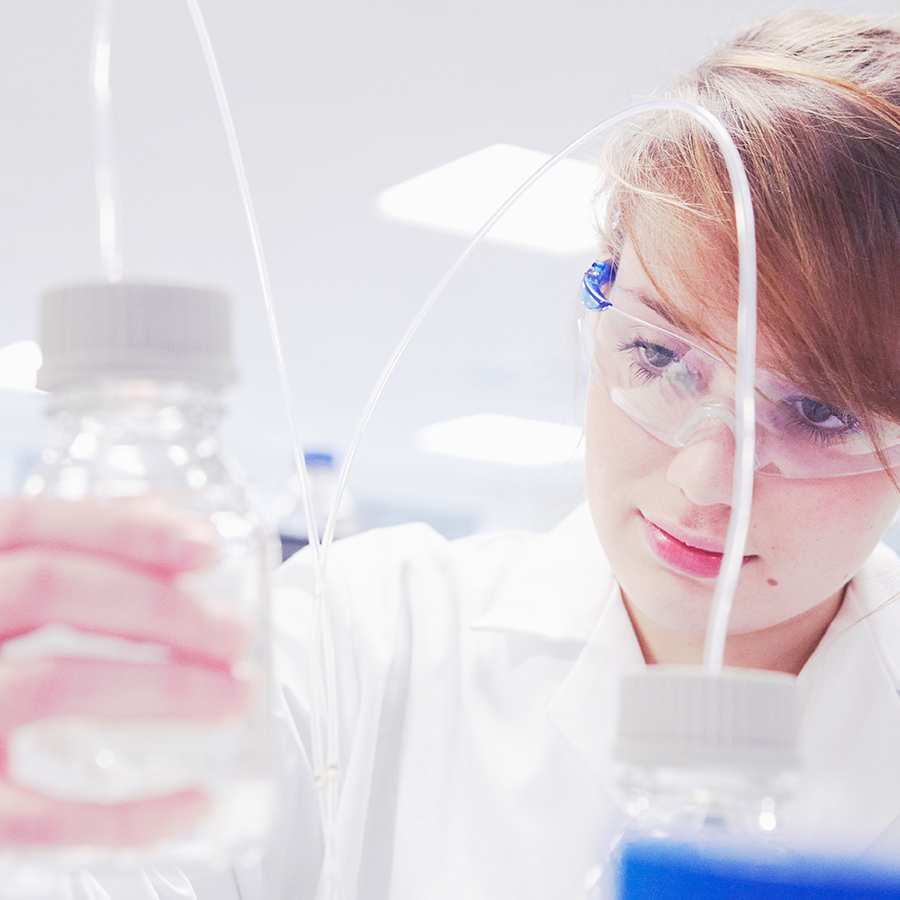 A new report commissioned by Welsh Government and published today on International Women’s Day (March 8) seeks to find ways to encourage more girls and women in Wales to study STEM (science, technology, engineering and mathematics) subjects and pursue careers in the science sector.

The report – entitled Talented Women for a Successful Wales - aims to tackle the critical shortage of women in STEM roles in Wales, and across the rest of the UK.

The 73-page report identifies the need for a sea change of attitude across society to break down existing barriers and create the skilled workforce needed to support the future economic growth of Wales. It is estimated that increasing the number of women in science across the UK could be worth £2bn to the national economy.

According to research, Wales currently has a shortfall of around 600 STEM academics which could be addressed directly by increasing the number of women in the relevant careers.

Welcoming the report, the Chief Scientific Advisor to the Welsh Government, Professor Julie Williams, said: “The lack of women in STEM professions matters for their individual life chances as they are missing out on many well-paid and rewarding jobs.

“More broadly however it limits the talent available to our science base and businesses and is therefore a constraint on Wales’ future economic prosperity.

“The reasons for this shortage are complex and wide-ranging and this report attempts to look at how we can remove the barriers for women entering and maintaining science careers in Wales. I will review the recommendations of the report and work with the Welsh Government on a formal response over the summer.”

Economy and Science Minister, Edwina Hart, said: “Science underpins innovation and technology development which is essential for economic growth and creating high quality jobs. That is why the Welsh Government has invested more than £100m in recent years to increase Wales’ research capacity and commissioned this report on how we can ensure more women choose and maintain careers in science.”

The report recommends dealing with the under-representation and poor retention of women in STEM in Wales through four major themes of education, recruitment, retention and promotion.

Louise Bright, Deputy Director of Research and Business Engagement at the University of South Wales was part of the task group that fed into the report.

She said: “We wanted to make some recommendations that universities, employers and schools could implement to help address the gender balance in STEM subjects. A lot has already been done to date, but we wanted to introduce sustainable concepts that could help to reach the majority of young people.

“The Athena Swan Charter was introduced a number of years ago to address gender equality across STEM subject areas. Since it has been introduced, some research funding bodies will now only fund research in universities that have Athena Swan accreditation. This has put a real focus on this issue and is encouraging universities to show that they are committed to gender balance.

“We also wanted to address the issue of getting girls interested in STEM at a young age whilst still at primary school. So the report looks at how we equip primary school teachers to deliver fundamental concepts of STEM as well as what secondment and training opportunities could be implemented for specialist STEM secondary school teachers.”

Professor Hilary Lappin-Scott said: “The under-representation of women in STEM is a complex issue and producing this report has been a challenging process. However this report sets an ambitious agenda for everyone with a stake in the future of the STEM workforce – including the Welsh Government, business, educators and the public sector as a whole. We look forward to a considered response from the Welsh Government.”

Prof Holford added: “The science, technology, engineering and maths sectors are crucial to the success of Wales, making a major contribution to innovation, economic growth and the quality of public services.

"Women are outperforming men in education overall yet, still, more of them work in jobs requiring skills below their educational level. They are significantly under-represented in the STEM workforce; this is a waste of knowledge and talent.

“This problem is not unique to Wales and there are now emerging clusters of best practice and policy initiatives from across the world that we can learn from.”

Professor Hilary Lappin-Scott added: “The under-representation of women in STEM is a complex issue and producing this report has been a challenging process. However this report sets an ambitious agenda for everyone with a stake in the future of the STEM workforce – including the Welsh Government, business, educators and the public sector as a whole. We look forward to a considered response from the Welsh Government.”

The report found that relatively few girls study STEM subjects post age 16 and suggests recruiting more women into the workforce as graduates, through apprenticeships and other routes. It also states that statistics show women with a STEM degree are less likely to pursue a career in their area of expertise than their male counterparts.