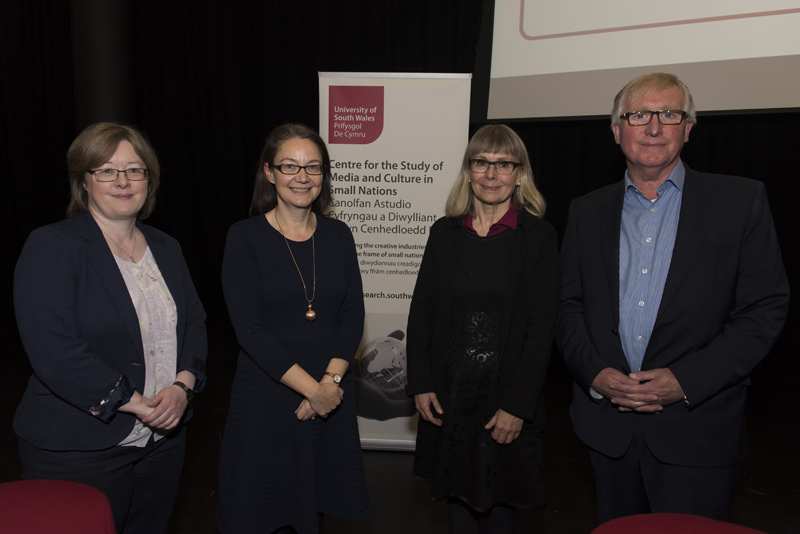 The University’s Centre for Media and Culture in SmallNations has celebrated its tenth anniversary.

Since then, the centre has worked across a wide range of disciplines from creative writing to visual arts, from heritage and performance to media audiences and media policy. They’ve enjoyed working with many arts and media organisations as well as individual academics and artists from across the world.

The Co-Director of the Centre, Dr Ruth McElroy said: “For us as a Centre the value of small nations lies not in stabilising or naturalising or homogenising the idea of the nation; rather it is to question the centrality of nation-states and their historical and ideological legacy in formations of global, economic and cultural power. If the concept of small nations achieves anything it is to make us look beyond the dominant frameworks, to see the world slant so as to appreciate the richness in it. And in so doing, it places people – their cultures languages, identities and inter-connections - centre stage.”

Professor Mette Hjort from the University of Copenhagen delivered a public lecture to mark the tenth anniversary at USW Cardiff Campus, looking at the world cinema as a guiding ideal and the role of small nations. The lecture explored why size and scale should be galvanizing concepts of nationhood and cultural identity in this dynamic and responsive field.

Dr Ruth McElroy, Co-Director for the Centre of Media and Culture in Small Nations © Rhys Skinner