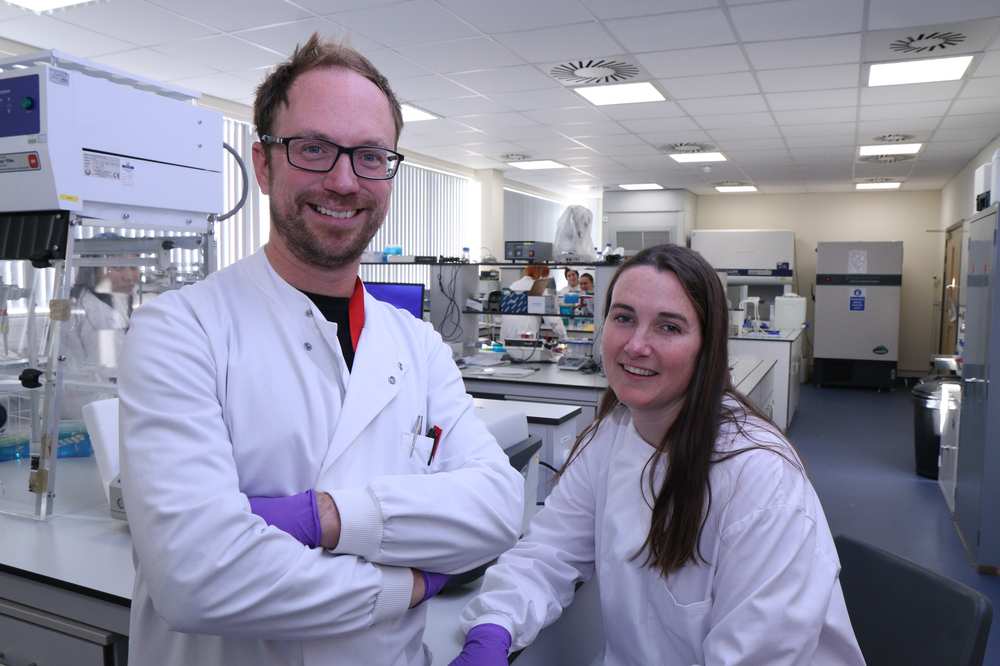 TWO lecturers from the University of South Wales (USW) have been awarded £14,000 to help develop a revolutionary machine which will improve the accuracy and speed of diagnosing infectious diseases in order to tackle the chronic overuse of antibiotics.

Microbiologist Dr Emma Hayhurst and molecular geneticist Dr Jeroen Nieuwland have formed 123 USW, which is just one of 12 teams from three continents which have been awarded seed funding from the Longitude Prize Discovery Award.

Each of the chosen teams - five each from the UK and India and two from the US – have received a grant to be used for developing ideas and overcoming technical challenges faced when working on submissions for the main Longitude Prize challenge - a global effort to tackle the issue of antimicrobial resistance by reducing overuse of antibiotics.

In partnership with USW’s Centre for Electronic Product Engineering, Emma and Jeroen[JN1]  have developed a prototype machine which uses a sophisticated technique to detect specific fragments of bacterial DNA.

The ultimate goal of the technology is to give a medical professional an answer to whether a patient is in need of antibiotics and which type would be the most effective. The answer could be given within half an hour directly from the patient’s sample for less than a cup of coffee. This is in contrast with the current system which takes days for test results to be available, or results in the patient being wrongly prescribed medicine.

Dr Hayhurst explained why the Prize funding is important.

“We really believe in our idea and we think we have something with huge potential,” she said.

“The rise of antibiotic-resistant bacteria is a huge challenge facing global health. If we don’t tackle the problem we are facing a future in which 10 million people a year die of bacterial infections that we cannot treat. Inappropriate prescribing of antibiotics is bringing that future ever closer. A lack of cheap and fast diagnostic tools is an inherent part of the problem. The time to do something about this is now.”

The Longitude Prize has been developed by Nesta, the innovation foundation, and has a £10m fund to develop rapid diagnostics to help tackle antimicrobial resistance.

Daniel Berman, Longitude Prize lead at Nesta, said “We’re delighted to announce the recipients of Longitude Discovery Award funding, chosen from a field of over 70 teams of inventors.

“The groups receiving these grants are working across a range of technologies, from nanosensors to gene detectors to lasers, but they are all working towards one goal - the development of a tool which will radically transform the way people access antibiotics and help to fight the growing threat of antibiotic resistance.”