USW sweeps the board at Ffresh student media awards 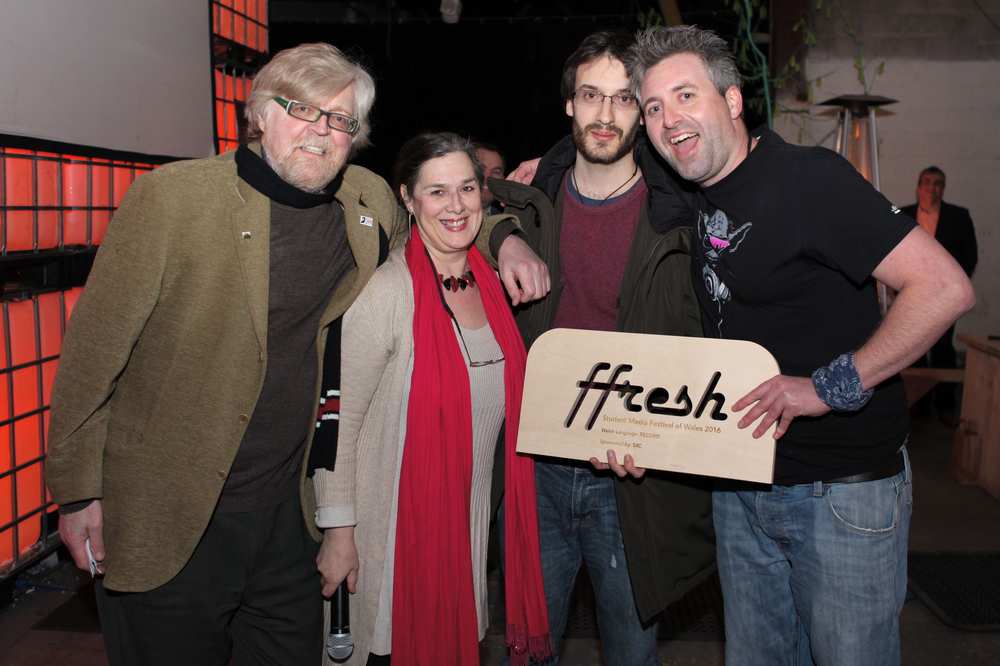 Students from the University of South Wales (USW) swept the boards at the Ffresh Student Media Festival of Wales 2016 awards last week, taking home eight or the ten titles on offer.

The awards were in a number of categories including animation, games, visual effects, film making and music media.

An Unfortunate End: The Boy & The Fairy - Jordanne Richards

Time for Nothing - Ryan McGrath

The ‘Best of Festival’ award was sponsored by the National Association of Higher Education in the Moving Image, and judged by Jeremy Bubb, a lecturer at the University of Roehampton. He said: “That’s That: The Three Loves Of Vala is a wonderful film that shows maturity and excellence in student documentary filmmaking, which is reminiscent of the Russian Filmmaker Sergei Dvortsevoy.”

Julian Rodriguez, Head of School of Media at USW, said: “We are delighted that so many students from the University of South Wales were recognised by the Ffresh Student Media Festival. Taking home eight out of the ten awards is a reflection of their hard work, talent and creativity that will help them to succeed in this industry following their graduation.”

Festival Director of Ffresh, Jody Tozer said: “It was brilliant to see so many people gathering together as part of Ffresh, I think giving students the chance to network with the industry after the awards was a fantastic addition that will hopefully help them make connections that they may use after university. We had some great feedback on the night that this was the case.”