What can be done to prevent head injuries in sport? 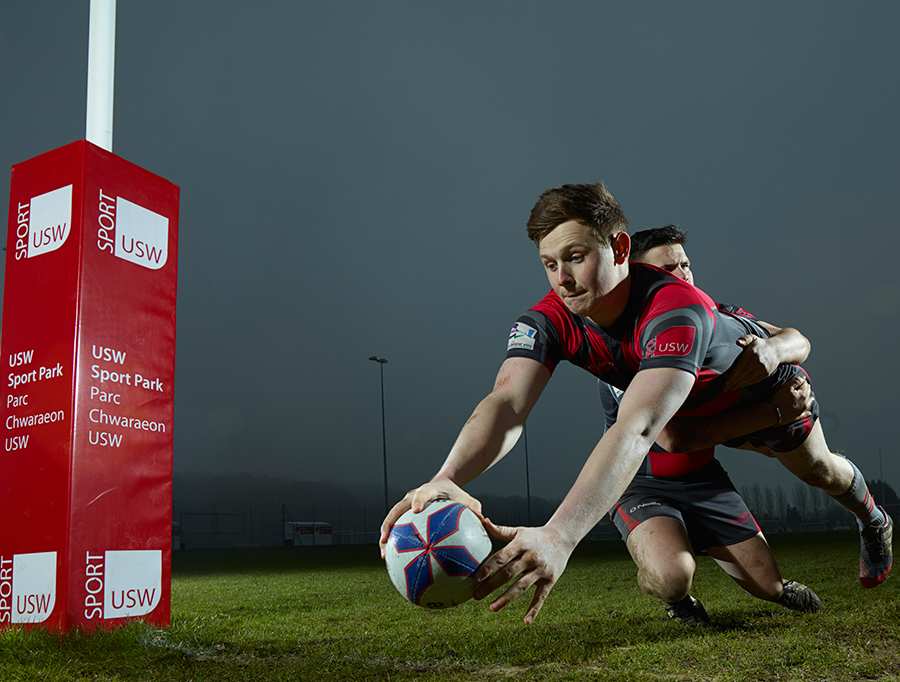 New research from the University of Stirling has shown that heading a football can affect a player’s brain function and memory for 24 hours.

Professor Peter McCarthy, Head of Clinical Technology and Diagnostics Research at the University of South Wales, looks at what the new research means for both football and rugby players.

“Earlier this year, a group of academics and medics questioned whether children should be allowed to play contact rugby in schools. This latest research, although this time into heading a football, raises the issue of head injuries in sport and what can be done to prevent them.

“The effects of repeatedly heading footballs on memory can be considered similar to the effects of the repeated head contact when playing contact rugby; individually not necessarily significant, but cumulatively could result in head and neck ache over the following few days.

“New research from the University of Stirling, shows that heading a football repetitively is capable of affecting memory for at least a day afterwards. It also found that there is an increase in inhibition in the brain in a large proportion of people that headed a football.

“As this effect was shown to last for at least 24 hours and both heading footballs and playing rugby union can similarly involve repeated head impact, what effect is this having, particularly on under 16s who are involved in such team sports and going to school the next day?

“This isn’t a new concern. Heading footballs has been an area of concern for parents as well as sports people since the death of footballer Jeff Astle in 2002 and the subsequent post mortem findings, which reinforced the need to know more.

“This latest study was based on football practice, which, as we all know, is different to playing competitively. In game-play the ball will not necessarily travel where you expect it and the defending players will try to distract you. All of these can add up to the ball not always hitting your head in a controlled way, occasionally catching you unawares and often causing more discomfort than it should with less accuracy as a result. In other words, in a game you probably don’t need as many head contacts to cause the same effects as in practice sessions.

“There is another thing that can affect a footballer’s, or a rugby player’s ability to control their head and make fine adjustments; one of these is the presence of stiff neck or neck pain. Indeed, in another recent study, this time of under 18 year old rugby players, it was suggested that there is a greater risk of a collision resulting in concussion if the player has impaired peripheral vision or neck problems.

“The neck is an area which most athletes ignore. Minor problems are left unrecognised and untreated. As a consequence it leaves the athlete (who could be a football player or rugby player) increasingly vulnerable to further collisions and potentially more likely to suffer a head injury.

“So, if you want to continue playing these games, what can you do to reduce your chances of suffering head injury and concussion; except from taking an extreme view of either “don’t play” or “just carry on as it will never happen to me”?

“The most important thing that players can do is report relatively minor neck and shoulder problems and get treatment soon after the game in which it happened (if that type of support is available). Our own research at the University of South Wales has shown that rugby players generally ignore neck injuries. We have also shown that there is decline in neck function that corresponds with the number of years that someone has been playing, probably as a result of ignoring the relatively minor damage. The result is that 25 year old forwards can have a neck function that you would usually expect in 70 year olds!

“We hear about those players who survive to old age without any obvious decline in mental abilities, just like we all know 90 year olds who have smoked for years: these should be considered the lucky few and not the norm.”