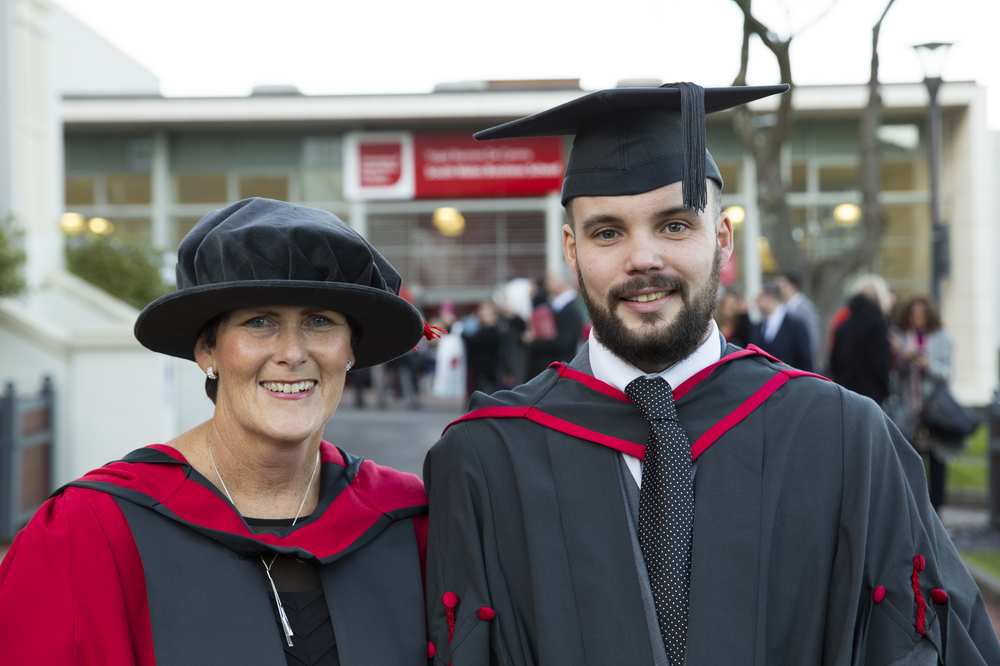 A MUM and son from Marshfield, near Cardiff, received an early Christmas present, when they both received academic awards on the same day.

Dr Diana Callaghan, a senior research assistant, was last Friday awarded her PhD, while her son Ben was awarded a degree in Youth and Community Work at the University of South Wales (USW).

Diana originally worked in the NHS as an audiologist and manager, before doing a degree in psychology. Her PhD has focused on people’s use of the internet to communicate with friends, and how users would share so much intimate information online.

“There were many challenges to study,” Diana said. “The main one being time, because I was working as part-time lecturer, bringing up children, and caring for grandchildren, but also the life challenges that happen over a long period of study.

“Completing the PhD has made a huge difference to me, mainly to my own self-belief but also it has opened other doors for employment opportunities.

“My advice to anyone who is contemplating a PhD in any subject is that you need to be tenacious and determined - it requires a great deal of commitment, and it's not for everybody.”

Ben was inspired to study Youth and Community Work by a youth worker in secondary school, who then became his mentor and guide throughout his education. He did a youth work course in college and then secured a place at USW to study for the degree.

It’s also been a really busy time for him, Diana added.

“During the course he met his fiancée and, during his final year, they had a beautiful little baby girl, so that was a hard time for him to study as there were many sleepless nights,” she said.

“Gaining the degree has meant the Ben has now found a great job in Swansea, with real career opportunities.

“He also learnt that sticking to your plans may be hard when life gets in the way but the sense of achievement is brilliant.”