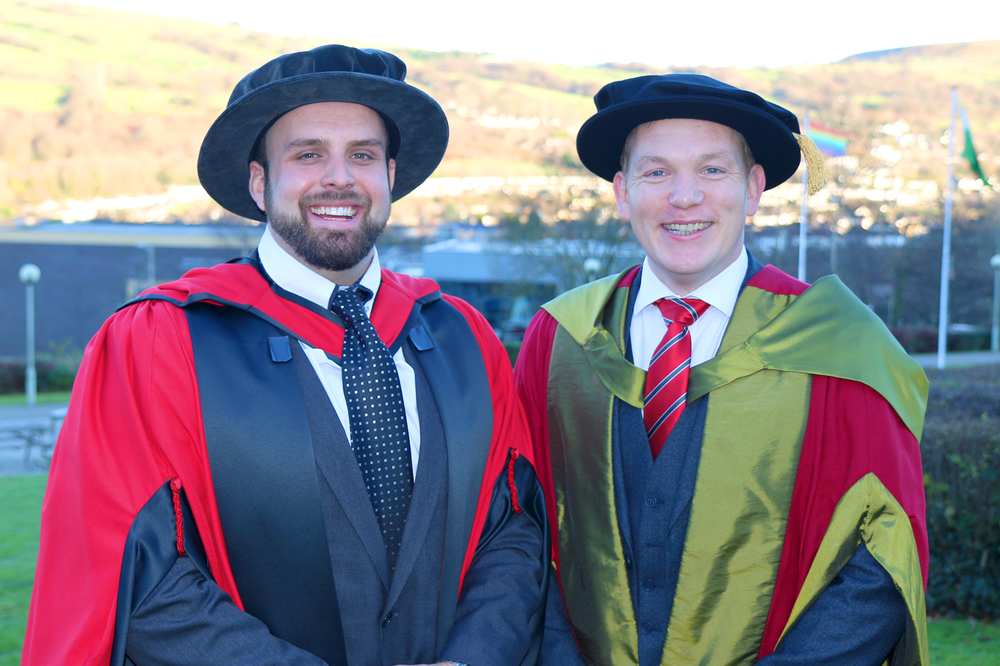 The double world-record holder, who competed in the London 2012 Paralympic games and later in the 2014 IPC Athletics World Championships, was awarded the fellowship during the University’s graduation ceremonies at the Treforest Campus.

Aled, who was born with a combined disability of Talipese and Hemi-hemilia in his right leg, has been involved in sport from a young age and has never let his disability hold him back. While watching the 2004 Athens Paralympic Games at the age of 14, Aled told his parents that he would one day win a gold medal.

At London 2012, Aled became the first Team GB Gold medallist in the F42 discus, with a throw of 46.13m. Then, in 2013, he won a gold medal in both the shot put and discus at the IPC World Championships, becoming become a double World Champion aged just 22.

On receiving his award, Aled said: “I’m very, very honoured, to say the least. It’s very humbling to be recognised for my achievements, along with so many impressive students who are collecting their awards. I’m very, very grateful.

“My university days were some of the best of my life, where I created so many memories that I will cherish forever.

“I was able to build confidence, expand my knowledge and, most importantly, develop my sporting career. My education made me into the person I am today.”