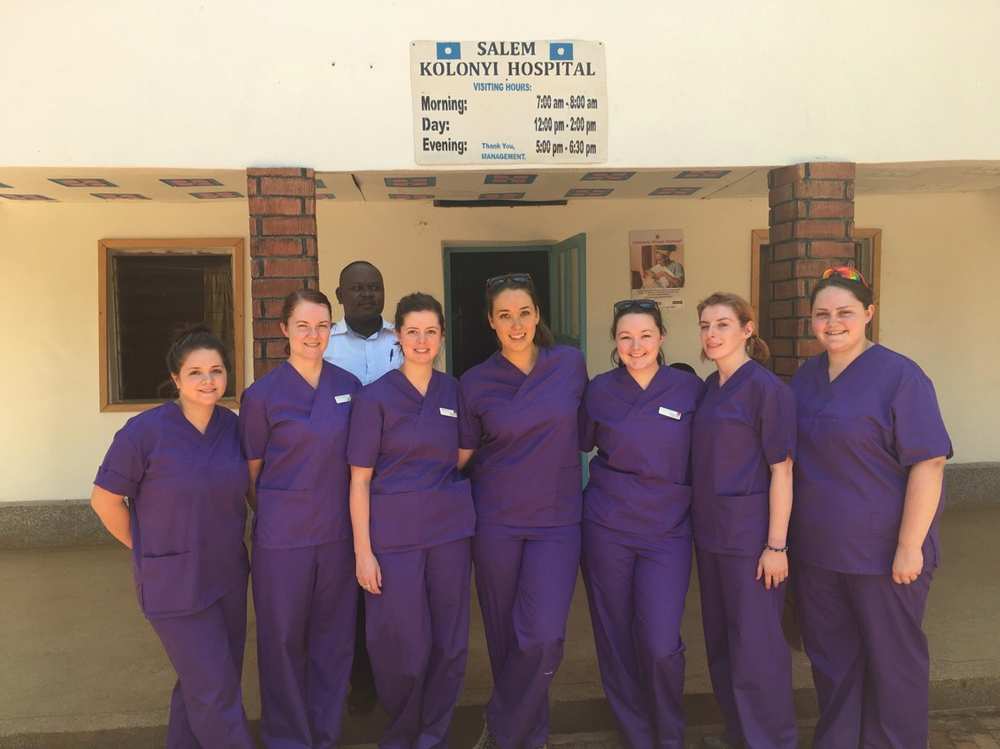 A GROUP of nursing students has taken a first-hand look at the challenges faced by the health services in Uganda.

Seven second-year undergraduates, who are studying for an Adult Nursing degree at the University of South Wales (USW), spent two weeks in the African country as part of a project organised by RCT-based charity Pont, which builds relationships between South Wales and communities in the African nation. A group of USW geography students also made the trip.

The nursing team visited areas across Uganda, including a training school, a women’s self-help group, a charity school in a slum area in the city of Mbale, and talked to village health teams.

For one full day – which the students named Super-60s Saturday – the team concentrated on supporting people who were older than 60 to give them advice on healthcare through a pop-up clinic.

The group also spent time in two hospitals – one that was publicly run in the city of Mbale, which was very busy, and another one in the same area that was privately run but ‘much quieter’.

“It was such an eye-opener,” explained one of the team, Nadine Robinson from Abercynon. “The public hospital was so different to those in this country. I’ll never complain about the NHS ever again.

“There was very little privacy, and once people had been diagnosed with an illness, they then had to decide if and how they could pay for the treatment. A great many of the injuries were caused by road accidents.

“It was also quite normal for women to be giving birth on the grass outside the hospital, which was a very strange thing for us to witness. 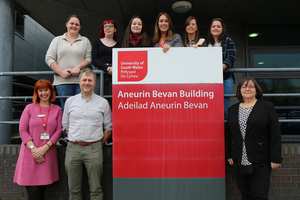 “The private hospital was very different, obviously, but also much quieter. We couldn’t really understand why they didn’t work together to treat more people.”

It wasn’t just the healthcare that was very different to home, Nadine added.

“Many of the people lived in very run-down accommodation, which didn’t seem to be very well built or maintained, but they all had TVs and mobile phones,” she said.

“But what we did notice was how happy people there were. The children seemed to develop much earlier, everyone seemed much healthier, and there were was a very positive attitude to life.”

Dr Nicky Genders, Head of USW’s School of Nursing, added: “It’s fascinating to hear the students’ stories and how their experience in Uganda has given them a different insight into healthcare settings.

“It’s vital that nurses understand how cultural differences can have a massive impact on the sort of care that they can give, and the type of support the patient needs.

“The Uganda trip will help open their eyes to a much-wider range of learning than they might otherwise have had, and it’s great that their study has been enhanced by such a positive experience.”