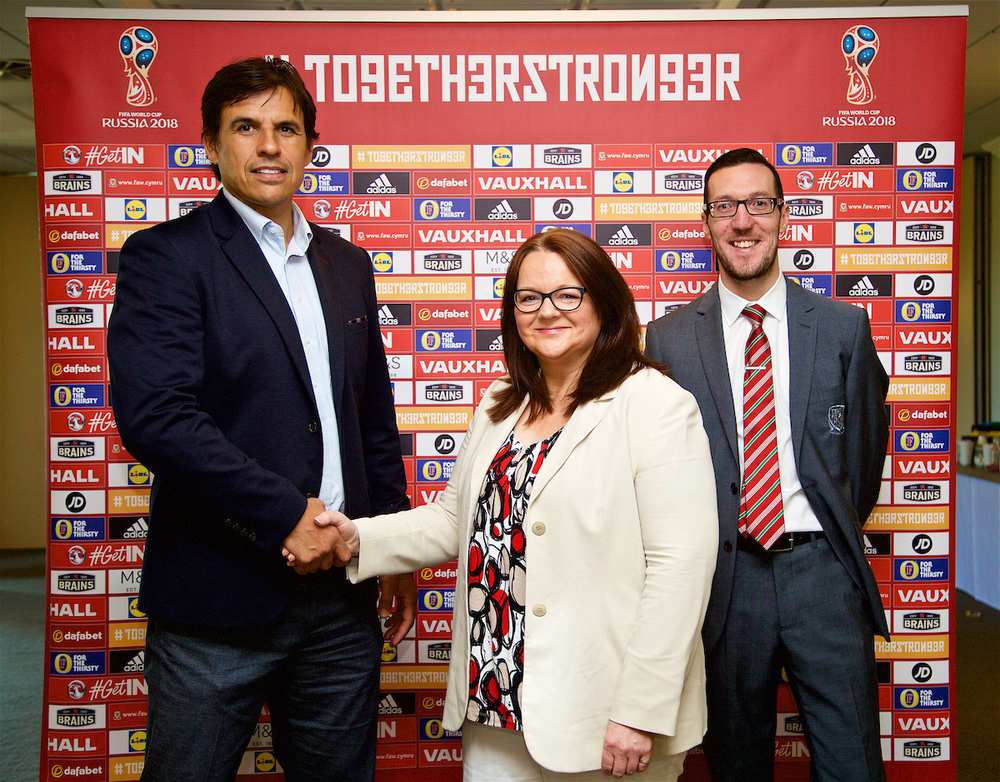 USW and the Football Association of Wales (FAW) has launched an exciting new partnership ahead of the 2017/18 academic year.

Further to the launch of Wales’ first BA in Sports Journalism in September 2017, the partnership will see students gain valuable experience in the field of media, with the FAW providing specific work experience and exciting work placement opportunities.

Both the FAW and USW will work alongside one another to develop meaningful relationships which will result in students having the chance to enhance their skills and future career prospects.

Chris Coleman, Wales manager, said: "Whatever area of sport you're involved in you need drive, dedication and passion, as well as talent, in order to achieve success.  That's as true for journalists as it is for the professional sports men and women they report on.

“As we saw during the Euros last year, fans have an insatiable appetite for information about their teams, and good journalists reflect what's happening - the euphoria and the heartbreak and everything in between.

“The FAW's relationship with the University of South Wales will give the journalists of the future a real insight into the part the media plays in an organisation like this and will I'm sure foster positive relationships for the future."

Julie Kissick, senior lecturer and BA Sports Journalism course leader, said: “It is vital for the success of our new course that we build meaningful relationships with key players in the sporting world and being able to count the Football Association of Wales as one of them is an exciting prospect.

“I worked with Head of Public Affairs Ian Gwyn Hughes at the BBC and with Media Executive Ben Donovan during his time at Swansea City Football Club. Both are well respected members of the media in Wales and I’m pleased to be able to develop those relationships further as a result of the new BA in Sports Journalism.

“Working with a huge brand like the FAW is something most students can only dream of. We are in a unique situation here which will doubtless benefit our students as they seek to develop their journalistic skills and improve their networks.”

Ben Donovan, FA Wales Media Executive said: “I’m delighted to be able to get this partnership off the ground.

“Having been a student myself, I know how important the role of external work placements are as a way of developing skills and enhancing a CV.

“Without the opportunities that were afforded to me, I wouldn’t have achieved anything close to what I have done in my career so far and I’m excited to be able to help USW’s most talented journalism students.

“I have no doubt that this partnership will benefit all of those involved.”