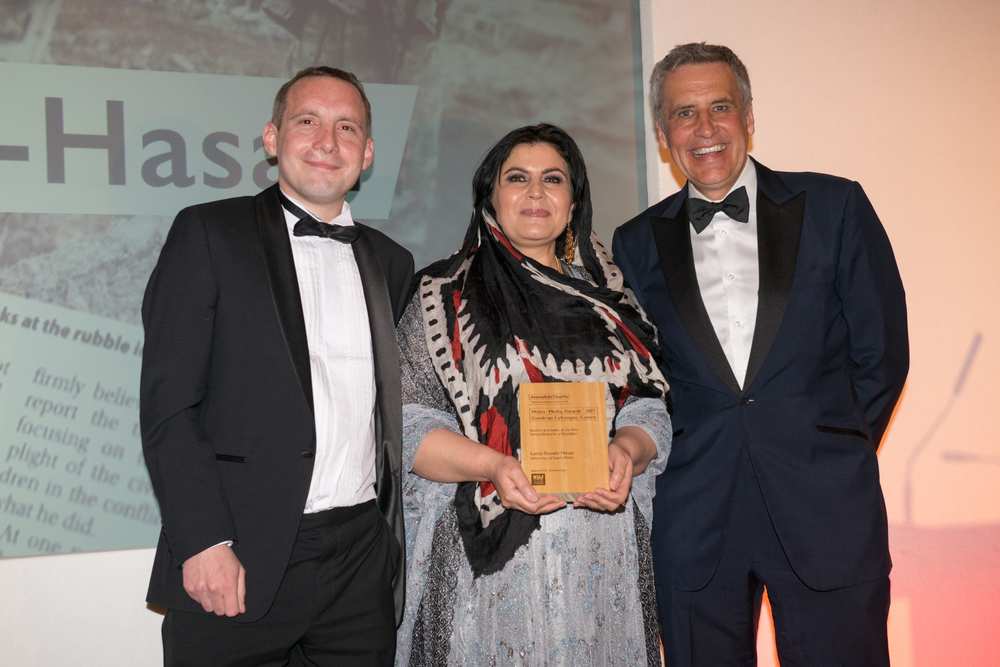 A Kurdish journalism graduate who fled oppression in Syria and rebuilt her life in Wales has been named Student Journalist of the Year.

Ronahi Hasan was given the news at the Wales Media Awards in Cardiff on Friday evening. She graduated with a BA (Hons) Journalism degree from the University of South Wales (USW) last year.

She said she was delighted to have won: “I'm very honoured and humbled to have received the student of the year award.

“I certainly wouldn't have won this award without the support from my parents, family, friends and lecturers at the University of South Wales.

“I'd like to dedicate this to all the brave journalists who report from the frontline risking their lives to bring us the truth.”

Mrs Hasan and her three children were brought to the UK with fake documents by people smugglers eight years ago.

The family witnessed years of routine discrimination and harassment, which eventually resulted in them fleeing in 2008.

“We suffered persecution because we were Kurdish and we had problems with the Syrian regime and that’s why we had to leave,” she said.

“Ronahi faced significant challenges when she arrived on the course, certainly more than most undergraduate students," she said.

“But she has a determination and resilience about her which has ensured that she not only graduated, but her story and the characteristics she displayed from day one were an inspiration to her fellow students and to the teaching staff as well.

“We were very proud of her nomination, but to get the award is even more significant and we are all delighted for her and her family.”

USW had two students nominated for the award, Mrs Hasan and Sammy Jenkins, for her documentary about the impact of suicide.