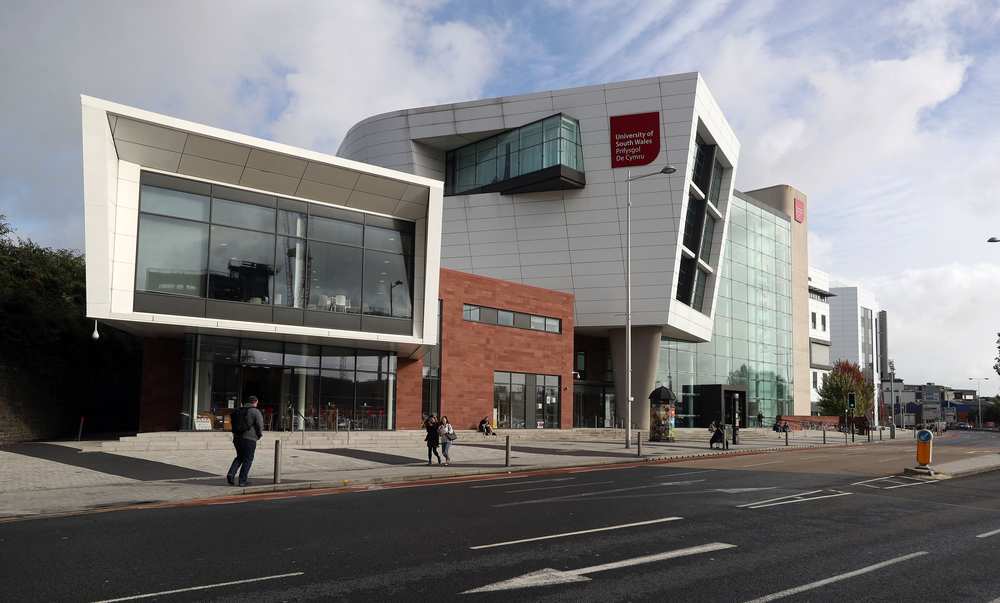 A major development to re-energise film & TV education in Wales is being launched by the University of South Wales (USW).

Based at USW’s Cardiff Campus, which is home to its Faculty of Creative Industries (FCI), Film & TV School Wales will form a focal point for students who want to work in the film and TV sectors in Wales, the wider UK, and across the world. Students at USW partner colleges – including Bridgend College, Cardiff and Vale College, Coleg y Cymoedd, Coleg Gwent, and the College Merthyr Tydfil - will also be able to access the expertise available.

“By working closely with all the major industry partners, it will build closer connections between education, government and industry,” said Professor Julie Lydon, USW Vice-Chancellor.

“Film & TV School Wales will also build on more than 50 years of film educational provision at the USW, previously taught at the University’s Newport Film School.

“Relocating this provision to the heart of Wales’s film and television industry in Cardiff is part of a rationalisation process that will build much closer links between the education and industry to select, support and promote future talent.”

Skills-specific postgraduate courses will each be developed with and sponsored by a major industry employer, and will extend opportunities available to students aiming to find their feet in the sector.

Ken Skates AM, Cabinet Secretary for Economy and Transport, said: “Wales has a strong and growing screen-based economy here that we continue to fully support. Therefore we welcome the launch of USW’s Film & TV School Wales initiative.

“Making sure our skills base keeps pace with industry, and that we have courses directly relevant to the needs we have on the ground, will help us to build the world-class workforce that our industry needs.”

“Wales has blazed a trail in the creative industries over recent years, but we can only sustain that momentum by nurturing and developing our nation’s young talent.

“The BBC looks forward to working with USW to ensure this new initiative makes a lasting impact.”

Deborah Dunnett, Nations and Regions Executive at Channel 4, added: “This is just the sort of initiative that will help attract a wider range of talent and different voices into the broadcast industry and give them the opportunity to develop and hone their skills. Film & TV School Wales is a thrilling prospect and we’re delighted to be on board.”

Full details of Film and TV School Wales are available at http://www.southwales.ac.uk/filmschool/