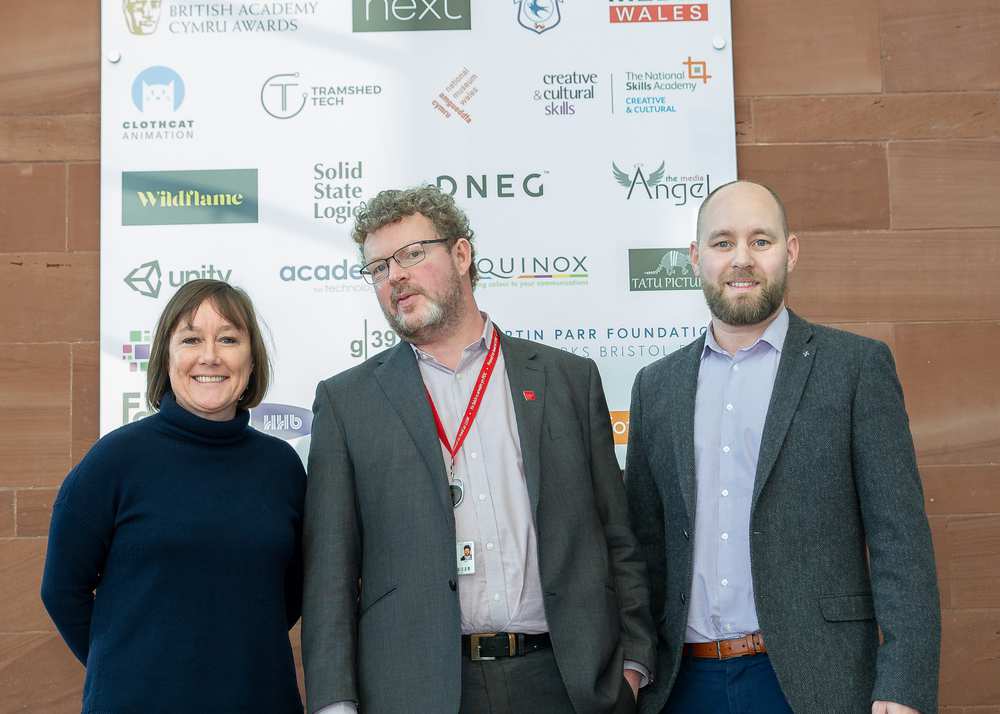 Jo Stephens, MP for Cardiff Central, with Professor Barry Atkins, Dean of the Faculty of Creative Industries and Richard Hurford, Course Leader for the MA Games Enterprise course at USW

Computer Games Design students and graduates from the University of Wales showed Jo Stevens MP the state-of-the-art facilities they use during her visit to the Cardiff Campus.

The group of games entrepreneurs took the Cardiff Central MP on a tour of the campus during the visit, which also included a discussion on how the games industry could be better supported by UK government.

Ms Stevens’ visit was part of a series of events that UKIE – the association for UK Interactive Entertainment – are running with MPS across the country to raise the profile of the UK games industry in Westminster.

With the £5.1bn a year UK games industry growing rapidly, several USW Computer Games Design graduates have gone on to set up their own companies. These include Lauren Filby (National Insecurities), Laura Wells (Mochi Mode) and Sam Metters (Nebular Jam), to name just a few.

Richard Hurford, course leader for the MA in Games Enterprise at USW, said: “Our student games artists and designers are talented, entrepreneurial and passionate about gaming. They have had major competition success at Tranzfuser, Dare to be Digital, Ffresh and Global Game Jam, scooping BAFTA nominations and BAFTA Cymru awards.

“It’s no surprise that our graduates are snapped up by leading employers, while others become leading award winning indie game developers. The Games Design course is one of the longest running games courses in the UK, having started in 2004.”