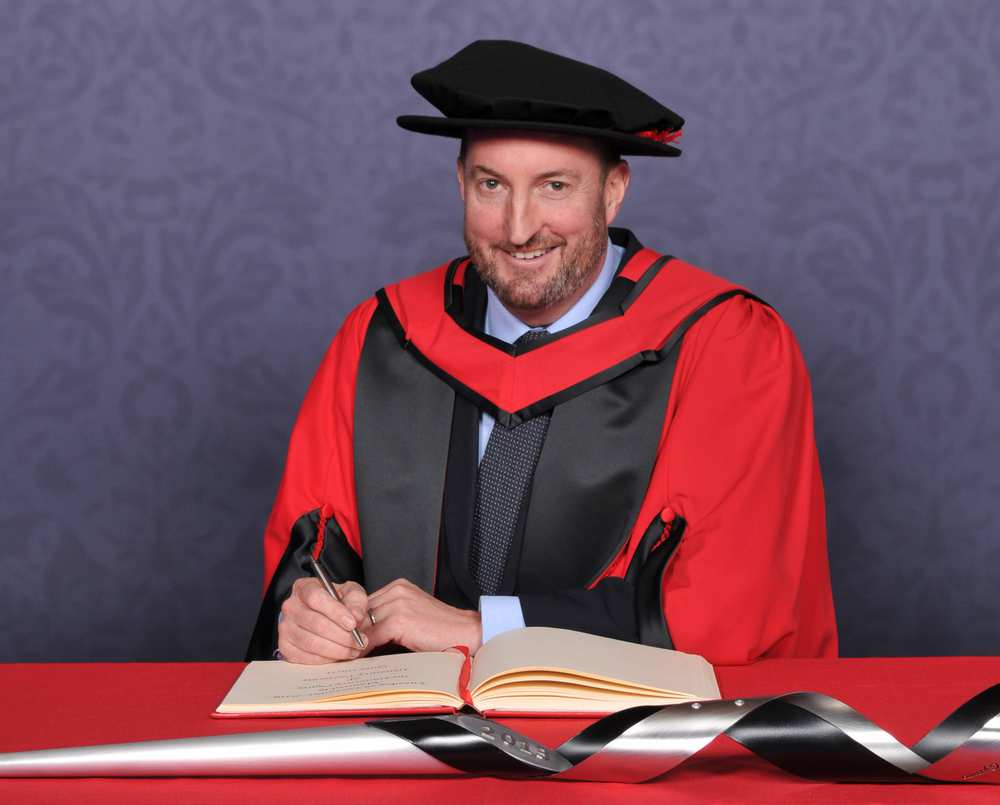 Broadcaster and writer Guto Harri, who worked for former Mayor of London Boris Johnson, has received an Honorary Doctorate from the University of South Wales.

Born in Cardiff, Guto studied Politics, Philosophy and Economics at Oxford University before undertaking a postgraduate course in Broadcast Journalism.

He started his career as a journalist at the South Wales Argus, before moving into Welsh-language radio, national radio and television.

He became the BBC’s chief political correspondent in 2002, before moving onto the role of North America business correspondent until 2007. After leaving broadcasting to work as a senior policy advisor for a public relations agency, in 2008 he was appointed Communications Director for Boris Johnson’s administration as Mayor of London.

Guto joined News International in 2012 as Head of PR and in 2015, became Managing Director of External Communications at Liberty Global, which is owned by Virgin Media.

“It is a great honour to be recognised by the University of South Wales as a recipient of an Honorary Doctorate,” he said.

“There has never been a more important time for bright young people to go out and report what is going on in the world; to say what is right and what is wrong. In an age of fake news, today’s graduates need to be able to make sense of the world, and hold the rich and powerful to account.

“I’m also fascinated to learn about the array of courses available at USW and pleased to see so many future police officers, investigators and nurses cross this stage today – the people who will prop up Wales and prop up Britain. It’s a real privilege to be in your presence today.”