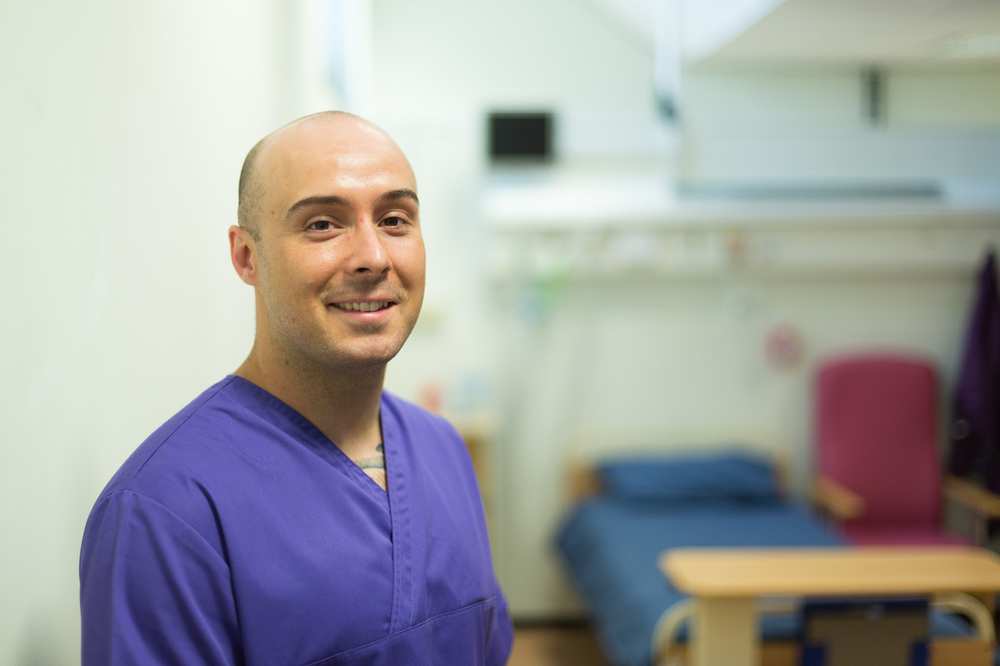 Held at Cardiff’s City Hall on Wednesday night, the annual ceremony recognised individuals for their outstanding achievements, including their positive influence on best nursing practice and improving the care given to individuals and communities in Wales.

They awards were attended by Deputy Vice-Chancellor Professor Sara Owen; Dr Martin Steggall, Dean of the Faculty of Life Sciences and Education; and Dr Nicky Genders, Head of School of Care Sciences.

A second-year student, he has already received a conditional offer of employment as a Registered Learning Disabilities Nurse within Aneurin Bevan Local Health Board. He is also in the process of creating a website that will provide free downloadable resources for people supporting individuals with a learning disability.

“As students we have the privilege of working alongside a multitude of academics, clinical professionals, carers, families and individuals accessing and working within healthcare. It’s our job to absorb as much good practice as possible during these encounters and reflect on how those skills can be implemented to inform positive outcomes for those within our care," said John-Marc.

"I think this award just reflects some of the wonderful people I’ve been fortunate to encounter during my journey thus far and the skills and attributes they’ve been kind enough to share."

Rachel Morgan, Specialist Lead (Learning Disabilities) and Senior Lecturer in the Faculty of Life Sciences and Education, said: “John-Marc is outstanding both in practice and within the classroom. He is always professional and courteous, whilst being a key contributor to classroom discussions.”

Also winning at the awards were Professor Ruth Northway, who received a Lifetime Achievement Award for promoting nursing and learning disabilities nursing. This was the second honour Prof Northway has won this month, after she was awarded the Chief Nursing Officers’ Award for Lifetime Achievement at the Nursing Times Awards on November 1.

Dr Nicky Genders said after the ceremony: “We are extremely proud of these awards as they recognise lifetime achievement, early career success, and the dedication of those just starting out in their career in nursing.”

Find out more about studying nursing at USW.