Astronauts’ brains could become ‘leaky’ during trips between planets 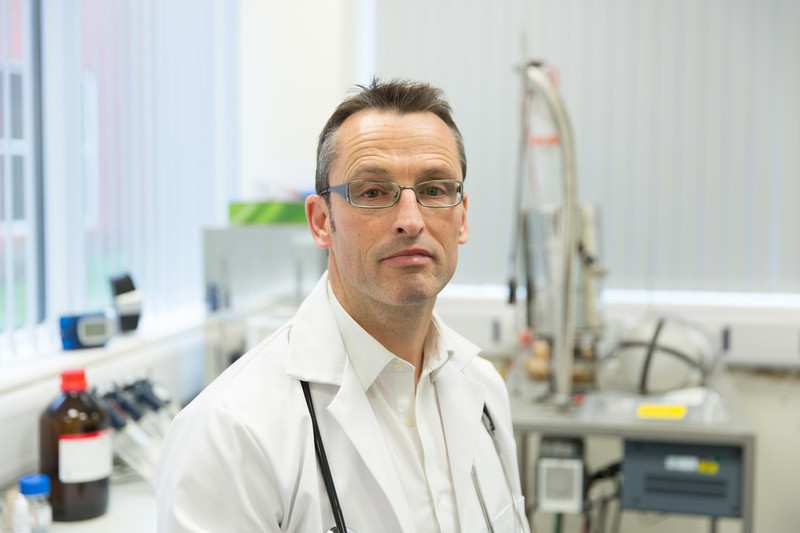 HUMAN brains could become ‘leaky’ if subjected to long-term space flights and changes in gravitational forces, a University of South Wales (USW) expert has found.

Professor Damian Bailey made the findings during a second round of experiments he has performed in a weightless environment while flying on what is affectionately known as the ‘vomit comet’.

The specialist aeroplane, which is based in Bordeaux in France, flies a parabolic route – basically following a series of up and down curves resulting in hypergravity, which is almost twice a person’s normal bodyweight, during the time the plane climbs, with zero-gravity experienced during the 20-second ‘dive’ part of the trip.

In autumn 2018, Prof Bailey spent a week in France performing similar experiments to look at how space flight can affect the way blood makes its way through the brain. The experiments were funded by the European Space Agency (ESA), for whom Prof Bailey is also providing consultancy services to review grants for human experiments conducted on the International Space Station.

His latest experiments, funded by the French Space Agency (CNES), have taken the research to the next step and have been looking at what impact long-term exposure to a weightless environment could have on the human brain.


“NASA has identified the build-up of pressure inside an astronaut’s brain as the top health risk for long-duration spaceflight, including a manned mission to Mars,” Prof Bailey said.

“There is concern about spaceflight-associated neuro-ocular syndrome – such as blurred vision and headaches – and what causes it.”

During the latest experiments, Prof Bailey measured blood flow to different parts of the human brain and took blood samples before, during and after the zero-G periods of the flights. This is the first time these experiments have been undertaken, and are the best ground-based simulation of human spaceflight that currently exists.

“After performing more than 90 parabolas in total, the experiments showed that blood flow to the back of the brain increased when the brain becomes weightless,” Prof Bailey said.

“This was associated with a gradual build-up of free radicals especially nitric oxide, an invisible molecule that allows vessels supplying blood to the brain to relax and open up. As a result, the blood-brain barrier that helps protect the brain became progressively ‘leakier’, which could lead to both swelling and rising pressure inside the brain.”

The research has highlighted a key issue for organisations which are planning long-term manned space flights.

“These findings are the first to suggest that major difference in gravitational pressure on human – for example when taking off and going into space or returning to Earth or landing on another planet - can increase blood-brain barrier permeability,” he said.

Prof Bailey has also been informed this week that he has been chosen to sit on the ESA's Life Sciences Working Group for four years from next January, in a role which will help monitor programmes carried out by the ESA's Directorate of Human and Robotic Exploration.