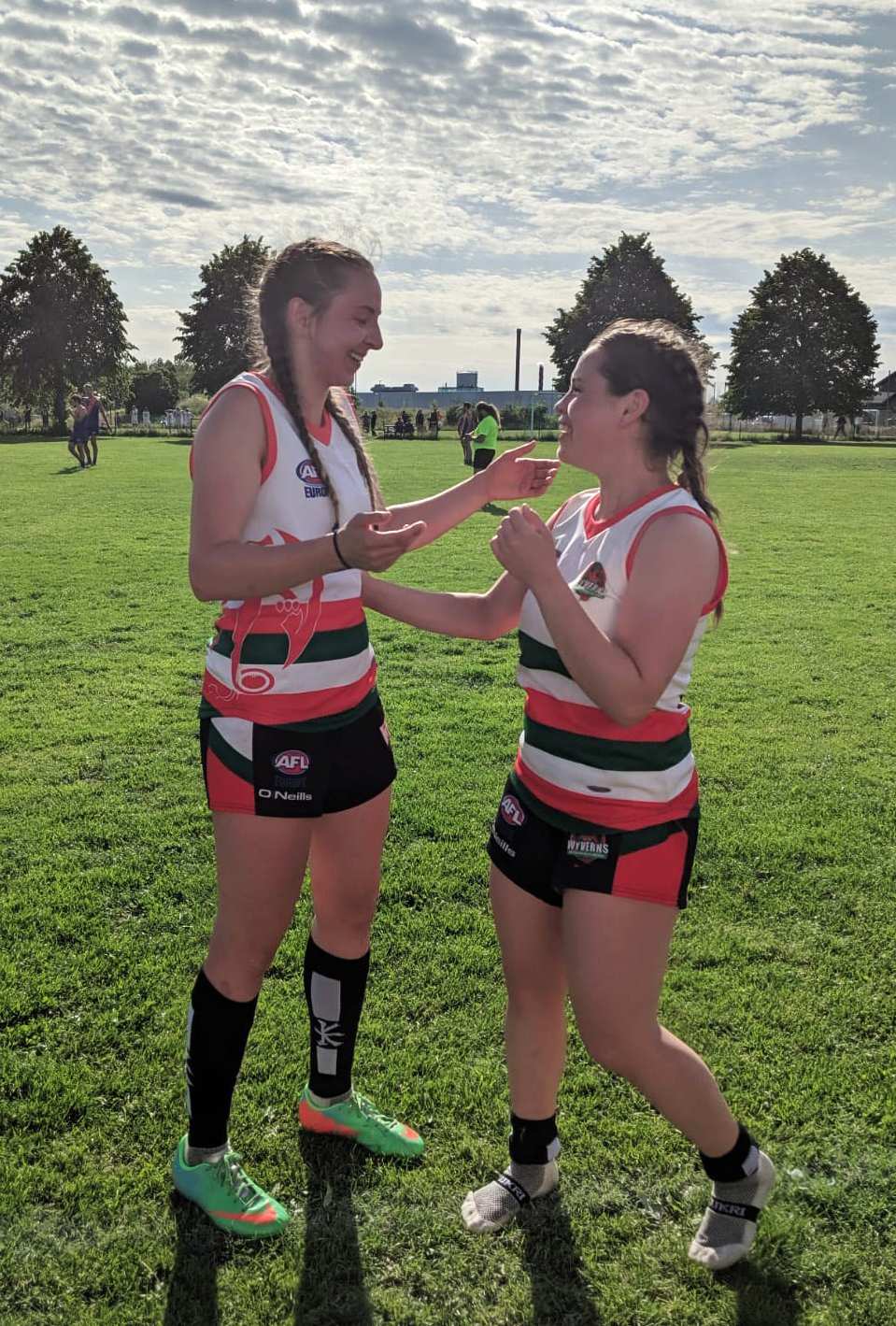 Two University of South Wales students have been named in the Great Britain squad for the 2019 Australian Football European Championships next week.

Best friends Nicole Hagan, an MSc Strength andConditioning student, and Martha Williams, who has recently graduated from the BSc (Hons) Adult Nursing degree, will make their first competitive appearances for the GB Swans at the tournament, which will be held in London from 9 - 12 October.

Nicole, from County Armagh, and Martha, from Aberystwyth, both 24, shared halls of residence during their first year at USW, and decided to try Aussie Rules football after discovering its similarities with Gaelic football – a sport Nicole had played when she was younger.

After joining the Cardiff Panthers for a training session, coaches quickly realised their potential and invited them to trials for the GB squad. They were then selected in July this year for the AFL European Championships.

This year, Nicole and Martha competed in the inaugural National University League, as part of the combined Universities of South Wales team, which has players from USW, Cardiff University and Cardiff Metropolitan University.

“I was so shocked when we had the call to say we’d been selected,” said Martha, who is about to start work as a staff nurse at the Royal Liverpool Hospital.

“Other players in the team were so experienced that I didn’t think we’d have a chance – especially me being a complete beginner.

“This is such a brilliant opportunity, and the fact that Nicole and I will be experiencing it together makes it even more exciting.”

Nicole, who is about to start her Masters course at USW, tried volleyball when she first started university, but soon realised it wasn’t the sport for her.

“I was terrible at it!” she said. “So I decided to try Aussie Rules and absolutely loved it.

“Martha and I had loads of fun and used to joke about getting selected, but we didn’t think for one minute that we actually would.

“The trials were a complete eye-opener as we could see how good the established players were, and that motivated us to improve our game.”

“The facilities at USW have been fantastic for my training. We have the strength and conditioning room at the Sport Park, which helps with injury prevention as Aussie Rules is such a physical game, and the track is great for practicing speed and agility.

“We can’t wait to get to London for the championships and make the most of our chance to represent our country.”