Challenging yourself in retirement 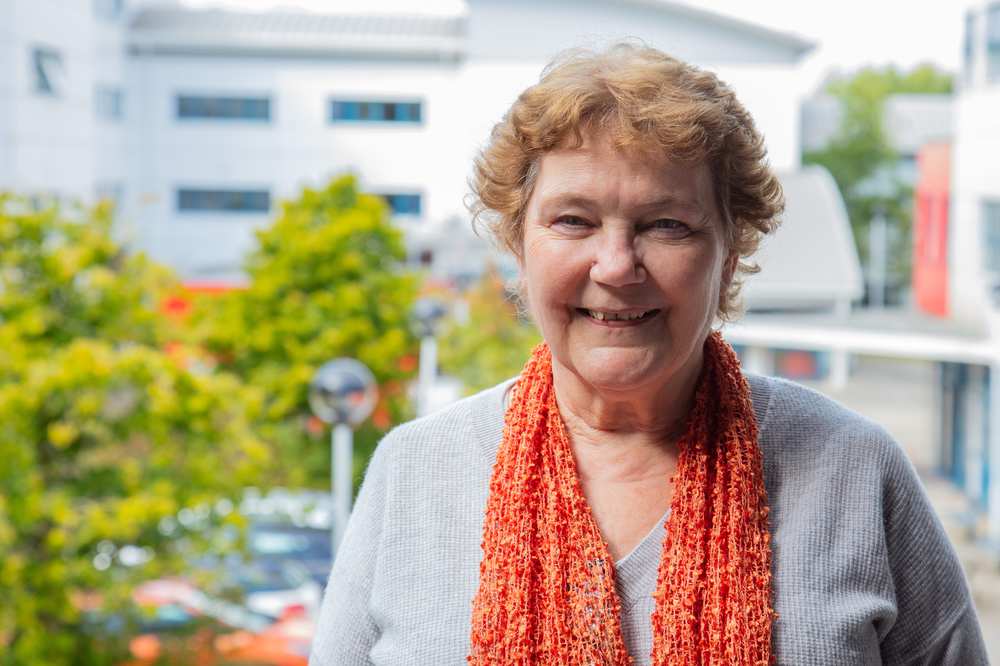 A grandmother in her sixties is encouraging mature students to step back into education later in life.

Angela Mison, 68, is coming to the end of an MSc inComputer Forensics at the University of South Wales, having decided that she wanted to challenge herself once she had retired.

Angela, who lives in Ferndale said: “I was bored and I was looking for something to do. I lived fairly close to the University, so I decided to have a look at what courses were available.”

Having completed her first degree in Computing Science and Accounting as a single mum of two in the 1980s, Angela was nervous about stepping back into education.

“Before I took the decision to come to University, it had been 15 years since I had been in work and I was apprehensive about starting the course. I had originally wanted to do languages, but that option wasn’t available, so I had a look at what else the University offered,” she said.

With a background in computer development and accounting, Angela decided to enrol on the MSc Computer Forensics. The course is certified by the National Cyber Security Centre (NCSC), who provide support to critical organisations in the UK when dealing with cyber attacks.

“It seemed to fit in best with my experience of solving problems and using analysis,” Angela explained.

During Angela’s career, she worked with formal specification techniques, taking problems and visualising them in logic.

She worked for companies including ICL, BT, the National Computer Centre as well as British Aerospace, before undertaking a PGCE in maths.

She said: “Then came the dot com boom, and I moved into project and programme management, before starting my own software development business.”

Angela worked with clients including Unilever, before taking the decision to step away from the world of business to look after her elderly parents in 2003.

She said: “I feel since being on this course, it is the first time I have ever used my brain fully. I never had to do anything practical in my career – I always looked at the problems and came up with the solution that someone else would implement. But here I have had to pick up the metaphorical screwdriver myself. It has been enormously challenging, but I have learnt so much.

“I think my past experience in business has enabled me to take a bird’s eye look at a problem and perhaps analyse situations in a different way.

“I would encourage anyone who is thinking about coming to University later in life to give it a go. I have had a great experience and I cannot recommend it enough.

“I have enjoyed working with the other students, it has been a very cohesive group and the lecturers have been kindness itself. When you get to my age, you aren’t coming back to University because you want a job. It’s been a challenge, but very rewarding and I have enjoyed myself hugely.”

On completing her Masters this Autumn, Angela will be staying on at the University to start a PhD.

The Welsh Government has today (Friday 30 August) announced incentives for Welsh students to do their Master’s degree in Wales to open up higher education to more people while attracting graduates to remain in or return to Wales.

If you are interested in returning to higher education, the University of South Wales is holding a postgraduate and part-time open evening on Wednesday 4 September, from 3.30pm to 6.30pm. Teaching staff at the University’s Cardiff, Newport and Pontypridd campuses will be available to talk about the courses available. To book your place at the open evening, please visit: www.southwales.ac.uk/opendays