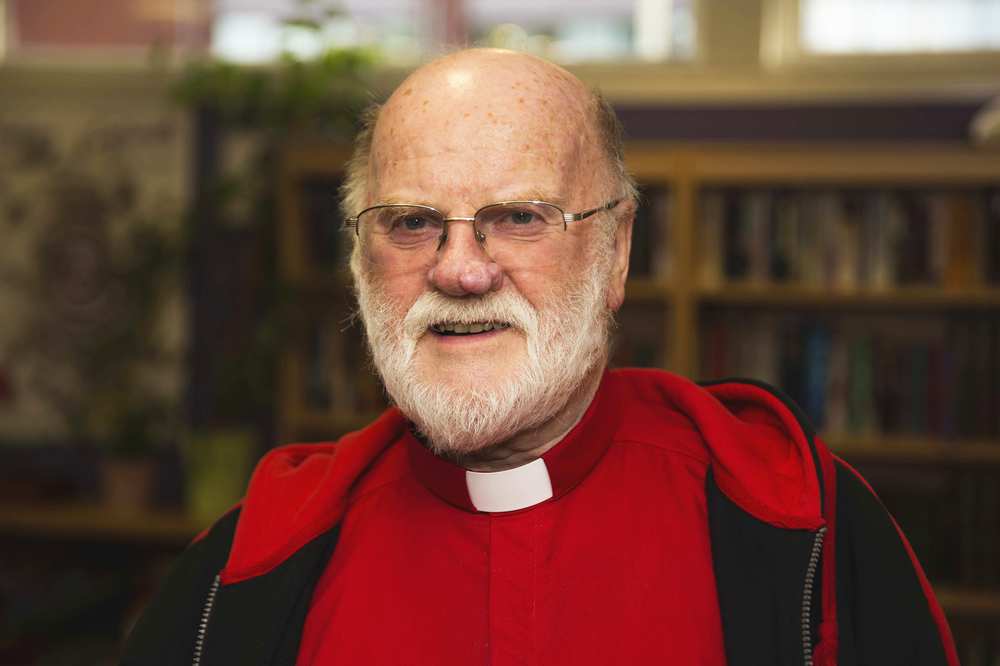 Ray Vincent, Associate Chaplain at USW, has been named Gay Role Model of the Year

The University of South Wales (USW) has double reason to celebrate the unveiling of Stonewall’s latest list of the UK’s Top 100 LGBT inclusive employers.

Announced today, USW makes number 43 in the list and is one of seven new entries from the education sector to make it into the top 100. It is the only university in Wales to be a new entry in the list of top performers.

There is also a personal accolade in the annual awards. Each year, Stonewall also names individuals and groups who have made an outstanding contribution to LGBT inclusion in their workplace.

Amongst this year’s award winners is Ray Vincent, Associate Chaplain at USW. Ray has been named the Gay Role Model of the Year for his work on championing LGBT equality within the workplace.

“Being a role model doesn’t necessarily mean being an especially virtuous or courageous person,” Ray said.

“I think its chief function in the multi-cultural environment of a university is to reassure anyone with doubts that it’s OK to be gay. At the same time, I feel challenged to be more visible and to work harder to encourage and help people to be who they are.

“As a Christian minister, I am very much aware of the pain caused to LGBT people by the attitude of many people in the churches – I have felt it keenly myself, and I deeply regret that this is still the experience of many today.

“But the Christian community is very diverse, and I am thankful for all those Christians who have supported me and who go on loving me just as I am.”

Twelve of the top 100 LGBT-inclusive employers are Welsh, including the National Assembly for Wales, Welsh Government, Betsi Cadwaladr University Health Board and Victim Support. Five universities in Wales are in the top 100, while five of the 14 Top Trans-inclusive Employers are in Wales.

Professor Julie Lydon, USW Vice-Chancellor said:  “USW is so proud to have risen 61 places in the Stonewall Workplace Equality Index and to now be ranked 43rd out of over 450 inclusive employers.

“The Index features organisations across the UK that are doing pioneering work to become inclusive employers, so it is an exceptional achievement for us to be placed within the Top 50 in only our third year in participating in the Index.

“We really feel this shows that USW is an inclusive place to work, with a clear commitment to furthering LGBT+ equality across all of our policies and practices.

“Our LGBT+ Staff Network, LGBT+ Role Models and LGBT+ allies work with so much energy and enthusiasm to engage with staff and students and implement innovative initiatives to promote LGBT+ equality, and I’m thrilled we have received this recognition of their hard work and commitment.”

Andrew White, Stonewall Cymru’s Director, said: “Stonewall was set up 30 years ago to fight against Section 28 – a vicious law that aimed to ban the ‘promotion of homosexuality’ in educational settings. To now see higher education institutions dominating the Top 100, including five from Wales for the first time, shows not just how far we’ve come, but gives a real positive message for the future.”

Full results of the Top 100 Employers list can be found online at: www.stonewall.org.uk/t1002019