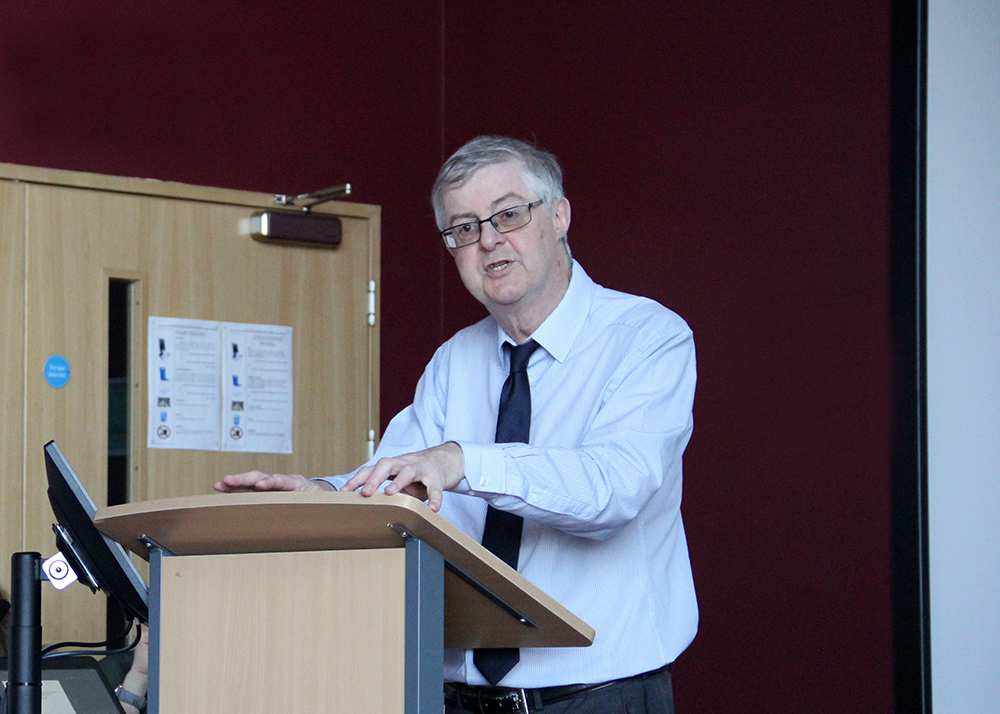 First Minister Mark Drakeford AM was the keynote speaker at a USW conference exploring change, innovation and skills in Probation practice.

The conference, organised by Professor Mike Maguire of the USW Centre for Criminology in partnership with the Ministry of Justice, was held at the Newport Campus this week (Monday 13th May).

As a former probation officer, the First Minister welcomed the return of all probation services in Wales to the public sector later this year. He set out his vision for an effective Welsh probation service, emphasising the importance of closer links with local communities, courts and welfare agencies, as well as commitment to research and evidence based practice. He also saw room for more use of professional discretion by officers, and a greater voice in policy for the service as a whole.

The Director of the National Probation Service (NPS) Wales, Ian Barrow, and Head of Service Integration, Louise Forman, gave overviews of key policy and practice developments, including the growing focus on trauma-informed work with offenders, drawing on the greater understanding being developed by Public Health Wales of the impact of ‘Adverse Childhood Experiences’ (ACEs) on future adult behaviour.

Professor Peter Raynor of Swansea University and David Trott from Jersey Probation Service described their use of video recordings of probation staff’s meetings with clients, in which they assess skills in areas such as engaging attention and the structuring of sessions. They found that offenders supervised by officers who scored highest on supervision skills reoffended at a lower rate than others.

Bernie Bowen-Thomson and Karen Maxwell of leading Welsh charity, Safer Wales, talked about their work with women released from prison, which they undertake jointly with probation staff who are co-located with them in their offices – an arrangement which makes the women feel more comfortable and trusting and increases compliance with licence conditions.

Finally, Professor Jason Davies and Gayle Gilder of Swansea University described the role that psychologists were playing in advising probation staff who supervised high risk offenders with personality disorder, helping them to formulate deeper understanding of individuals’ thinking and behaviour.

Professor Maguire, who chaired the debates, will be involved in advising NPS Wales on its new operating model, and felt that the conference had been extremely useful in airing ideas for developing innovative practice as the new arrangements take shape.